Camino de Santiago legends that you may not have heard 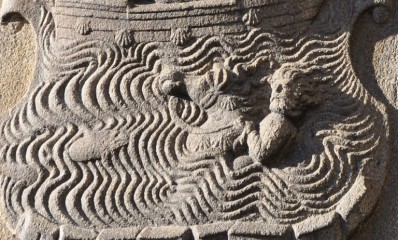 The whole world knows about Santo Domingo and the chicken that sang after being roasted. While we don't want to take away from this and other well-known legends, today we'd like to share some lesser-known, but equally interesting and entertaining, tales. Autumn is story time season. Learn and share with other pilgrims after finishing a rainy stage, finally settled in your hostel, dry and tucking into a nice meal.

Ready? Here we go: “Once upon a time on the Camino de Santiago...”

1. Why a scallop? The story of 'O Cabaleiro das Cunchas' 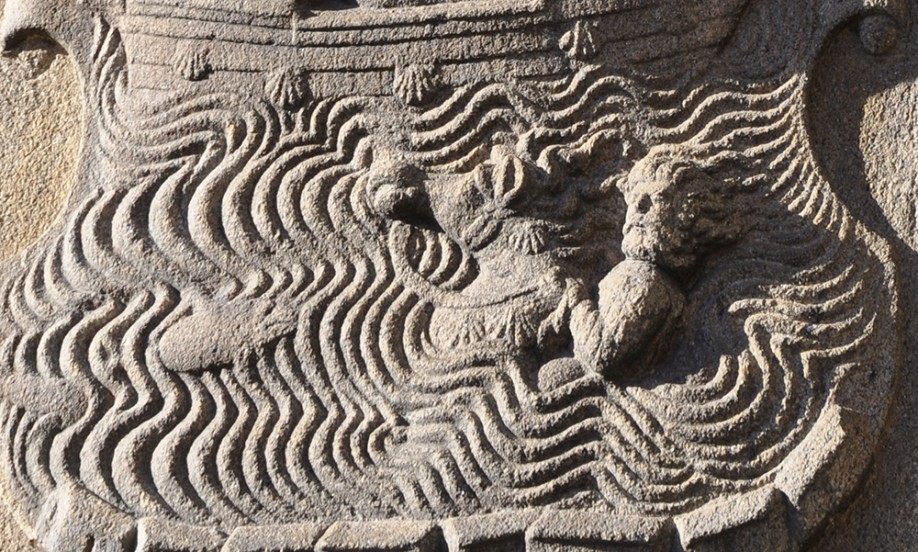 This legend is part of the myth of Traslatio, the journey of Atanasio and Teodoro with the remains of the Apostle from Palestine to Galicia. The raft of stones was near the coast of Galicia, according to the story, in Bouzas, a fishing village near Vigo.

There was a wedding on the beach and, as part of the celebration, the groom and guests were playing with lances. This entertainment consisted of throwing lances or 'bofardas' in the air and catching them on horseback before they hit the ground.

During the groom's turn, a gust of wind deflected the lance out to sea and, determined to get it back, the young man sunk beneath the waves. After some time, he didn't get out of the water and the nuptials ended in tragedy.

But right at this moment, Santiago's boat approached and a miracle happened: both the rider and the horse emerged from the waters...covered in scallop shells. His own disciples decided that as a sign of devotion and in memory of this miracle, all who pilgrimage to the tomb of the Apostle Santiago should bring this symbolic shell.

2. Queen Lupa, the oxen who weren't oxen and the dragon 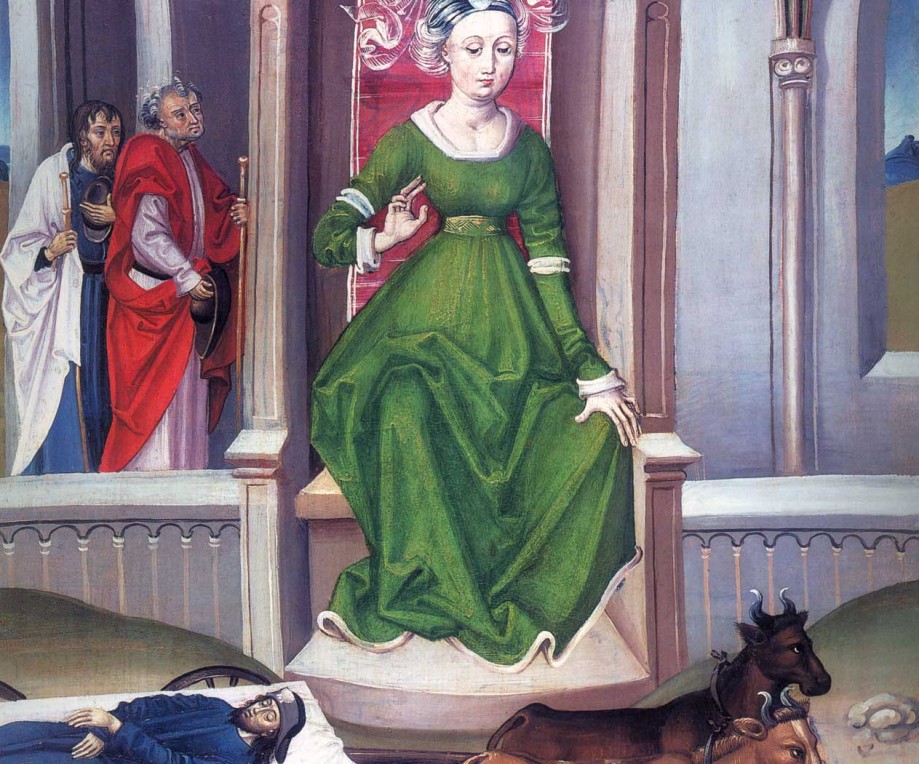 Another one of the most famous legends of the Traslatio is the encounter between Atanasio and Teodoro and the pagan queen Lupa. Upon arrival to Iria Flavia, travellers were directed to Queen Lupa, a powerful pagan noble who dominated the lands where they intended to bury their teacher, and whom they asked for a means of transport. She gave them a cart and sent them to seek oxen...which were actually wild bulls. Entrusting it with the body of the Apostle, the disciples began to pray. Lupa was a witness to the first miracle: the bulls were suddenly tamed and could be yoked to the cart. But that was just the beginning.

Trying with all her might to prevent the remains of Santiago from being buried in her lands, the queen tricked the entourage by sending them straight into the jaws of a dragon. However, the disciples conquered the beast with the sign of the cross and, totally convinced, Queen Lupa surrendered her power and converted to Christianity.

3. The 'Fuente Reniega', where a pilgrim beat the Devil himself 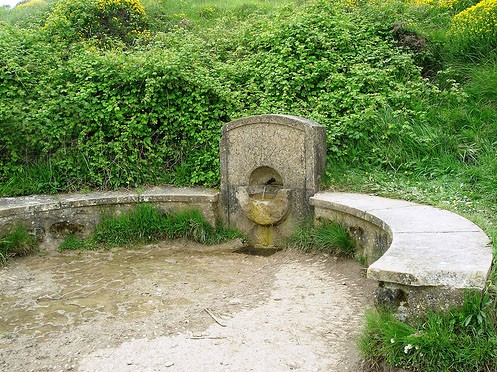 A few kilometres from Pamplona, the pilgrim has to climb the Alto del Perdón. In midsummer, this is no easy task, and without water it is even more difficult. This was precisely what happened to the young pilgrim of this particular legend: alone and without water, strength failed him and the Devil himself appeared at this moment of weakness, offering him water if he renounced his faith in God, in the Virgin and in the Apostle Santiago.

Obviously, the devout pilgrim refused three times and, to make himself perfectly clear, he knelt down and began to pray. Immediately, the Demon evaporated and in his place a water spring appeared that still to this day quenches the thirst of passing pilgrims.

4. The Virgin and the bird 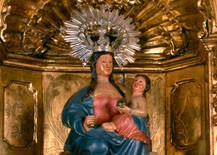 This story takes place at the Puente la Reina, one of the most well-known enclaves of the French Way and is perhaps the most recent of this selection, since it took place in the early decades of the nineteenth century.

According to chroniclers of that time, a txori (a bird, in the Basque language) began to appear in the chapel of the Virgen del Puy, simply there to remove the cobwebs and insects from the sculpture. They say the bird even collected river water in its beak to wash the face of the Virgin. As the bird returned again and again, the residents of Puente la Reina began to take this as a good omen and celebrated all of its visits in style.

It seems that his peculiar winged maintenance service was active until 1843, when the turret that housed the image of the Virgin collapsed, which can now be seen at the Church of San Pedro. 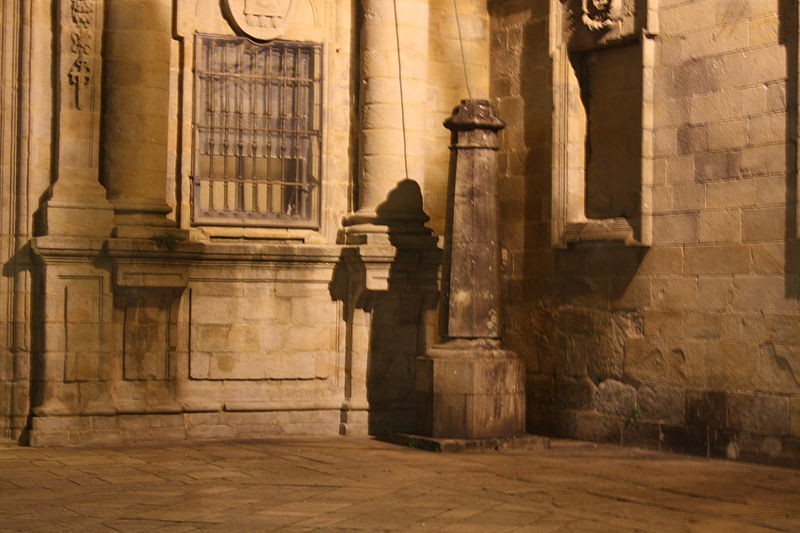 Santiago de Compostela is a city full of stories that are more or less fantastical. One of these includes the mysterious silhouette of a pilgrim who appears every night on one of the walls of the Cathedral that overlooks the Praza da Quintana. There are two popular versions of the identity of this ghost.

According to the first one, it is a clergyman from the Cathedral who, in love with one of the nuns from San Paio of Antealtares, proposed escape under the cover of night posing as pilgrims. She agreed at first, but ultimately did not meet him. He is still waiting every night wearing the clothes of a pilgrim.

The second version stars a sinister character, the French noble Leonard du Revenan, who murdered his own father to inherit the honours. Brought to justice, he was sent to Santiago de Compostela as punishment. However, during his journey he killed two more people. Upon arrival to Santiago, he couldn't find anywhere to sleep, so he spent the night against the wall of the Cathedral. In the middle of the night, his father appeared to him, forgiving him for his murder but condemning him to wait in that same place forever until the souls of the two other victims came to Santiago to offer him mercy.

Would you like to share another legend or myth from the Camino? Don’t hesitate to leave a comment here or on social media. We’re sure they’re countless!