A Camino full of stories 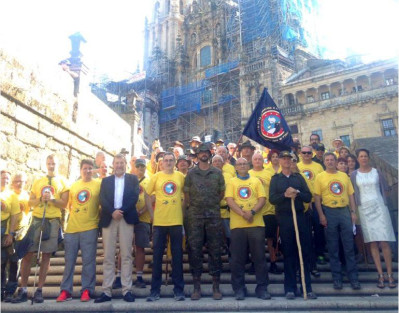 September is also the high season on the Camino de Santiago and the routes continue to receive people from all over the world. The more pilgrims there are, the more myriad stories there are: curious, exciting, fun...Thanks to social media and local media, every day we find something that brings a smile to our faces and we want to share this with you.

Here are some of our favourites from recent months. We hope you like them too!

The 'Pingüirinos' from the Antarctic way

Of all the stories we'll tell you today, this is perhaps the most epic. The BIO Hésperides crew travelled 14,075 kilometres from their operations base in Antarctica to Santiago de Compostela, where they arrived on 7 July. An odyssey that began in February and led the expedition through seas and ports half way across the world. 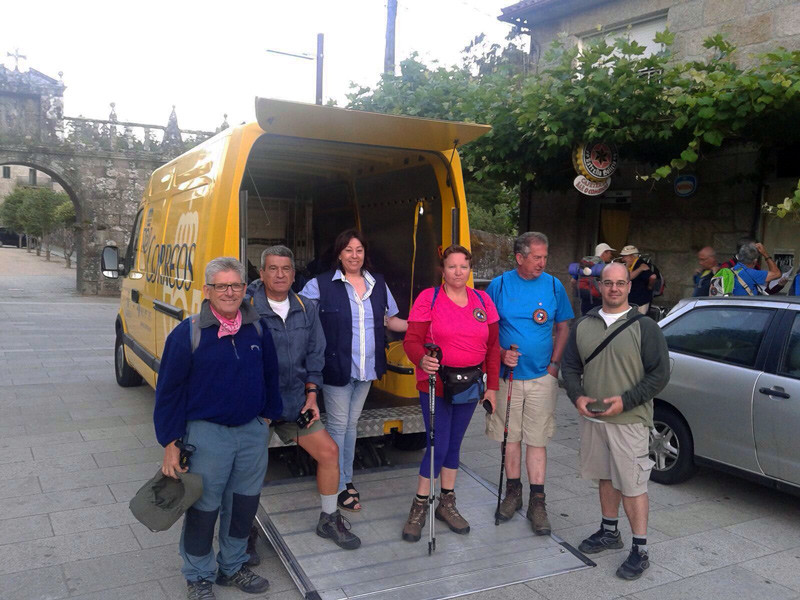 Together with representatives from the Federation of Societies of Friends of The Way, the Ground Forces, the Xacobeo and other authorities, part of the El Camino Con Correos team shared the last kilometres of their adventure, including the arrival of the 'pingüirinos' to the Obradoiro. A unique moment! For now, the Antarctic Camino has symbolic value...but who knows? All of the Caminos began with a few intrepid pilgrims ;-) 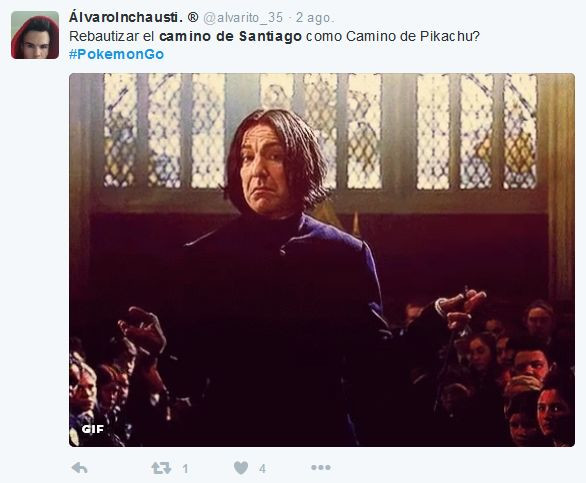 We're sure that many of our readers are hooked on PokemonGo. Why not bring together the Camino de Santiago and this addictive game? This was the case with the first pilgrim who found a Pokemon unexpectedly on his route and let social media know all about it. We don't know who he is, but his idea went viral. We must confess that we have enjoyed following this phenomenon on Twitter, because it involves quite a bit of humour and it almost always makes us smile. 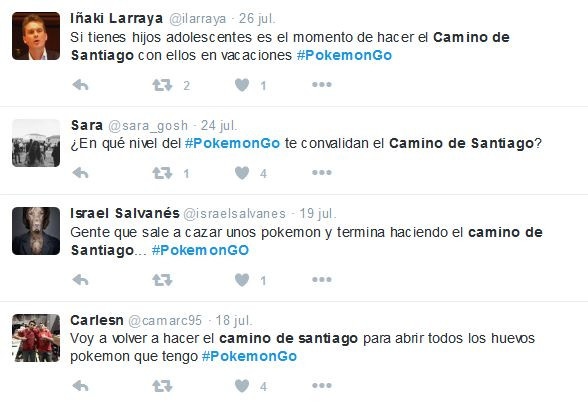 And as a finishing touch, we’ve discovered that we have a Pokemon at the main Postal office in Santiago! And it’s not the only one in the area; if you want to catch them all, this map can help you.

The 'Vuelta a España' on the Camino 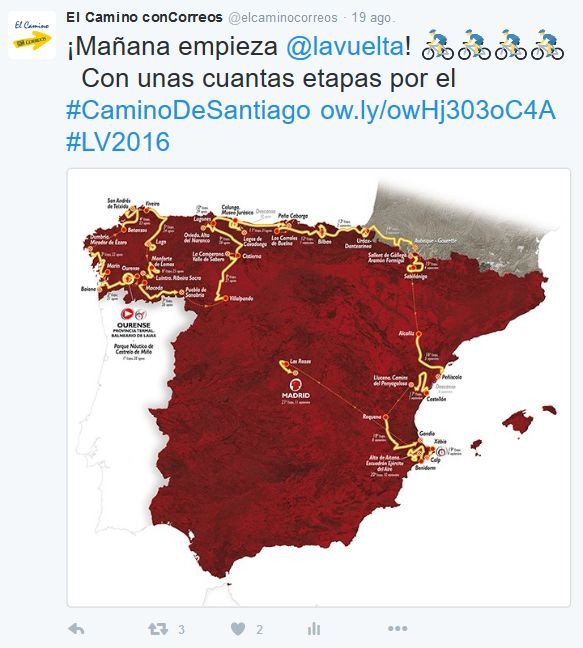 How many bicigrinos witness a stretch of the Vuelta a España by catching it on the Camino at the right place and time? The most emblematic cycling race in all of Spain is largely linked with the Camino, with the first 6 stages entirely in Galicia. Later, they'll also travel other sections of the Camino de Santiago. The only thing missing is the Compostela. We'll keep our fingers crossed for the 2017 Vuelta! 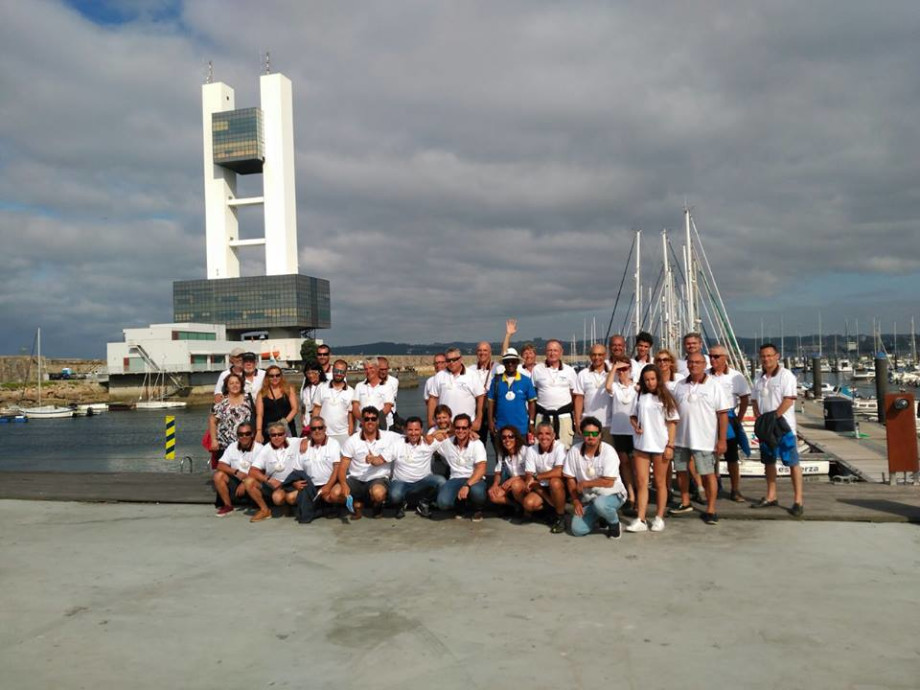 The pingüigrinos were not the only ones who opened new sea routes to Compostela during this summer. The NorthMarinas platform, which includes several ports from the northwest of Spain, launched the ‘Sail The Way’ cruise. After reaching the necessary agreements with the Cathedral of Santiago de Compostela, the first sailboats for this expedition left the port of Hondarribia on 18 July.

It is not easy to communicate with someone in the middle of the sea...but we did it! Through a network search, we managed to contact Héctor, one of the crew of Sail The Way, who kept us afloat of his route. 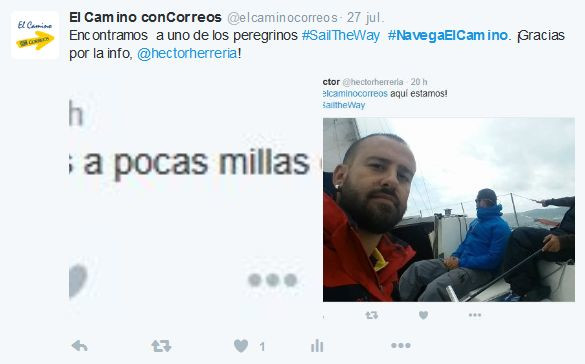 After sailing 100 nautical miles (about 200 km) and walking the last stage towards Santiago, these saltwater pilgrims trod the Obradoiro on the 27th of July, thus inaugurating a new Camino, which since then has been open to other sailor-pilgrims.

The drawings of Miguel Elías

When a pilgrim is also a renowned artist, his travel journal may be a better chronicle than a thousand written pages. This is the case of Miguel Elías, who travelled the Camino Francés this past August...and acknowledged our services by sending us some of his incredible drawings of the Route through Facebook on a daily basis.

While travelling his route, every morning we would be able to follow his journey through one of his drawings. Long live the creativity of the Camino! We want to take this opportunity to thank Miguel for these details. Keep travelling, creating and sharing! 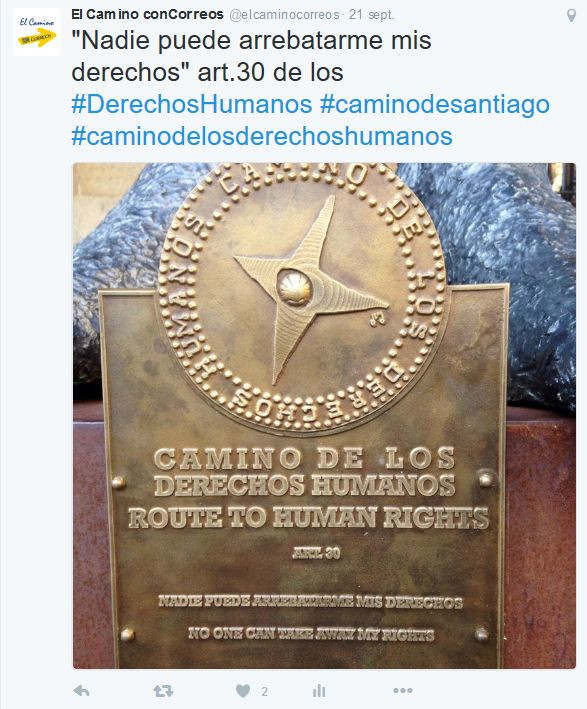 They arrived in Santiago by way of the Primitive Way during the last days of summer. The Human Rights Route, promoted by the International Solidarity for Human Rights (ISHRights) organisation, with headquarters in Florida, chose the Camino de Santiago to put the articles of the Human Rights Charter on the map through the placement of various memorials throughout the Route, each one capturing one of the fundamental Human Rights. And we were there to greet them in Santiago, and witness the live placement of the last memorial plaque: 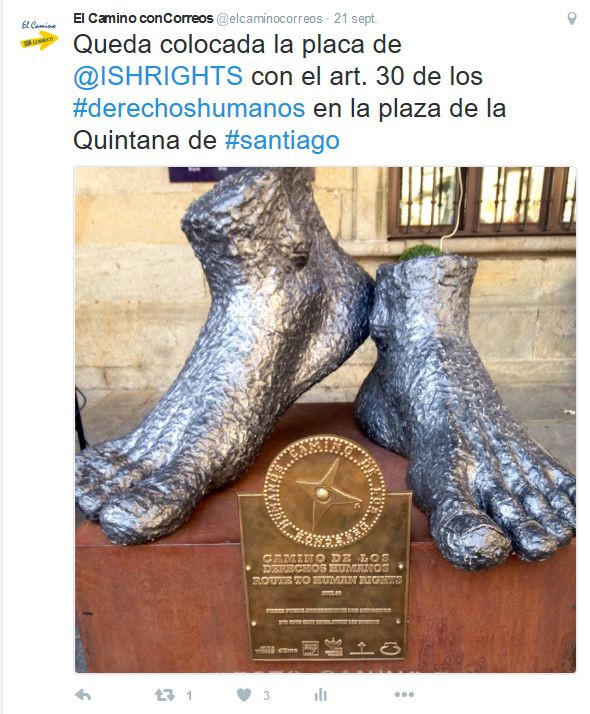 If there is something special about this pilgrimage, it is that it puts us on equal footing, something that rarely occurs in our daily lives. What better place than the Camino to make visible, before all of the pilgrims throughout the world, this equality that should always be present for all?

An outpouring of millions at the Arzúa Post Office 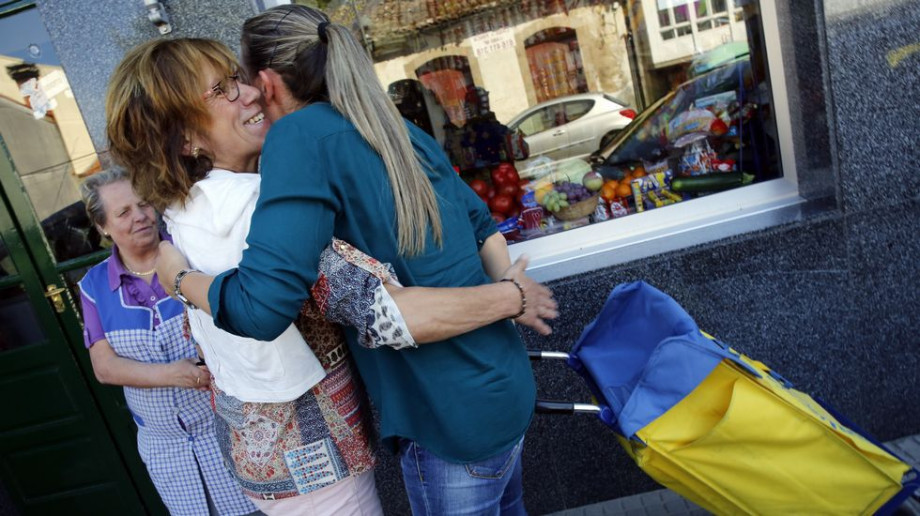 The last story that we'd like to share is from just a few days ago, but it remains very, very near and dear to us. In Arzúa, one of the most emblematic places on the Camino Francés, our colleagues from the Post Office began their workday on 23 September in a very different humour: this was, as luck would have it, due to a million Euro prize on the Primitive Way: no more and no less than 14.6 million Euros!!

Surely, the pilgrims to whom they provide their services, carrying their backpacks and suitcases, wondered what exactly was happening...and the town was revolutionised for a brief moment and the postmen and women became real-life celebrities. They also gained the attention of the media, as we can see in this report from TVG. Which of these stories have you like the most? Had you heard about some of them? Are you inspired to tell us your own stories from the Camino? Comment on this article or through our social media.

See you next Thursday, pilgrims! And always remember... ¡ultreia, suseia and Buen Camino!