What to see in Sevilla? 10 place that you should visit 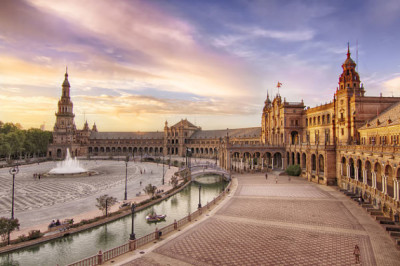 The Andalusian capital not only is the third most visited city in our country, which also has the most landmark history in Spain and third in Europe, along with Venice and Genoa. Sevilla deserves endless visits, so this article is more than justified. We'll discuss some of the more attractive monuments and places to visit.

Built in the 10th century as a fort, this fortified palace has been recognised as a World Heritage Site by UNESCO thirty years ago. Its history has seen both Islamic and Christian eras, which have endowed it with numerous architectural details: inside you can clearly see the Mudejar architecture in, for example, the Palace of Pedro I, while the Christian influence can be seen in the thirteenth century Gothic of the Gothic Palace constructed by Alfonso X. 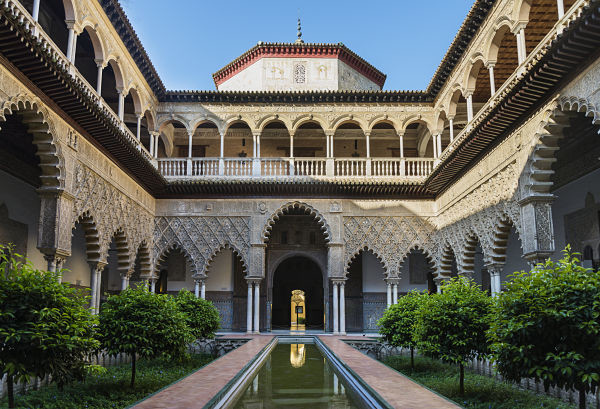 Located on the side of María Luisa Park and next to the gardens of the Prado de San Sebastián, this Plaza is more than 50,000 square metres and was constructed more than 100 years ago, in 1914, but only finished in 1928. Of tremendous beauty, the Plaza de España has served as a setting for all types of films including, interestingly enough, "Star Wars: Revenge of the Clones" :D

Cathedral of Sevilla and the Giralda

Built, according to tradition, since 1401 the Cathedral of Sevilla today occupies the place where the old aljama mosque of Sevilla used to stand, which preserves the minaret (the Giralda) and the Patio de Los Narajos. With more than 11,500 square feet, it is the third largest Christian temple in the world and the largest Gothic cathedral on the planet, a trivial fact compared to its striking beauty.

On the other hand, the Giralda is the bell tower of the Cathedral. This feature is not a minaret original, but rather a relic of the Christian era since more than a third of what we see today was added to create a place to house the bells. In 1987 it was recognised as a World Heritage Site by UNESCO along with the Real Alcazar of Sevilla and the General Archive of the Indies. 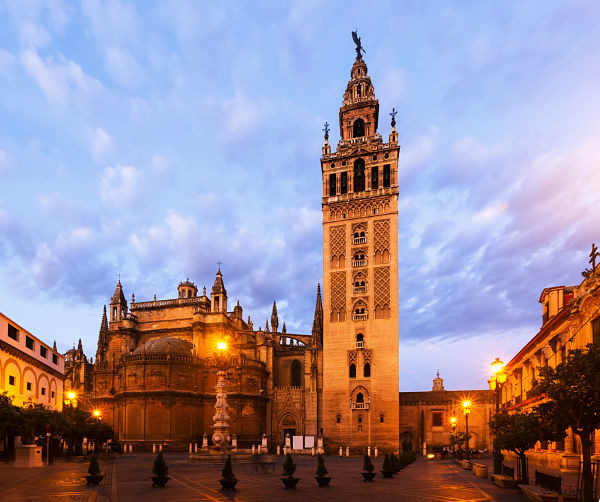 General Archive of the Indies

Originally built as a market place for merchants in Sevilla (at the time it was built, the late 16th century, Sevilla was the only port capable of trading with America, which generated a lot of merchant movement), it became the the General Archive of the Indies at the end of the eighteenth century in response to the need to centralise all of the documents referring to the administration of the Spanish colonies in one place, until then dispersed in the archives of Simancas, Cadiz and Sevilla. Nowadays, it is a must-see location for anyone visiting Sevilla.

Following our tour of the main sites in Sevilla, we reach the Tower of Gold, a 36m watchtower with almost 800 years of history. Its origin dates back to 1220, when the then Almohad governor of Sevilla ordered construction of what today is the first body of the tower. Since then, numerous additions, repairs and restorations have taken place in its physiognomy, generally respecting the original style.

The neighbourhood of Santa Cruz is one of the prettiest in all of Sevilla, its narrow streets arranged irregularly and its old typically Sevillian houses are charming and immerse us in a unique experience. Touring the neighbourhood and getting lost in the streets is a worthwhile endeavour, finishing your walk in the gardens of Murillo and seeing a part of the city wall. 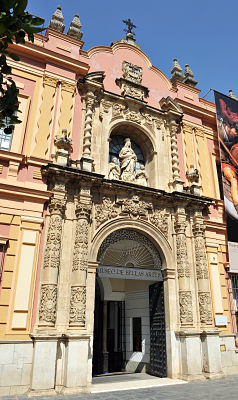 Located in a building that had originally been built as a convent of La Merced, the Museum of Fine Arts is considered one of the most important art galleries in Spain. We can find great exponents of Sevillian and Andalusian art inside.

Built between the fifteenth and sixteenth centuries, this palace takes its name from the Santa María de las Dueñas, who disappeared at the end of the 19th century. Originally built as a palace house for a wealthy family from Sevilla, in the 19th century it became a neighbour house, its inhabitants including the famous Spanish poet Antonio Machado who was born there in 1875. In the Gothic-Mudejar to Renaissance styles, since 2016 it has been open to the public.

Officially known as Mushrooms of Sevilla, this pergola-like structure located in the Plaza de Encarnación is, without a doubt, the great avant-garde element of Seville, and is something that must be seen. Opened in 2011 after nearly six years of construction, the Metropol Parasol is the largest wooden structure in the world. 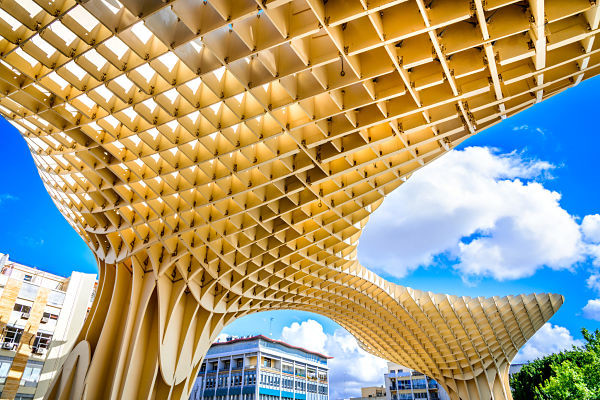 It doesn't matter if you like bulls or if you could care less, the Plaza of Bulls of the Real Maestranza in Sevilla will not leave you indifferent. Capable of hosting more than 12,000 spectators, this plaza, originally built in wood in 1773, is today an obligatory visit for anyone passing through the Andalusian capital, catalogued as one of the most beautiful bullrings in Spain.

We hope that this tour has helped you to prepare your stay in Seville, and that you now know what to see in Sevilla when your Camino takes you there. If you've enjoyed this article, don't hesitate to share it and register for our newsletter!