What to see in Salamanca: 10 places you can’t miss 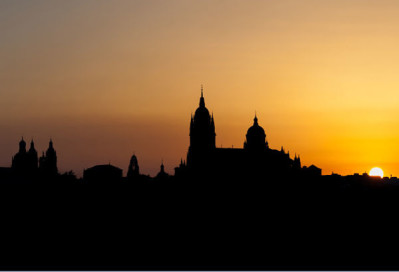 A few weeks ago, we decided to create a small place in our blog to talk about the different places that you can visit in the main cities of the Camino de Santiago. We first started in Burgos and now, for this second instalment, we are going to go to Castille and Leon for the ten places to see in Salamanca.

Located 212 km from Madrid is this exceptionally beautiful city whose historic centre has been declared a UNESCO World Heritage Site. To walk through its streets is to tour an open-air museum and university atmosphere, rejuvenating any visitor. Follow us on this tour and we will show you what to see in Salamanca in a day.

The University of Salamanca

If you are going to make a list of what to see in Salamanca, the University is at the top. Founded at the beginning of the thirteenth century by Alfonso IX, it is considered by many to be one of the most beautiful universities in the world, and it is difficult to disagree when observing its worked facade in the Plateresque style. The current building was constructed at the beginning of the fifteenth century and has a large number of carvings, among which a frog on a skull is famous for catching tourists' attention.

Built beginning in 1512 to replace the Old Cathedral, after more than two centuries of construction, both remained standing, since a temple was needed for worship. Mainly constructed in the late Gothic style, the New Cathedral is one of the last expressions of this architectural trend in our country and a required stop during a visit to Salamanca. 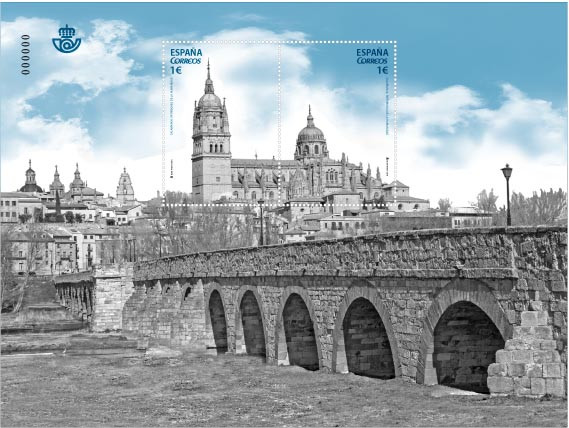 Built at the end of the fifteenth century, this stately mansion is considered one of the most representative monuments of civil art from the time of the Catholic Monarchs. Several aspects stand out: the most notable are the more than three hundred shells ornamenting its facade, following a rhomboidal composition of the Mudejar style, and no less important and majestic are the external bars of which it boasts.

Undoubtedly one of the most beautiful arcaded squares in all of Spain and a place to visit in Salamanca. Its buildings consist of three-floor facades, supported by a semi-circular arcade and finished with balustrade of the Churrigueresque style (a Baroque variant) dating from the eighteenth century. On the northern side of town, is where the town hall building is located and throughout the Plaza there are cafes and restaurants that bring a lively spirit to the Plaza, especially at night.

This imposing building in front of the Casa de las Conchas, which today is the location of the Pontifical University of Salamanca, was built by order of Queen Margaret of Austria. The curious thing is that construction began only in 1617, six years after the death of Felipe III's wife. The original name of this building is the Colegio Real de la Compañía de Jesús, the church known as Clerecía. Its Baroque style altarpiece is not the only highlight, its beautiful facade topped by two towers is also a standout.

The Convent of San Esteban is where we find another main example of the Salamancan Plateresque architecture, although it also has Baroque and Renaissance elements. It was built as a convent of the Dominican Order between the sixteenth and seventeenth centuries.

While the inside of the church has impressive architectural features, the facade has particularly intricate carvings. This magnificent building is one of the most impressive religious buildings in the city and an example of unparalleled architectural prowess. 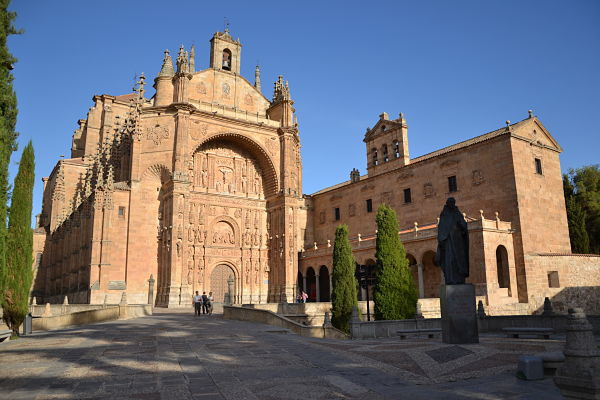 This beautiful palace from the beginning of the twentieth century is located at the edge of the wall and attracts the attention of all who visit both for its northern facade, which is one of the best examples of Salamancan modernism, and its southern facade, which opens to the river Tormes through huge windows that illuminate the interior of what is nowadays the Museum of Decorative Arts (Art Nouveau and Art Deco).

Also known as the Roman Bridge of Salamanca, this bridge, endowed with 26 semi-circular arches, is obligatory for pilgrims from the Camino Vía de la Plata, since it is part of the Roman road that originated said Camino. Its construction is located, according to some historians, in the S.I., during the time in which Emperor Trajano ruled. It crosses one of the widest points of the river Tormes and is 176 metres long. Not bad for a 20 century old bridge ;) 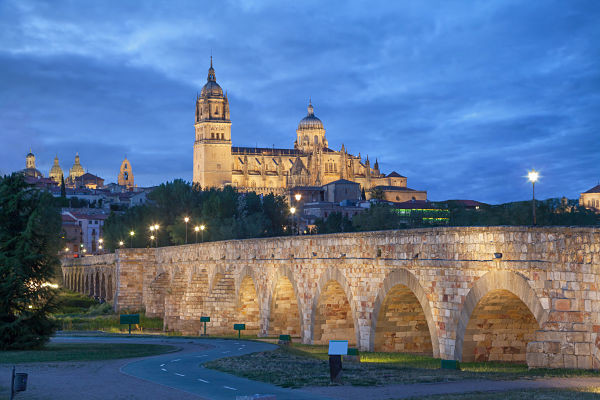 Our list of what to see in Salamanca continues with the convent that is simply known in the city as "Las Dueñas". This convent was founded by Dominican nuns in 1419 in a building that was originally Mudejar style. Although features of the of this style can still be observed, the passage of time and later renovations also give it Plateresque, Gothic and even Baroque attributes.

We hope that you've enjoyed this article and it helps you when visiting Salamanca during your Camino. If you have enjoyed this write up, don't hesitate to share it and subscribe to our newsletter to keep up to date with all of our news.