What to see in Bilbao. 10 places to visit on the Northern Way 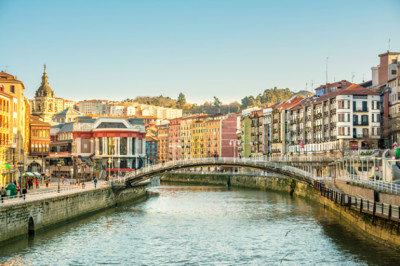 For a few months, we've started to visit some of the principal locations on the Camino de Santiago to show you which places you should see. Our first stop was Burgos, then Salamanca followed by Sevilla, but today we've decided to change our Camino and venture further north, where we've chosen amongst many beautiful cities the Biscay capital: Bilbao, and what ot see during your pilgrimage on the Camino del Norte.

While it is true that Bilbao does not have the reputation of a "Jacobean city" that other places along the Camino have, the most populous Basque city has a rich history linked to the Camino de Santiago that is reflected, for example, in its Cathedral dedicated to the Apostle and in the "Pilgrim Gate." With this and much more, Bilbao presents the pilgrim with a perfect opportunity to visit and eplore, with many corners awaiting your arrival. Let's get to know them better!

Beginning at the start of the sixteenth century and finished a little more than a century later, this temple is Gothic in nature and most likely one of the most beloved and emblematic religious symbols in Bilbao.

Inside is an image of Our Lady of Begoña, patron saint of the city. Battered by different wars (Napoleonic invasions, Carlist wars, etc.), the church has been repaired at different times throughout its history, the last in 1993 when the clock was repaired and several cleanings of the temple stone were carried out. 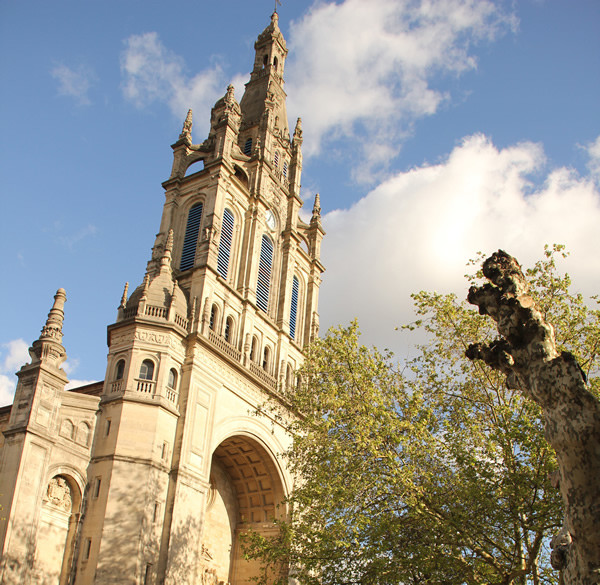 The epicentre of Bilbao's old town is in its Plaza Nueva, which, next to the Seven Streets (old town), is one of the structural elements of the historic city centre. Built from the end of the eighteenth century until the mid-nineteenth century, this plaza today has a large number of restaurants and bars that make it a must-see place in Bilbao. Its covered corridor and arcades, coupled with the fact that it is a great exponent of Roman neoclassical purism, classify it as a plaza with tremendous architectural value.

One of the most important museums in Europe and around the world is located in Bilbao, and is a must-visit place for those who truly want to understand the Biscay capital. The museum has been of great importance for the city not only because it reactivated life around the Bilbao estuary but it gave a major boost to tourist development.

A work of architect Frank O. Gehry, this building has impossible curves and materials that not only reflect the personality of the new Bilbao but has made it a work of art in and of itself, truly worthy of a visit.

The temple consecrated to Apostle Santiago (who is also the city's patron) has classical characteristics of the Gothic style and was built between the last quarter of the 14th century and the beginning of the sixteenth. This building occupies the place that had once been occupied by two other constructions with the same invocation and dated back to the 13th century.

Designated a Cathedral in 1949, this work also presents characteristics of other architectural trends such as the Renaissance Main Altar and the Baroque altarpieces of the chapels.

Bilbao's old town, also known as the Seven Streets, is located in what was a space dedicated to trade and port traffic since the genesis of the city. This historic centre is formed by three parallel and four perpendicular streets that form a sort of open-air shopping centre due to the large number of stores, bars and restaurants and the fact that all of the streets are pedestrian-friendly. If you want to see the city come to life, don’t miss out on the beautiful old town. 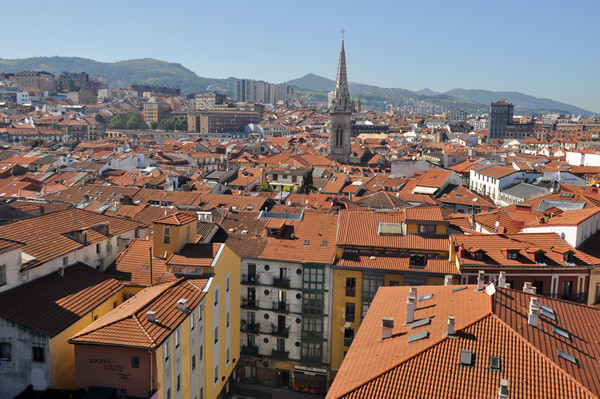 Also known as Puente Bizkaia or Puente Vizcaya, this iconic suspension bridge is a must-see for all pilgrims who are traveling the Camino del Norte: thanks to it, we can cross the Bilbao estuary to go from Portugalete to Las Arenas. It is true that the bridge is not in the city of Bilbao, but we decided to include it on this list because though it is not precisely within the city, it is strongly linked to the Biscayan capital.

This neo baroque work from the late nineteenth century is dedicated to the precocious Bilbao composer Juan Crisóstomo de Arriaga (classical musical composer who died at the age of 19) is located in what used to be a dock for the city port complex. 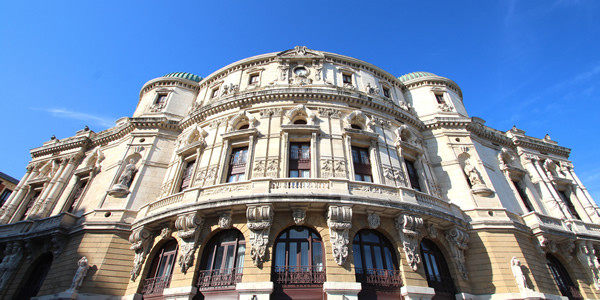 Known simply as the Gran Vía, this wide and elegant street was part of the expansion project that the city undertook during the last quarter of the nineteenth century. Named in honour of the founder of the city back in 1300, the Gran Vía is nowadays the commercial and financial centre of the city, flanked by major brands and important commercial chains, giving it 24-hour life.

Probably the most popular and recognized Catholic temple in Bilbao, so much so that it forms part of the city's coat of arms. Built at the beginning of the 15th century and consecrated in 1433, this church has undergone various additions and reconstructions throughout its almost six centuries of history.

Located next to the bridge of San Antón, its construction has made it a city icon. 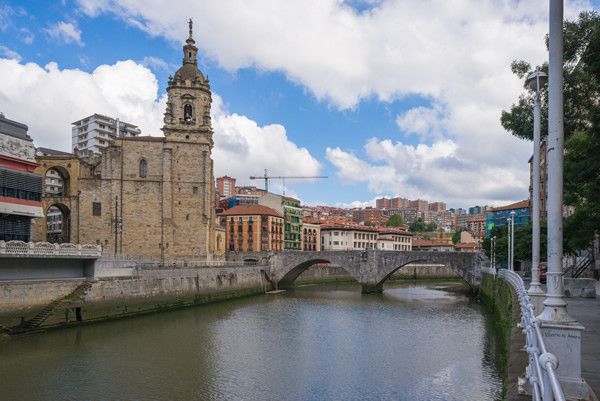 We know that, if you've made pilgrimage for the 11 km of the seventh stage of the Camino del Norte, perhaps you don’t want to leave the city when you arrive in Bilbao, but if your legs are still up for it, don’t miss the Paseo de Uribitarte. This walk has a route that runs along the left bank of the Bilbao estuary that connects the City Hall Bridge to the Guggenheim Museum. Not only can you enjoy some of the most beautiful views of the city, but you'll also thoroughly enjoy the estuary.

We hope that you've enjoyed this article and it helps you to better prepare your visit to Bilbao. If have enjoyed it, don't hesitate to share and register for our newsletter to keep up to date with all the news on the Camino de Santiago.