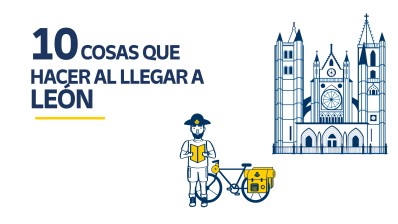 Thousands of pilgrims pass through the city of Leon every year, a very important enclave within the Camino Francés and a starting point for many bicigrinos, since the distance separates it from Santiago de Compostela is enough to meet the requirements and collect a Compostela. For those who started their journey farther away, it is perfect for a day of rest before facing the last stretch of the route.

Consequently, many pilgrims enjoy extra time to discover the secrets, both big and small, hidden in this beautiful city and its grand monumental heritage. And remember that if you want to send your bike, a suitcase or package or booking rucksack transfer, the León Post Office is very central: Jardín de San Francisco, 2.

So that nothing escapes your attention, we want to guide you through some of the must-see places to visit.

The Cathedral of León

Everyone who’s seen it knows that the Cathedral León is one of the great monuments of the Camino Francés and an obligatory visit. Its consecration took place in 1073, although the Gothic work that we see today came later: it was finished around 1300.

The 'Pulchra Leonina', as the temple is popularly known, is absolutely spectacular on the outside, but its true treasure is inside and most are gobsmacked upon discovery: some 1,764 square metres of stained glass, turning the temple into a magical spectacle, especially on sunny days.

On the door of San Juan there is a strange hanging skin. According to legend, it is the skin of a mole who caused innumerable setbacks during work, since he made holes in the foundations and stonework. The masons, tired of having to redo their work, hunted him and left him hanging from the door. What a warning! 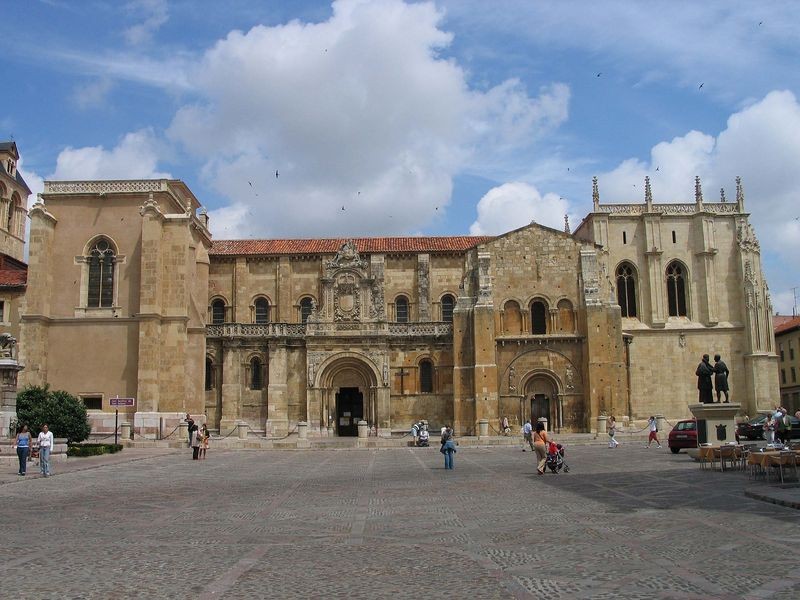 This beautiful Romanesque building also houses a tremendously valuable jewel: the thick walls of San Isidro hide (and protect) the Pantheon of the Kings, a room full of incredible frescoes that have earned the nickname "the Romanesque Sistine Chapel". It was built under Queen Sancha of León and there lay many deceased monarchs of León, including Alfonso IV, Sancho I, Urraca I, Ramiro III, etc.

Bonus: The French are coming!

However, neither the thick walls nor San Isidro prevented the French soldiers from looting this place during the Napoleonic Wars of the 19th century, and dispersed and destroyed the remains, using tombs as watering holes. 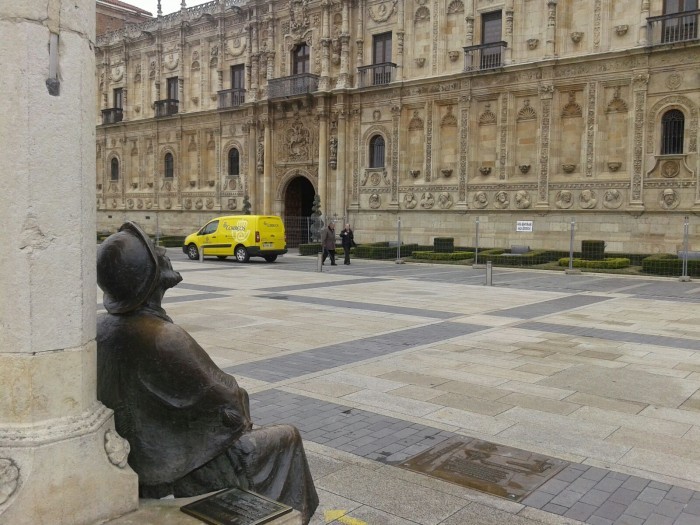 We already mentioned the Hostal de San Marcos in the article on monasteries on the Camino where you can spend the night, but obviously we has to dedicate a few lines to this top place to visit in León.

Currently it is an Inn, but its origin is anchored in the roots of the Camino, since it was originally a hospital for the increasing number of pilgrims who passed through León in 1150. The great renovation came about from a donation from Ferdinand the Catholic, and the result was the current Renaissance aspect. It is a building with many lives: it has been a prison (Francisco de Quevedo spent some time there), institute, veterinary school, cavalry headquarters, Provincial headquarters…

Who doesn't have a photo with this resting pilgrim statue? It's clear that Leon was a place of rest mid route for many, as we mentioned earlier. A tip: join our impassive friend for a while, rest your feet and take time to discover the details of the facade of San Marcos.

In the Barrio Humedo you'll have time to try many good tapas, but leave room to go to the Casa Botines. It is a work of the famous architect Antonio Gaudí, which was commissioned by a prosperous family of Catalan origin who took advantage of his presence in Astorga, where was working in the Episcopal Palace, to entrust him with this project. The result: a modernist wonder, one of the few works he completed outside his native Catalonia. Very close to the Cathedral, at the end of Calle Ancha, it shares space in San Marcelo square with another great monument that we recommend visiting: the palace of the Guzamanes.

As early as the twentieth century, the dragon sculpture on the main facade was removed to restore it, since it was very deteriorated. A specialist would not be surprised to find the plans of the original work, like a message from the past that was sent from Gaudí himself. 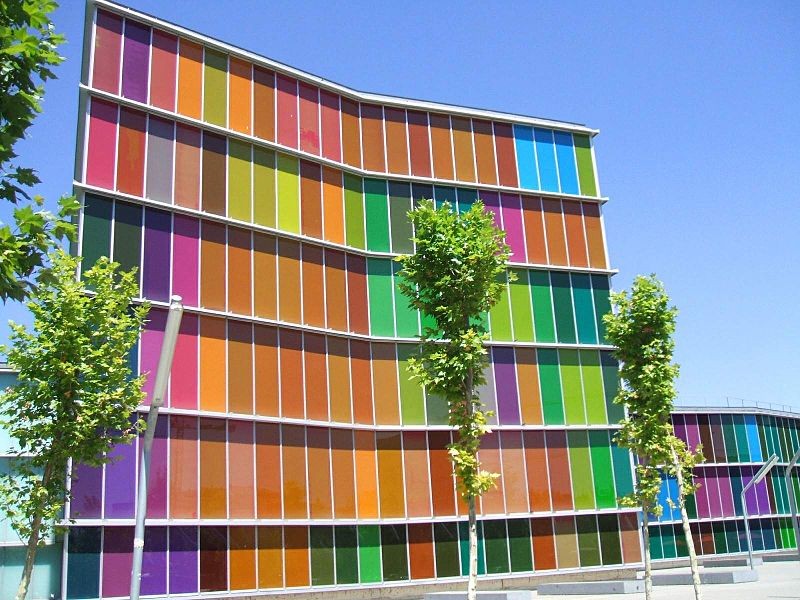 A slightly different proposition is to visit the Musac, which has become a valuable asset to contemporary art museums in Spain. Of course, it is impossible to miss: its colourful facade is its trademark and its one of the most original buildings on the Camino Francés.

We end this tour with something everyone likes to do: stroll around a new place and soak up the atmosphere and people. And there are plenty of places to do that in Leon!

We already mentioned the Barrio Humedo, but you can also get lost in the Jewish quarter or the romantic neighbourhood, along with the Plaza Mayor or Plaza del Grano, cross the Puerta Castilllo arch, go for a walk, dip your feet in the waters of the River Bernesga, which flows to the next stage of the Camino Francés.

Do you want to create a tour of these places in León and not get lost? To help you enjoy this spectacular city of the Camino Francés, we offer a schematic map at your disposal that will guide you through the small streets of this beautiful city, one of the most travelled points of the Jacobean route. You can find it at Correos Post Office or you can download it directly through this link.

Comments
T&N Hearn
Will you please include a comment on El Cid’s presence in Leon. Are there any landmarks or memorials to this legend in Leon?
Elaine
I would like to have the map of Leon for my trip