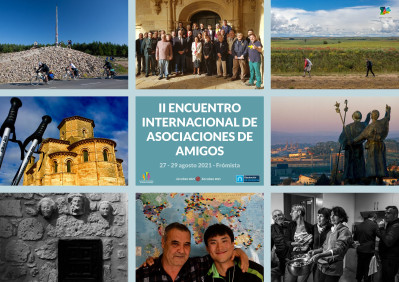 The II INTERNATIONAL MEETING OF ASSOCIATIONS OF FRIENDS OF SAINT JAMES WAY started on August 27 in Frómista, an emblematic place of the Romanesque art and the French Way. Organized by the Association of Municipalities of the Camino de Santiago (AMCS), it was attended by members of associations, institutions and companies involved in the Camino de Santiago, such as Correos.

The church of Santa María del Castillo, an Asset of Cultural Interest, hosted the meeting that brought together 17 foreign organizations convened to analyze first hand the situation of the Camino after COVID 19.

It was the first meeting after the health crisis and the second organized by the Association after the one held in Carrión in 2019.

After the opening day with the president of the Provincial Council of Palencia, Ángeles Armisén, the general director of Tourism, Estrella Torrecilla and the deputy mayor of Logroño, Adrián Calange, on the 28th the working days started. 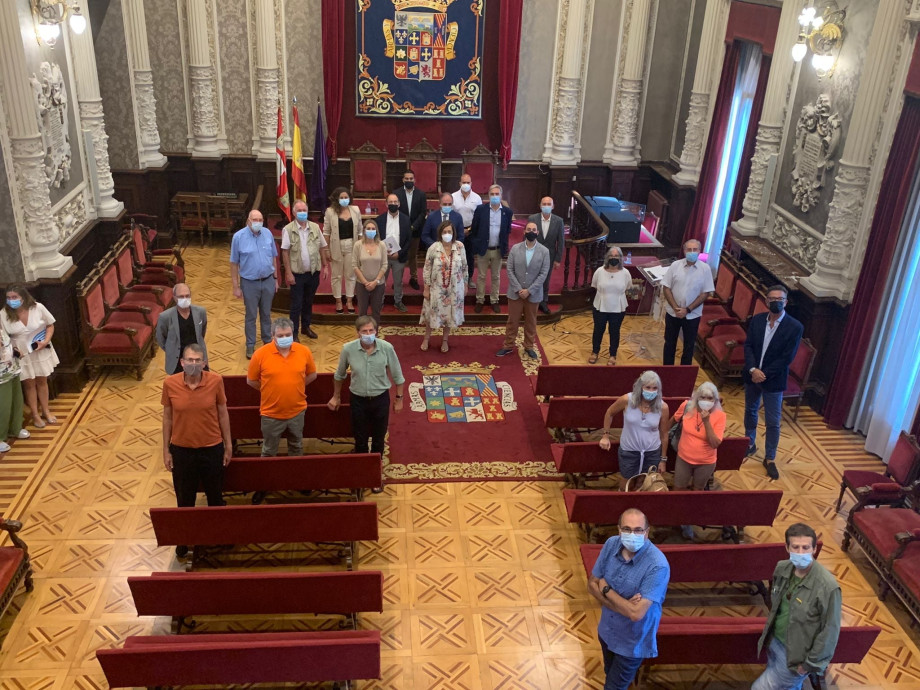 Organized in different sessions, the meeting focused mainly on 3 issues to be analyzed: the Way of St. James with the pandemic, the external vision of the Associations, and practical actions to be developed on the French Way of St. James.

THE CAMINO DE SANTIAGO IN TIMES OF COVID

José Manuel Rodriguez Montañés, historian and member of the Scientific Committee of the Association of Municipalities of the Camino, began his speech by analyzing the pandemic within a historical context in which the Camino coexisted with other pandemics (plague, etc.), and also in the actions carried out by associations, hostels, individuals, etc. to save the pilgrims who were walking the route in that time of forced confinement. A collective effort of coordination and collaboration of organizations that characterized these first moments of alert experienced in our country.

The COVID changed the aspect of the Camino: some establishments did not open, many hospitaleros could not come, protocols and mechanisms had to be created to promote a safe Camino....

And here arose a difficulty inherent to the territorial organization of our country: that of the division of different localities, provinces, communities... with different regulations and the reflection that in the Camino we must think globally since, according to Rodriguez Montañez, we must assist in a global way to a global phenomenon.

INFORMATION AND SECURITY ON THE ROAD TO SANTIAGO

The key elements pointed out during the COVID crisis were 2: information and security. Information to be able to know the real situation of the crisis at all times and the different measures of confinement in the country, and security, to work from all the areas involved to offer the maximum possible security once the routes were reopened.

In this context of coronavirus, other issues were also highlighted during the Meeting: 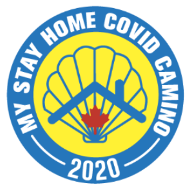 BACK TO THE WAY OF SANTIAGO

"We are pilgrims. The most important thing is to be able to return to the Camino". This is how Lea Pennock began her speech, because of the limitations that many countries have to be able to leave their countries and come to the Camino, and that could be the summary of a meeting that served to meet again, physically and virtually, members of associations, institutions and companies with a common goal: to continue working for and with the Camino de Santiago.

As stated by the Association of Friends of the Camino de México, "Walking together, walking more". And with this philosophy of collaboration the Meeting in Fromista was closed.

CORREOS was present at this meeting and in it we could also hear the recognition of the work done in times of COVID, both offering daily updated information from our blog (in Spanish and English), and responding to the many pilgrims who contacted us through our Social Networks, in which we also carried out awareness campaigns and mutual support as #COMPARTETUCAMINO.

In those moments when we could not carry out our logistical work, from El Camino con Correos we continue to maintain our commitment and involvement with the Jacobean Routes and above all, with the pilgrims who have done, are doing or will do the Camino.