Juan Carlos Pérez: “We are facing a challenge” 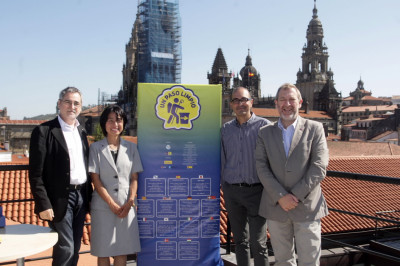 In this way, we're taking advantage of his experience in the struggle for environmental care with the A Clean Step campaign - carried out in collaboration with the Association of Friends of the Camino de Santiago in Japan, with the POST OFFICE and Jacobean Camino - to analyse the relationship between the Camino and pilgrims with the earth they walk on.

"Most of the time pilgrims are walking, they're in contact with nature." This phrase from Juan Carlos Pérez - promoter of the initiative A Clean Step and President of the Astorga Association of Friends of the Camino - is the genesis of his argument regarding the special relationship that pilgrims maintain with nature.

The Camino runs between natural sites and during each one of the stages, there are stretches where the pilgrim is surrounded only by nature. For Juan Carlos, this explains the "sensitivity" that most pilgrims have towards it, something that "helps them to understand that it is necessary to respect it." One of the reflections of this sensitivity is what pilgrims share on social media: "If we look at the photographs that pilgrims post, some are evidently the monuments along the Camino, while a large part are landscapes."”

The Camino de Santiago is highly praised for being a sustainable travel model, but for this to be the case there is a very important job behind the scenes, Juan Carlos emphasizes the work of the Associations of the Camino, in collaboration with hostels and hospitals: "within the work of the Associations, I believe that right now, there is a prominent role in raising pilgrims' awareness, either directly or through the hospitality staff that are in the hostels. There are associations that in addition to signalling the Camino, also clean those points filled with garbage." 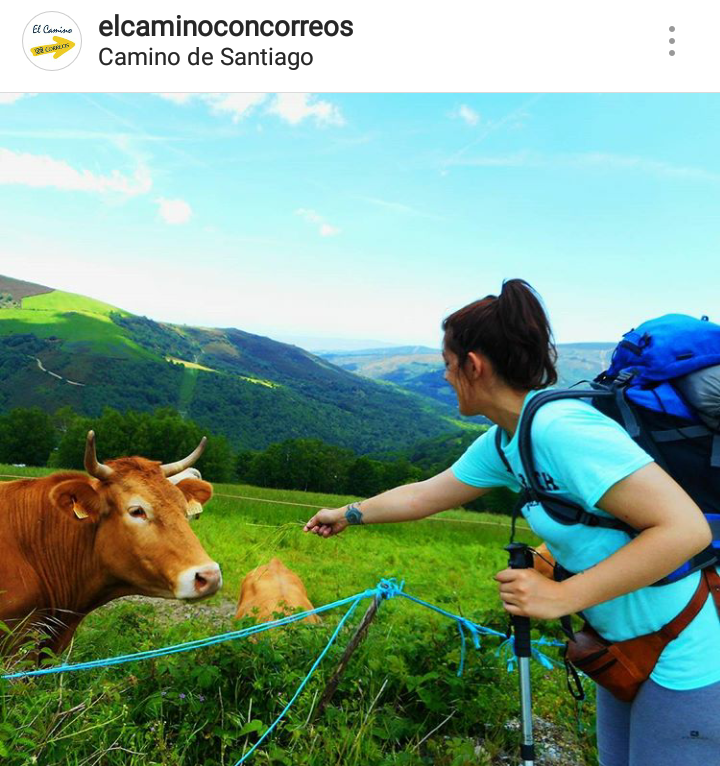 A Clean Step was a campaign promoted in 2015 by the Association of Friends of the Camino. It had the support of the Post Office and Camino Xacobeo, with the objective of sensitizing pilgrims to take care of the Camino and avoid garbage pileup. Yellow bags and gloves are distributed so that, while walking, pilgrims can collect their own waste and clean any that is found, depositing the garbage in contained located in each of the localities of the Camino Francés.

Two years later, Juan Carlos tells us that "there are normal structures" to guarantee sustainability, "especially in population centres: like bins and containers. But no so much in places between populations." And he points out that "if the wastebaskets are not emptied with regularity and they should be, and pilgrims find them full, awareness can be fostered in them if they can remedy something others have not.”

For Juan Carlos, it is "important to promote, amongst the municipalities, that the Camino has an important floating population for several months that inevitably produces waste, so there needs to be disposal of such in the appropriate places." For this reason, he asks that interest in the Camino de Santiago includes a responsibility: "We often find that people want the Camino to pass a certain area, but the inconveniences are something that they don't want to take care of, and cleanliness is one of them.”

“People want the Camino to pass a certain area, but the inconveniences are something that they don't want to take care of.”

“We have to see the increase as an advantage that helps us reach more people.”

In recent years, the popularity of the Camino de Santiago has continued to grow. Information on the number of pilgrims arriving in Santiago each year are excellent, but this growth worries many experienced pilgrims, so it is important that the increase does not lead to deterioration of the Camino.

Juan Carlos tells us that "there may be a risk" but he is optimistic, "we have to see an increase as an advantage that affords us power to reach more people." "The associations are facing a challenge: continue to maintain the Camino as a route of respect for all, for diversity and the environment.”

Juan Carlos regrets the trend of "leaving any element" has been extended to emblematic places such as La Cruz de Ferro, where this practice has become "a serious detriment to the environment" and has eliminated "the ancestral custom of depositing a small stone brought from the place of origin, in this way, symbolizing the discharge of a sin or inner burden.”

Juan Carlos Ordóñez wagers on the continuity of A Clean Step with "materials and human resources." The next steps they wish to take are to "make bigger bags, so that Associations can clean the Camino and talk to the municipalities to perform special cleaning services on pilgrim traversed routes."

Juan Carlos talks about associations like American Pilgrims on The Camino, representing the USA, who "have cleaning projects "and want "the two initiatives to work together." Additionally, there is emphasis by the initiatives on the individual level, which "deserve our attention, since they dedicate certain days out of the year close to their residence to keep the Camino clean; every time they go out to walk the Camino they carry their bag to collect waste."

It is clear that maintaining a sustainable Camino de Santiago is a task for everyone and, on our part, we want to thank everyone who collaborates in this cause and, with the Values of the Camino in 12 months initiative that we're carrying out on Facebook, Twitter and Instagram, we hope to collaborate so that there are more pilgrims, along with pilgrims who are committed to the environment.

Comments
Juanito Santos de Dios
Have you considered composting/compostable toilets? They are easy to set up and require no water. (A small amount of dry biomass, e.g., sawdust, dry leaves, coffee grounds, etc) is spread over every deposit.) The system leaves no foul smell, attracts no flies. In 6 months time after the last deposit, the larvae of hermetia illucens (bsf) convert the human waste into a nitrogen rich compost that is available for non-food plants (a year for safe use on edible food plants).