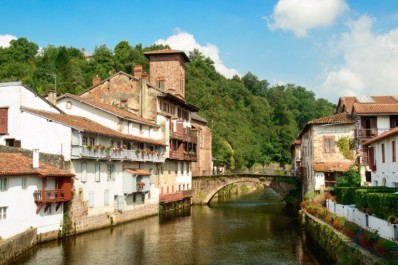 Saint Jean Pied de Port is the town chosen by most pilgrims to start their French Way, just behind Sarria. This medieval village captivates everyone who goes there through its cobbled streets, its bridge over the River Nive and its impressive citadel. It is the last French town that pilgrims see before crossing the Pyrenees and, therefore, the beginning of the over 770 km (478 miles) adventure that will take us to Santiago de Compostela.

Today we detail how to get to Saint Jean Pied de Port to start the Camino de Santiago. The most frequent place from which people go to the French town is Pamplona (Navarre), a city that has good connections, since it has an airport and several daily train and bus frequencies. However, it is also possible to arrive by plane and train from different French cities such as Biarritz or Bayonne.

How to get to Saint Jean Pied de Port from Pamplona

Most pilgrims get to Saint Jean Pied de Port from Pamplona. The city has an airport located 6km away (3,7 miles) with connecting flights to Madrid and Barcelona through Iberia and Air Nostrum airlines and from Portugal through TAP. You can also get to Pamplona by train, with several daily conections with Barcelona and Madrid; or by bus from cities like Madrid (Conda), Barcelona (Monbús-Vibasa) or Bilbao (Autobuses La Unión S.A and La Burundesa S.A.).

From Pamplona to Saint Jean Pied de Port by bus. From March to the beginning of October, the bus company Alsa has several connections per day. The rest of the year, Autocares Artieda has a regular bus line from Monday thru Saturday between Pamplona and Roncesvalles, with a duration of 1 hour 10 minutes. From Roncesvalles, the only option is to take a taxi.

It’s also possible to get to Saint Jean Pied de Port from different French localities that may be of interest to pilgrims or from other Spanish cities close to the border, like San Sebastián.

How to get to Saint Jean Pied de Port by train

The only direct line that gets to Saint Jean Pied de Port departs from the French Town of Bayonne, through the company SNFC, this journey take 1 hour and 20 minute.

If you want to go from Spain by train, the best option is to catch the Euskotren in San Sebastián that will take you to Irún-Hendaya. There, the pilgrim will take another train, from the company SNFC, which will take him to Saint Jean Pied de Port. This trip includes a change of trains and it will take approximately 2 and a half hours.

How to get to Saint Jean Pied de Port by airplane

How to get to Saint Jean Pied de Port from Paris

If you choose Paris as a starting point, you should know that from the French capital there are no direct connections with Saint Jean Pied de Port. If you arrive by plane to Paris, you can choose to take a flight to Biarritz which, as we said, is the closest airport to Saint Jean. Companies like Air France, Easyjet or HOP! have daily flights from Paris to Biarritz. From there, the journey to Saint Jean Pied de Port can be done by train (as explained above) from the Bayonne station.

From Paris you can also reach Saint Jean Pied de Port by train, although you will have to change trains in Bayonne. The best option is to go to the Paris-Montparnasse station or, if this is not possible, to the Paris-Austerlitz station and take a TGV train to Bayonne. There you would take the direct train to Saint Jean Pied de Port. The same operation could be done by bus, although it is not recommended. The distances are long, the journey is tiring and the railway network works much better and is much more comfortable for the traveler.

We remind you that Correos do 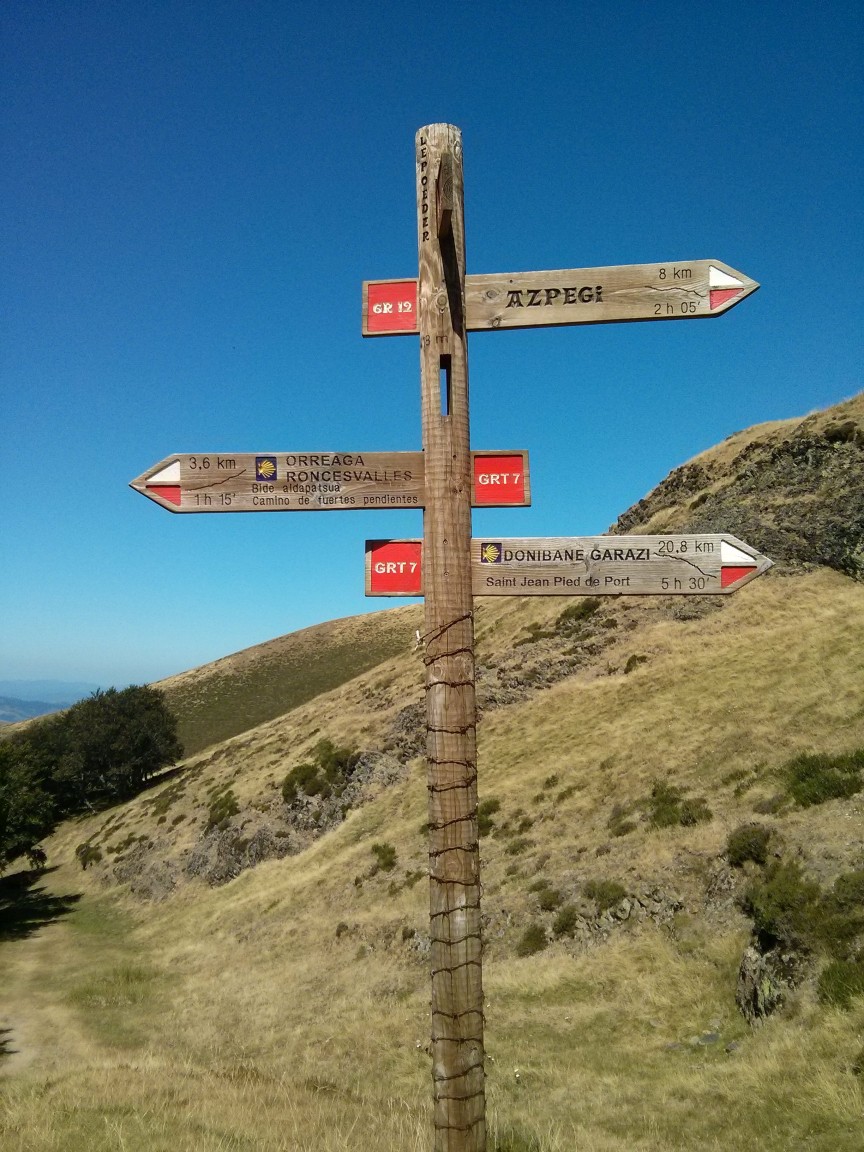 es not operate in France, but we have a post office in Burguete at the pilgrim's disposal. It’s located 2.5 kilometers from Roncesvalles. If your backpack is too heavy or you do not want to carry it, you can hire the Paq Mochila; our daily luggage transport service. It is available from Roncesvalles to Santiago starting Easter week until October 31st. During these dates you can find the office open Monday through Saturday from 8:30 to 9:30 am and from 4:30 to 7:30 pm and the rest of the year from Monday to Friday from 8:30 to 9:30 am.

We hope this information was useful when planning your Camino de Santiago. And if you know any other way of getting to Saint Jean Pied de Port or if you have any questions, remember you can contact us through the comments of this blog or the contact form on our segment TipsFromOurPostmenAndWomen.

Comments
Don Kim
Going to Saint Jean Pied de Port from Pamplona on September 14th, 2022 by a bus is closed on this day? There are several bus companies running these 2 cities on line, however none of the company has the service for the bus transportation. Is it a seasonal or un-updated new information yet?
Jagdev Dosanjh
I will be doing The Camino (CF ) from St Jean Pied de Port France to Santiago Spain , ( The Camino de Santiago de Compostela) I will be flying from Toronto Canada to CDG Paris , and will take the train to Bayonne and then to SJPP , but My question is.. if I can find a carrier in SJPP , who can transfer my small luggage to Orisson and then on to Roncesvalles and so on.. Is there a carrier in SJPP to pick up the luggage ? Thank you
Angie Weatherhead
What airport can you fly from to start from St Jean pied de port in the UK,? Many thanks Angie
Polly
I am Hoping to cycle the Camino in June. Are places open to stay?
Isabelle Martinez
Is the Camino de Santiago open now? How about the small hotels and hostels? I was hoping to go in May or September of 2021. Thank you, Isabelle
Robert Hall
I want to drive there, is there a place I can leave my car safely? It will obviously be there a while
Nicolas
Hi! I'm also planning to start the Camino in mid-September from Saint Jean Pied de Port, feel free to reach me out at nslinger18@gmail.com
Ausma Andriuskeviciute
Hello. I'm also hoping to start Camino in September. Hopefully, it will open till then. Have a great day everyone.
Patrick Hallis
Will the Camino begin by the start of September ? i am hoping to do it in early September this year. Do you think all restriction on all pilgrims will be lifted ? Please let me know. I need to get there all the way from New Zealand. Thanks. Go0d bless. Patrick.
David Jimenez
And from Madrid how do I get there. Thank you
T&N Hearn
You mentioned daily luggage transport from Roncesvalles, however in 2015 when we did the Frances there was luggage transfer from Orrison. Do you know of a service that starts from St.Jean Pied de Port ? And when we get to the Spanish area just switch to Correos? Thank you.
Vivace Logistica
Thanks for sharing the information. Are you in a search of logistics services in Madrid then vivace logistics Madrid is an excellent option for logistics services like cosmetics, perfumery, textiles, footwear, home, childcare, office equipment, publishing, etc...
SEE MORE COMMENTS