Manuel G. Vicente: Hospitality is the essence of the Camino 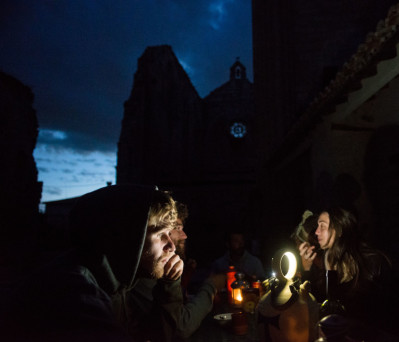 "Even if you walk by yourself, you are never alone." Hospitality is a hallmark that makes the Camino de Santiago unique. This is attested by the thousands of pilgrims who travel this Millenary Route every year, evidenced by the network of host infrastructures that we find on the different Caminos and this is indicated by the Calixtino Codex itself (twelfth century):“ All should welcome pilgrims with respect and charity, whether they be rich or poor, who go or return from Santiago, since whoever receives them with charity will not only have a guest in Santiago, but also the Lord, as Jesus says in the Gospel: Who welcomes you, welcomes me."

For these reasons, from the Camino con Correos and iPeregrinos we wanted to close the Values of the Camino in 12 Values initiative talking about hospitality, support, attention, care and welcoming on the Camino de Santiago. And we started talking to Manuel G. Vicente, a Galician photographer who loves the Camino de Santiago, expressing its many faces in various publications, catalogues and exhibitions. 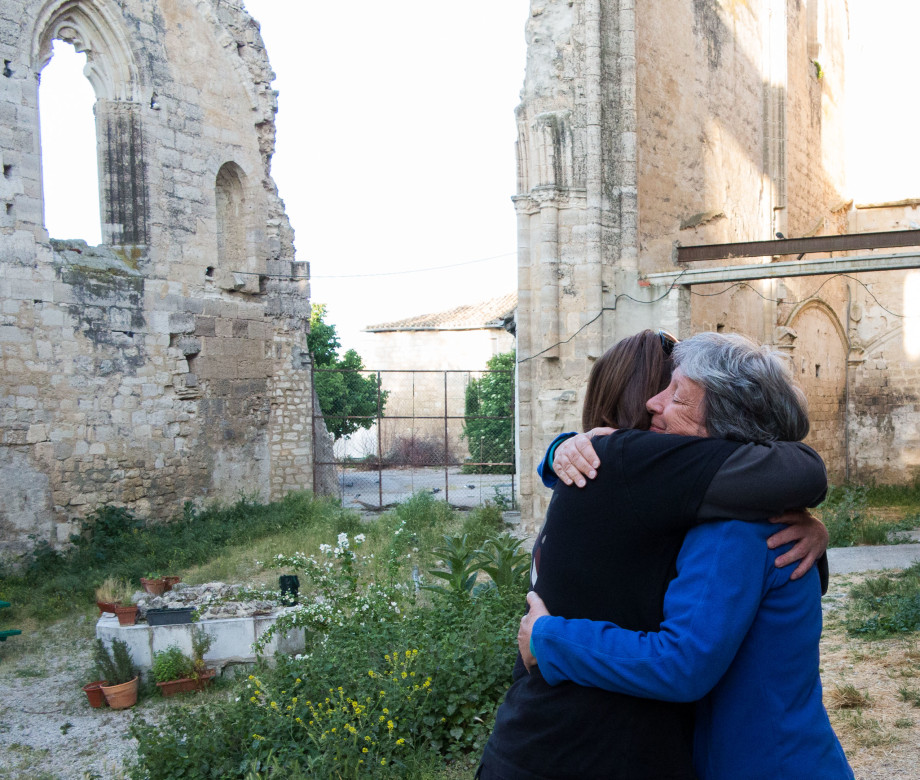 His is the photographic selection that makes up the showing Welcoming and hospitality on the Camino de Santiago organised by Tourism of Galicia. Since 2015 this well-deserved tribute to the voluntary hospitality workers has been throughout Spain and some parts of Europe, who fill the path with fraternity, solidarity and the dissemination of cultural and spiritual content.

And with him we wanted to share an emotional and personal photographic radiography of the Camino de Santiago and the people who give it life. 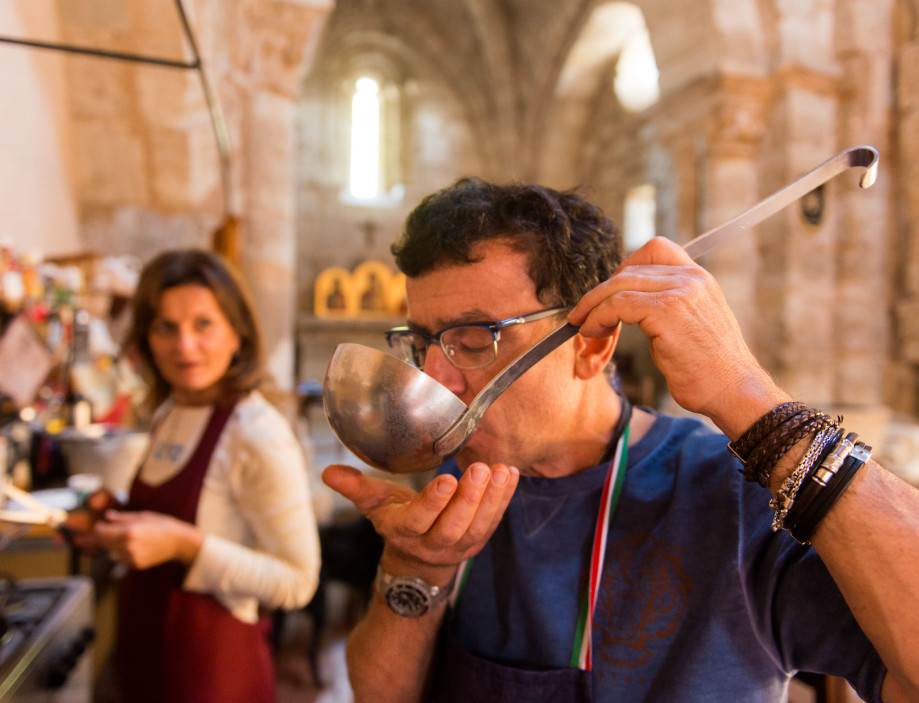 Manuel G. Vicente knew nothing of the Camino de Santiago until one day in 1888 when he settled in O Cebreiro to begin his journey to Compostela. His interest was professional. The publisher Ir Indo had commissioned a photographic report on Santiago de Compostela to illustrate a book by Filguiera Valverde. "I thought it would be nice to include some photos of the Camino as an introduction. And from there I left."

His companion for that trip is present during our chat: an old and shabby copy of the guide edited by Elías Valiña on the Camino de Santiago, full of notes, comments and memories. "It was a unique experience. We were constantly losing ourselves. The maps misled us because a section that seemed small took us a day. And we were very curious about the yellow arrows that were on the Camino, not knowing what they were," he recounts. 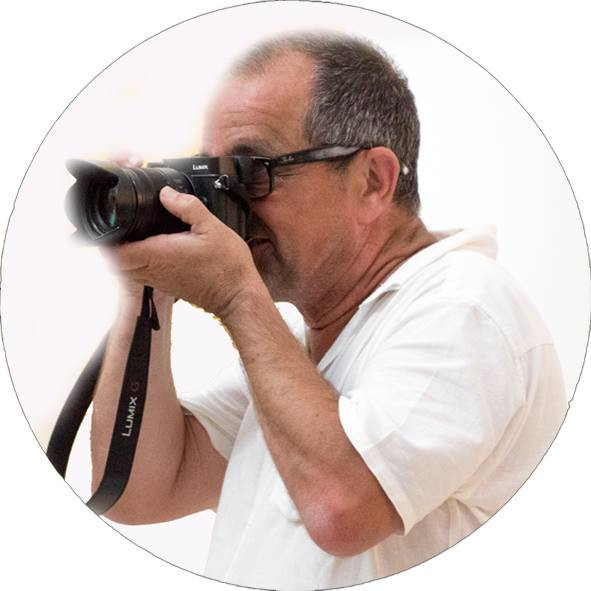 "The Camino is travelled by people. When you go you don't expect anything. And they end up giving you everything"

The experience was not all bad because the following year Manuel took his backpack and only travelled the Camino from St Jean Pied de Port. "I have travelled the Camino many times. But this was my first complete experience. I say complete because when you go alone, it gives you time to quantify things. To walk, to discover the towns, to relate, even to get bored," he says. And here hospitality plays a fundamental role. "The Camino is done by people. When you go you don't expect anything. And they end up giving you everything," he adds. 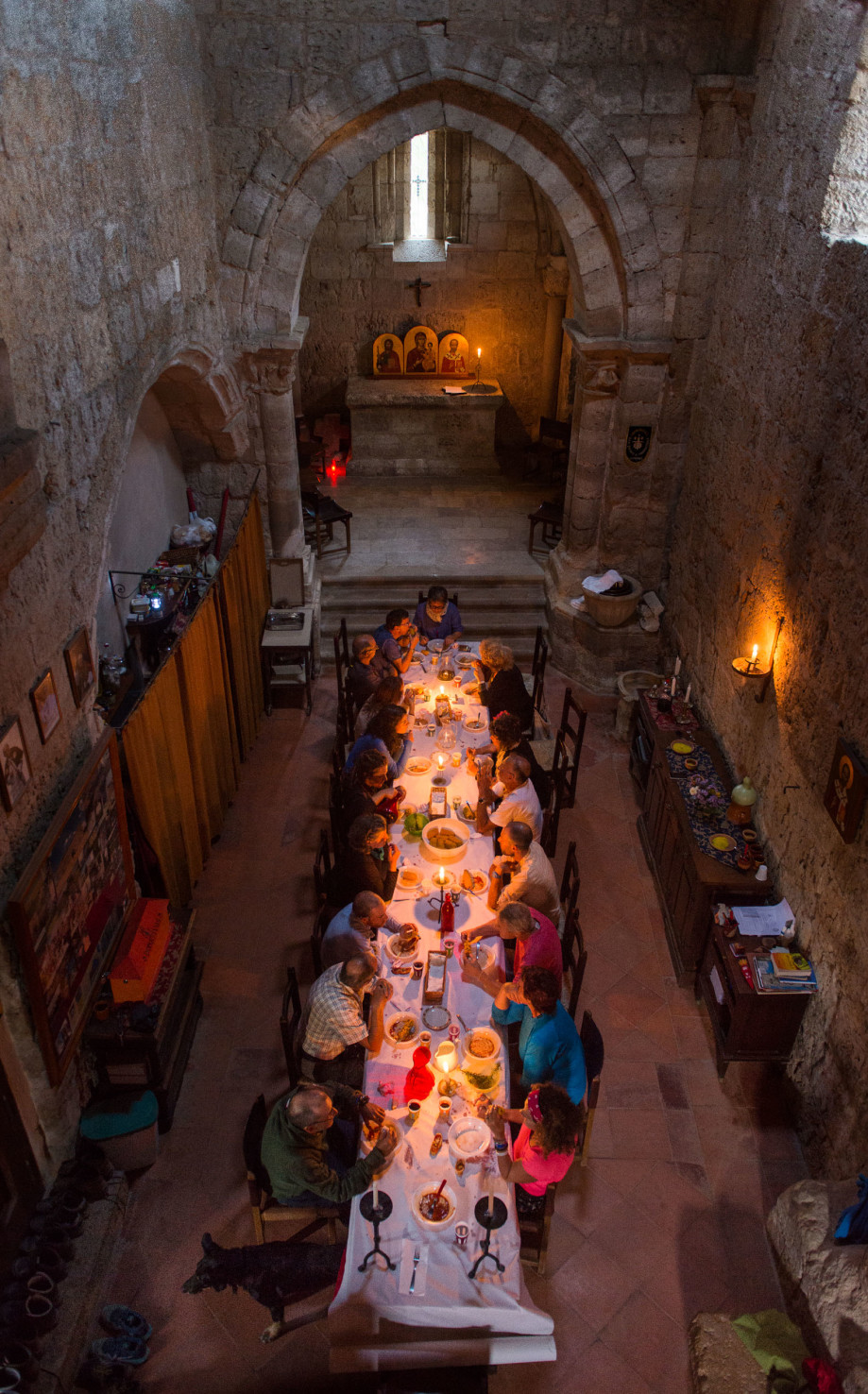 Three decades on the Camino

Manuel does not speak of hearsay. Since that year in 1988 that brought him to the Camino, he has not stopped travelling different itineraries. Sometimes as a couple, others in a group and sometimes only with the company of his camera. "Once I even did it the other way around to photograph pilgrims from the front, but it was a real fiasco," he tells us laughing.

Throughout this time, the Camino has changed a lot. And hospitality too. "People are still there because otherwise the Camino de Santiago would have lost its essence. But it has evolved quite a bit. Now people have a list of shelters with their features. Even if you need Wi-Fi or vegan food," he says. "Before reception was more chaotic but also very fun. I have slept outdoors, in pavilions, in public schools, in private homes, in greenhouses. I even spent one night in the rooms of the local police in Estella." 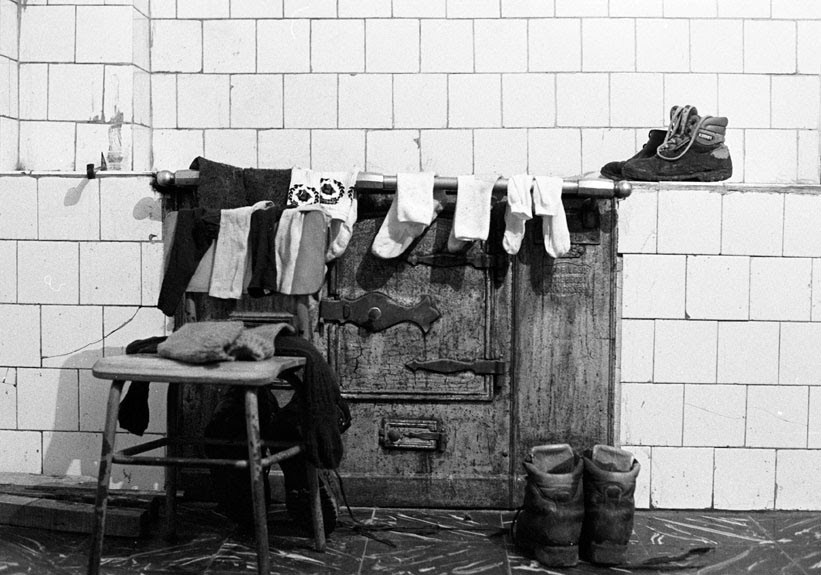 From monasteries to pavilions and private homes

The photos that illustrate this post are part of this decades-long experience on the Camino de Santiago. And they show that fraternal and friendly treatment of the hospitality workers. Meals in abandoned monasteries, like San Antón de Castrojeriz, which were recovered welcome pilgrims, or the church of San Nicolás in Ítero de la Vega. Private houses where you not only eat but are also made to feel party of a family. Mythical bars on the Camino, whose owners are as well known for their generosity as the Apostle himself. And even kitchen that not only make you food, but let you leave your shoes to receive the gifts of the Magi.

You can see this in Welcoming and hospitality on the Camino de Santiago that Tourism of Galicia continues travelling through different points of our geography. And you'll also find your viewpoint in several books like O Camiño de Santiago/El Camino de Santiago, with text from Basilio Losada (Ir Indo editorial) or the beautiful Pilgrims (Xerais), in which Manuel G. Vicente offers us a photographic portrait, alive and universal of the souls of those who travel and inhabit the Camino.

And we're sure that you have also had many experiences, anecdotes and images about hospitality and welcome on the Camino de Santiago. If you want to share them, you can do it directly through Facebook, Twitter or Instagram using the hashtag #elcaminoconcorreos. Safe travels!