Fairway as the best showcase of the Camino de Santiago 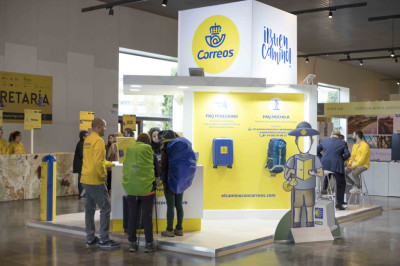 Fairway the biggest fair on the Camino de Santiago became, from the 12th to the 14th of November, a meeting place for all protagonists of the different routes, as well as a privleged showcase of all the services offered on the Camino. And there the entire team of El Camino con Correos, was there, practicing our maxim: Take all of your experiences of the Camino. CORREOS will help you with the rest.

At the Palace of Congresses and Exhibitions of Galicia, we have our own stand where we had the opportunity to publicise different services we provide on the Camino de Santiago, such as Paq Mochila, the Paq Bicicleta and the Paq Peregrino.

In addition, we participated in the round tables organised around the Camino Francés, Inglés, Portugués and a Fisterra y Muxía, at the business meetings and during the different activities that took place at this 2nd edition of Fairway. As a culmination, for three days we shared experiences with more than 60 exhibitors and more than 100 brands, who came to the fair to show new developments and resources. 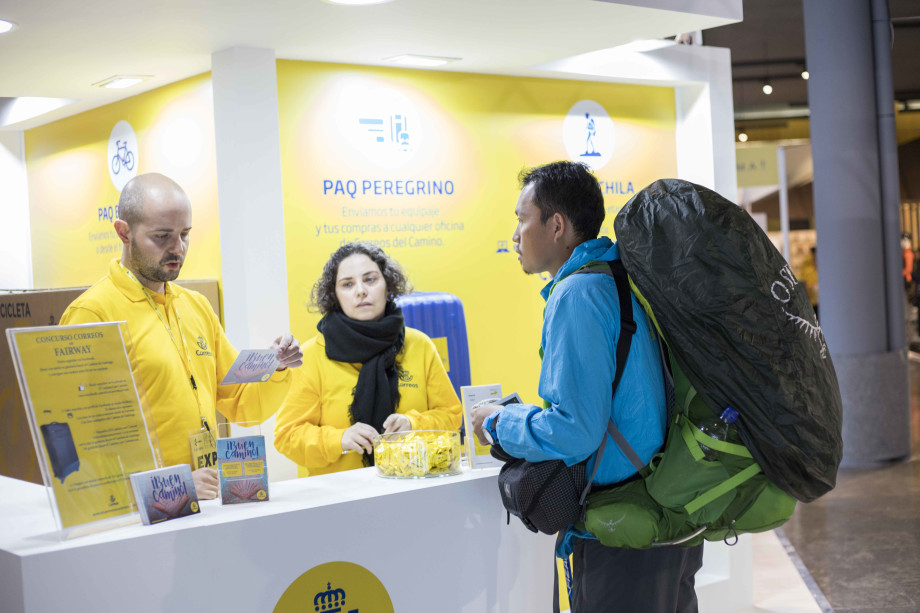 The Camino con Correos's stand became a meeting point for pilgrims and visitors. There they had the opportunity to write and send postcard from the Camino, take photos with our pilgrim postman and discover how to step-by-step use Paq Mochila, the Paq Bicicleta and Paq Peregrino through useful tutorial videos screened throughout the fair. And, as a final reward, we draw a suitcase for the next Camino de Santiago.

The Values of the Camino in 12 Months

Fairway 2017 was the scene of the contest awards ceremony for The Values of the Camino in 12 Months, organised this summer by El Camino con Correos and iPeregrinos. The four winners moved on to Santiago de Compostela. 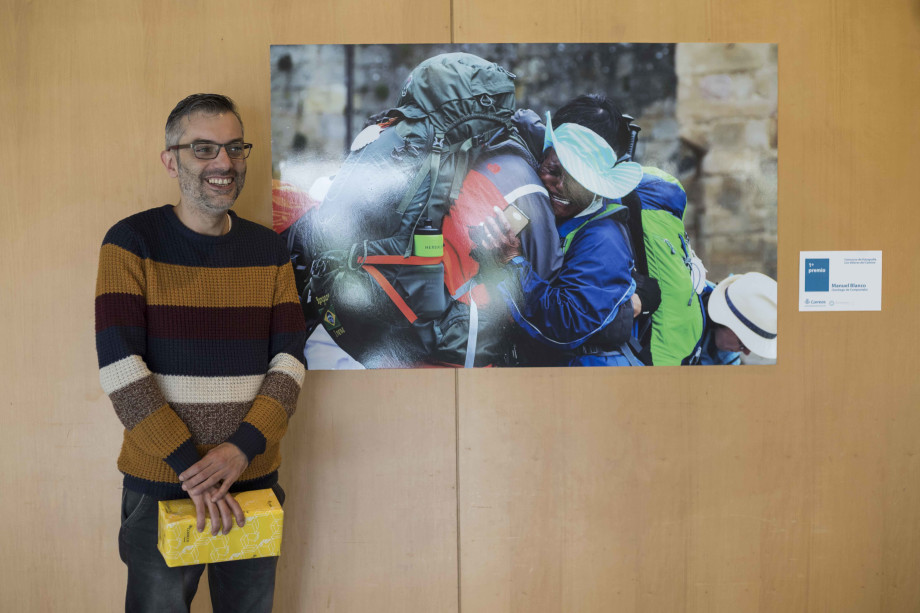 Manuel Blanco, 1st prize, The Values of the Camino in 12 Months contest 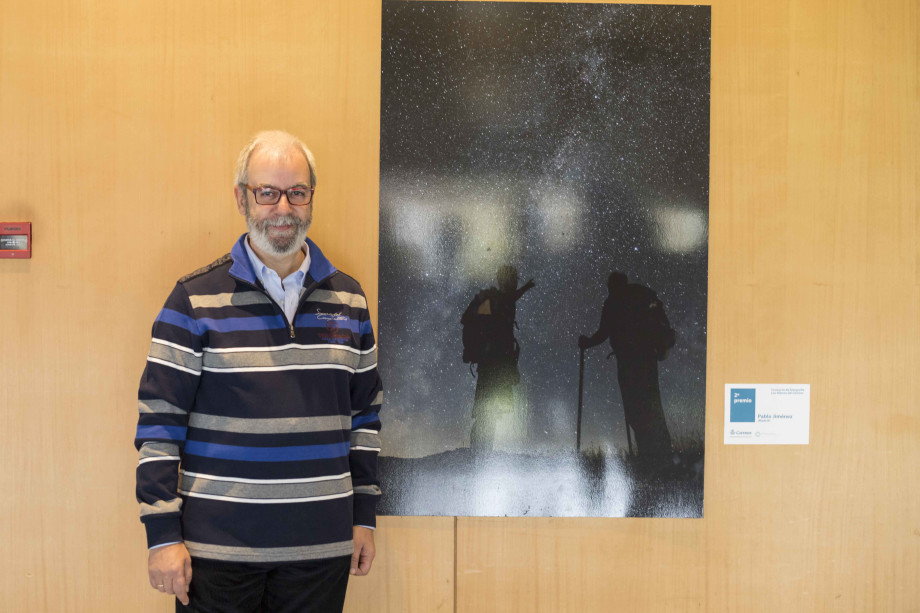 José Luis Collantes, 2nd prize, The Values of the Camino in 12 Months contest 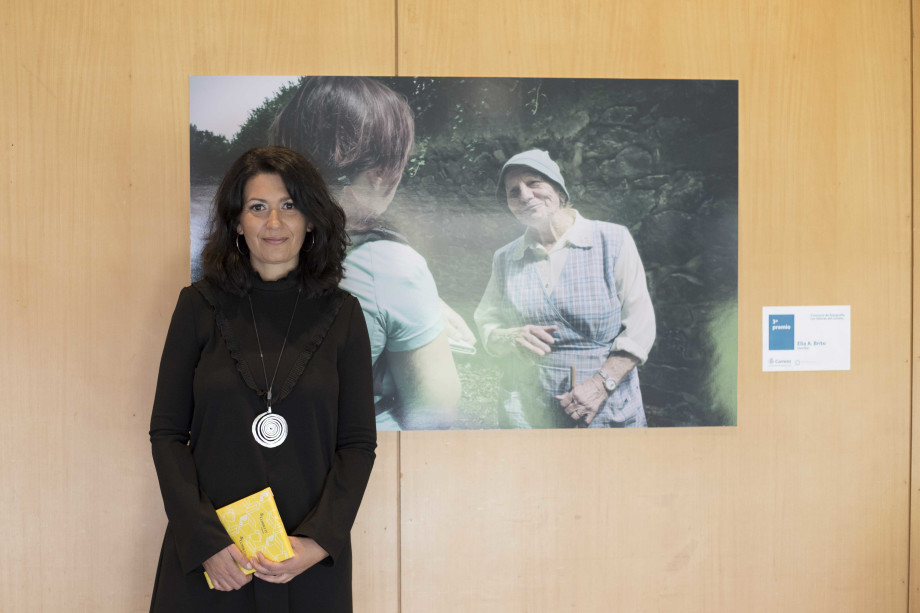 Elia Álvarez Brito, 3rd prize, The Values of the Camino in 12 Months contest 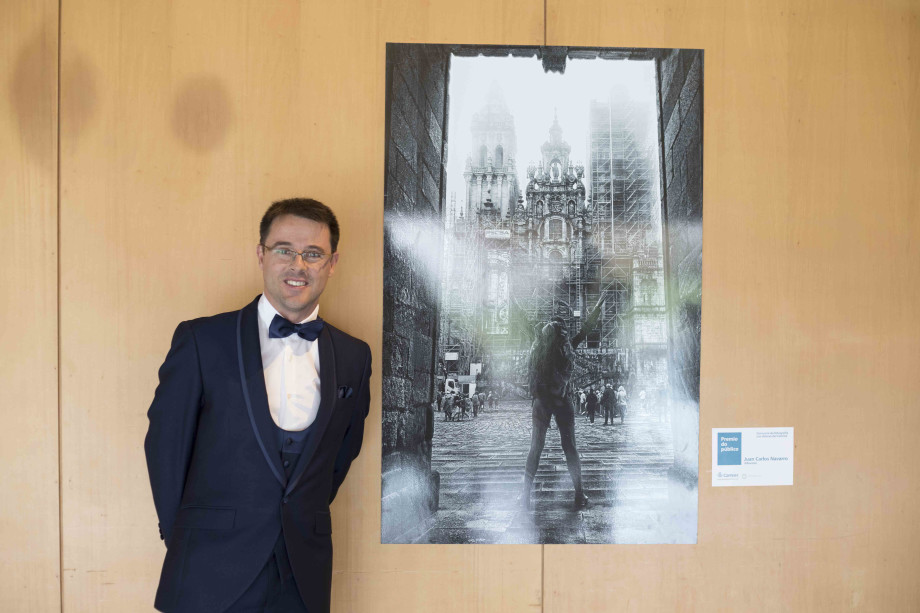 Juan Carlos Navarro, winner of the public prize, The Values of the Camino in 12 Months contest

The fair also featured the presence of Luis Gutiérrez Perrino, president of the Spanish Federation of Associations of Friends of the Camino de Santiago, which presented the exhibition Camino Blanco, Camino Antártico. Thus, visitors and exhibitors at the fair were able to see first-hand the longest pilgrimage to date: 14,075 kilometres that separate the Spanish Antarctic Base 'Gabriel de Castilla' from Santiago de Compostela and in which Correos was present.

Fairway 2017 was also a great discussion forum about the Camino de Santiago. Especially significant was the Camino de Santiago Colloquium: 30 years of the first cultural itinerary, in which three authorised voices on the Camino participated: José María Ballester, former director of Culture, Cultural and Natural Heritage of the Council of Europe; María del Carmen Martínez Insua, general director of Cultural Heritage of the Xunta de Galicia; and Segundo Pérez, dean of the Cathedral of Santiago. During the chat, José María Ballester defended the cultural, natural and scenic values of the Camino and opted for sustainable tourism.

The round table on Accessibility on the Camino was very interesting, in which Rafael Sánchez Bargiela, manager of the Xacobeo, announced the Accessibility Plan for the Camino de Santiago. Its pillars: improvement of accessibility in public hostels and interventions to make inaccessible routes practicable.

This table was attended by Jesús Hernández Galán, director of accessibility of the ONCE, who opted to continue making progress in facilitating access to pilgrims with some type of disability in transportation, accommodation or signage for both buildings and for the Camino itself.

Ideas and Proposals Round Tables

Fairway also served to publicise other routes such as FuoriVia or the Camino Kumano Kodo. Four interesting discussion tables on different routes were held, which was attended by all agents involved. Thus, Monday afternoon was dedicated to the capacity of loading and reception on the Camino Francés, a route that serves as an example to others in terms of coordination, infrastructure and signalling.

For its part, the Camino Inglés was discussed concerning planning, coordination and digitalisation of the route. On Tuesday, there was discussion on the need to invest in the Camino Portugués and delve into the Marca Galicia Marca Camino on the Fisterra-Muxía route. 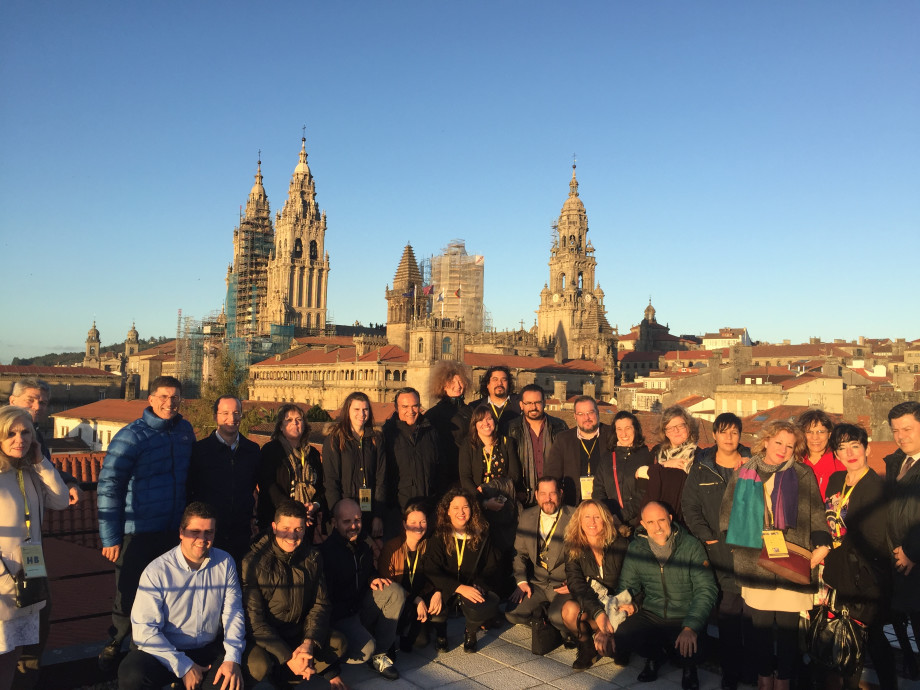 Famtrip and PressTrip through the Camino Portugués and Inglés

El Camino con Correos had the privilege of also participating in the Famtrip and PressTrip organise by Fairway on the Camino Inglés and Portugués. Ferrol, A Coruña, Pontedeume and Betanzos were some of the final of the final stages that journalists and tour operators could get to know first-hand on the first route.

As for the Camino Portugués, participants started on the other side of the border: Valença do Miño and passed some time in Tui, Baiona, Vigo, Pontevedra, Caldas de Reis and Padrón.

In addition, on Monday afternoon they visited the headquarters of Correos, 2 minutes from the Obradoiro, where in addition to checking the operation of our services on the Camino, they were able to take in the wonderful views of the Cathedral of Santiago.