5 places to experience Holy Week on the Camino de Santiago 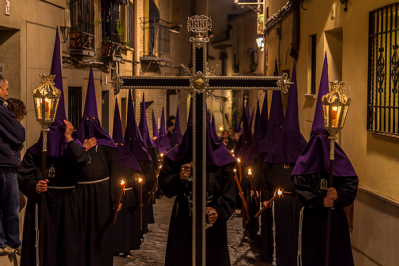 In Spain, Holy Week is not just another holiday; with processions all over the country, this is one of the most important dates on the Spanish holiday calendar.

The Camino de Santiago, while traipsing nearly all of Spain, visits dozens of localities where you can witness the intensity of the festivities.

Choosing the best one is nearly impossible because each place makes your Easter experience unique, but today at the Camino Post Office, we've decided to show you five cities where you can enjoy Holy Week on the Camino de Santiago to give you an idea of what you can find along the route. Ready? Let's get started! ;)

Holy Week is celebrated in a particular way throughout Andalusia, being the most venerated week by those most devout. In this context, Sevilla is one of the cities with the most engaging Holy Week for international visitors, including Camino pilgrims. 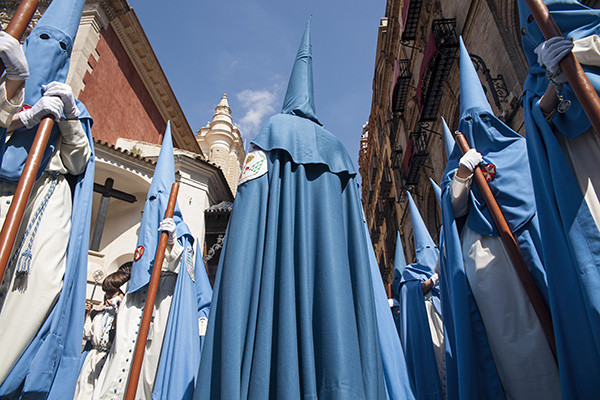 With more than confraternities and a huge number of religious manifestations throughout the city, Sevilla's Holy Week is recognized as a place of International Tourist Interest, which is testament to the interest that this festivity generates in the capital.

From Good Friday until Easter Monday, the entire city celebrates, captivating visitors who come in search of one of the more captivating Holy Weeks in all of Spain. If you are beginning the Camino Vía de la Plata and you want to enjoy a celebration as traditional as it is intense, you should visit Sevilla at this time. And if you're there during the Madrugá (Friday night until Holy Thursday), you can experience the most special night of Holy Week in the Andalusian capital. 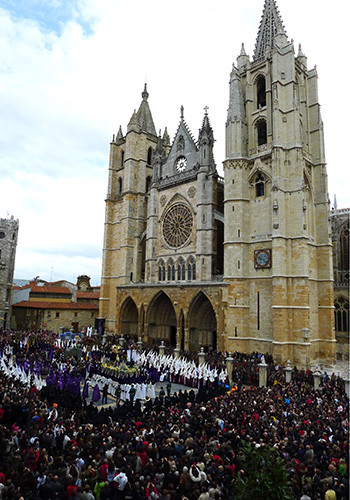 Celebrated for more than 500 years, Holy Week in Leon is the main religious, cultural and traditional event in the city. With 16 centenary guilds (some of which have been around for more than 400 years), the streets of Leon go into celebration mode on these special dates and the city takes on a new life with the thousands and thousands of visitors it receives for its most traditional celebration.

Also declared a place of International Tourist Interest (there are a total of 23 places that enjoy this recognition), Leon's Holy Week is especially interesting because of the Ronda (a procession that runs throughout the city during the night of Holy Thursday until Good Friday) and the Procession of Steps, where more than 4,000 papones of the Brotherhood of the Dulce Nombre de Jesus of Nazareth (who also organise the Ronda), travelling the historic quarter and expansion of the city, with a total of 13 steps that represent the most important moments of the Passion of Christ.

Winner of an internet survey about the best Holy Week in all of Spain, Zamora is one of the cities with the oldest and most prestigious Holy Weeks in Spain, held since the end of the thirteenth century. Recognised as a place of International Tourist Interest, the capital is the only Holy Week in Spain to be recognised as an Asset of Cultural Interest.

There are also sixteen confraternities in the city, some of which have more than 500 years of history. Amongst the main processions is the procession of the True Cross, the Congregation, the Holy Burial, Our Mother of Sorrows and the Holy Resurrection, these five being the oldest and most traditional (all having been celebrated since at least the seventeenth century).

Holy Week in Salamanca is another perfect example of these special festivities. With 17 brotherhoods and confraternities (the oldest one from the 12th century), Salamanca's Holy Week is the perfect option for those who want to enjoy this festivity during their pilgrimage through the Camino Vía de la Plata. The city transforms with the processions, confraternities and centennial places throughout the historical centre of the city, including the Plaza de la Universidad, House of Shells and la Clerecía.

There are many events throughout the city, a standout being the Oficios in the chapel of the old University, an event combining the academic with the liturgical in which all teachers participate, dressed in academic regalia. It is celebrated on Holy Thursday.

Lastly, we go to Galicia, more precisely to the province of Lugo, to experience one of the oldest religious celebrations in the north western region of the Peninsula. Viveiro's Holy Week has been held without interruption since the 13th century, demonstrating not only its importance but the deep level of tradition running through this area that you can visit on the Camino del Mar, starting at Ribadeo. 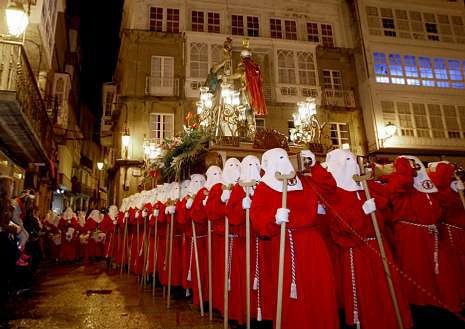 There are eight confraternities and brotherhoods in total in Viveiro, the oldest dating from the 13th and 14th centuries. It is difficult to highlight a particular event at Viveiro's Holy Week, but the Descent and Encounter are especially striking.

There are many more places in addition to this small review of the five most beautiful Holy Weeks on the Camino de Santiago, so if you can't visit these places, don't be discouraged: you're sure to find other equally interesting and engaging locales along the Camino.