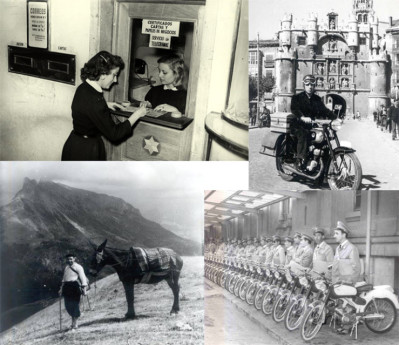 This past 8 July we celebrated 300 years of the Post Office. All the while, we´ve been travelling many ways...including the Way of Saint James!

Day by day we’ve learned what this route means for pilgrims and this has allowed us to help them on their journey, not only through our services but also through advice from postmen and women who know the area like the back of their hands. Let us show you why our colleagues and their work are inseparable from the pilgrims and the Camino de Santiago.

Won´t you join us on this delivery? 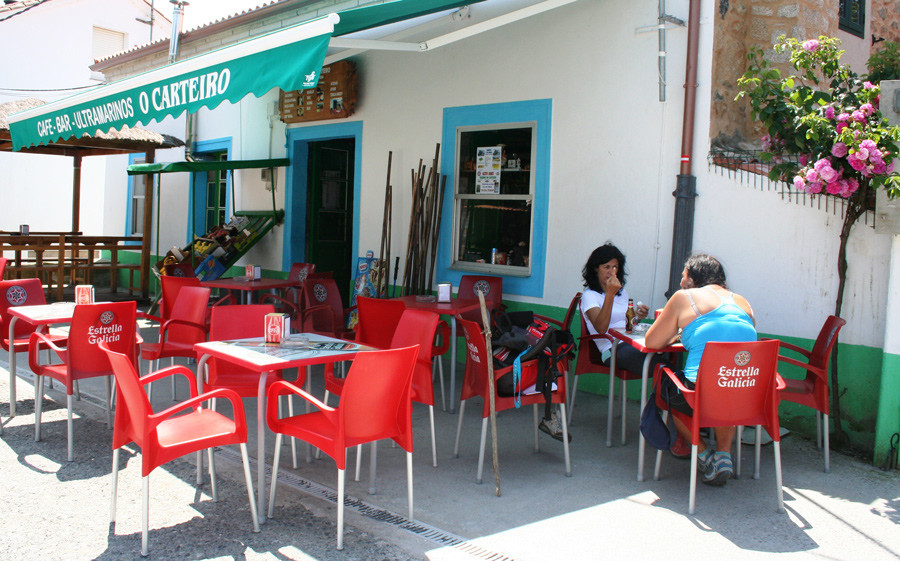 Have you heard of Taberna do Carteiro, between Palas de Rei and Melide, on the Camino Francés? If you´ve been there, you´ve probably met Alfredo, the owner of a place where you can usually find many pilgrims making a stop to recharge.

Alfredo was the rural link for the Post Office in the O Cebreiro area between 1977 and 2003. In those days, he made his route on bike, delivering correspondence through these mountains: a considerable task. If you’ve travelled the Camino on bike and have climbed Pedrafita, you’ll know how hard it is. Like a champ! 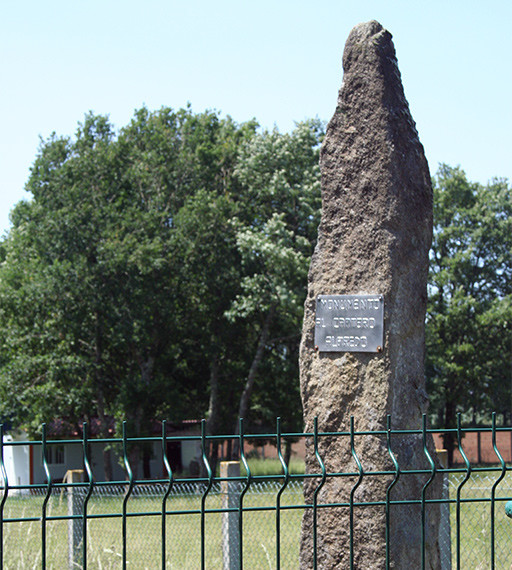 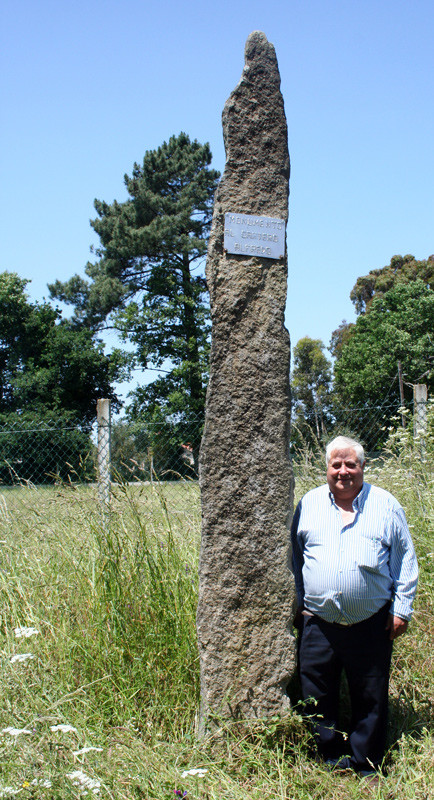 So beloved by the people, when he decided to hang up his satchel and open the bar, neighbours gathered to honour him: they collected a monolith that had been abandoned in Triacastela, cleaned it, restored it, stood it up and, as icing on the cake, placed a plaque on it, thanking Alfredo for his excellent work over the many years.

In July 2015, a colleague from the Sarria office, Manuel, decided to travel the Camino de Santiago on bike as a tribute to Alfred. This "Postman Alfredo Route" took 5 days to reach Santiago de Compostela. You can see photos from the trip here.

Have you seen the monument to Alfredo during our Camino? Or even better, have you met him in person? If you want to meet, greet and share stories with him, remember that you can always go to the Taberna do Carteiro. 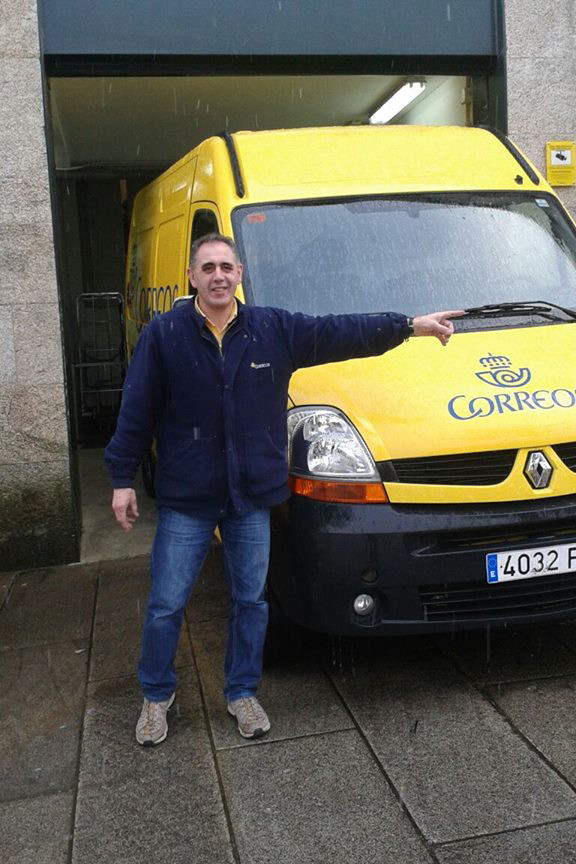 This is Pablo García Astray. Perhaps you´ve seen him at the Santiago de Compostela Post Office where he works. But in Frades (A Coruña) his surname is known as one belonging to a family that has produced 5 generations of postmen for nearly 100 years. 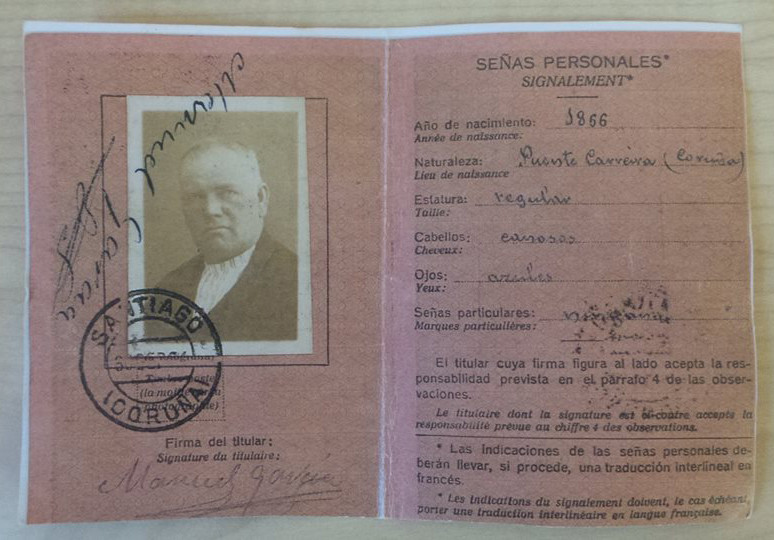 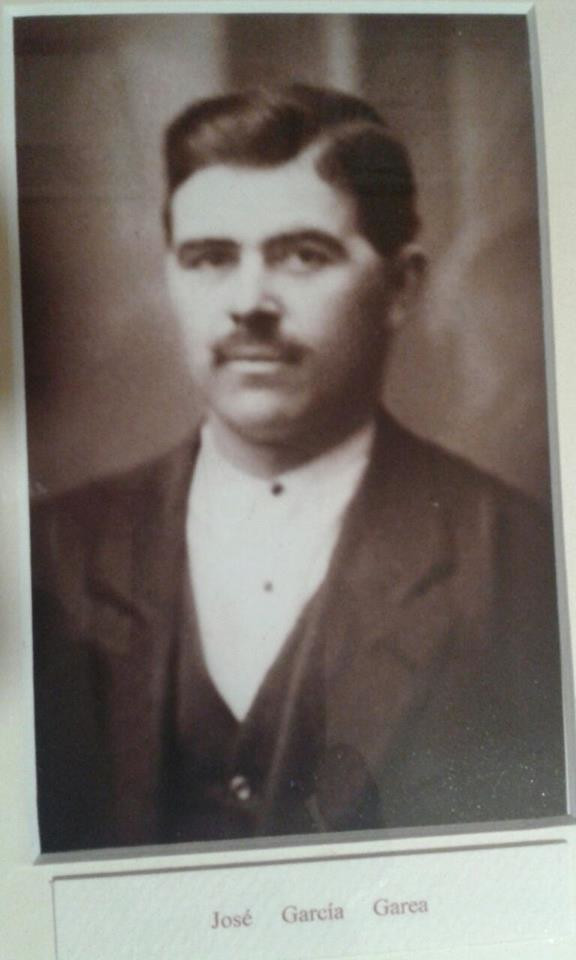 Pablo’s great grandfather, Manuel García Seoane was a rural postman in Pontecarrerira in 1924. At that time, it was quite common for children to continue in the profession of their parents. So when Manuel stopped working, his son, José García Garea slung the satchel over his shoulder and continued delivering mail along his father’s route.

Then Edelmiro García Agra arrived, whose photo was taken in 1970 during his delivery route. The three remained in the area, delivering mail throughout the villages of Frades. And then there is Pablo, who also began his Post Office career there until he joined the competition in 2000 and moved to Santiago, where he remains today. 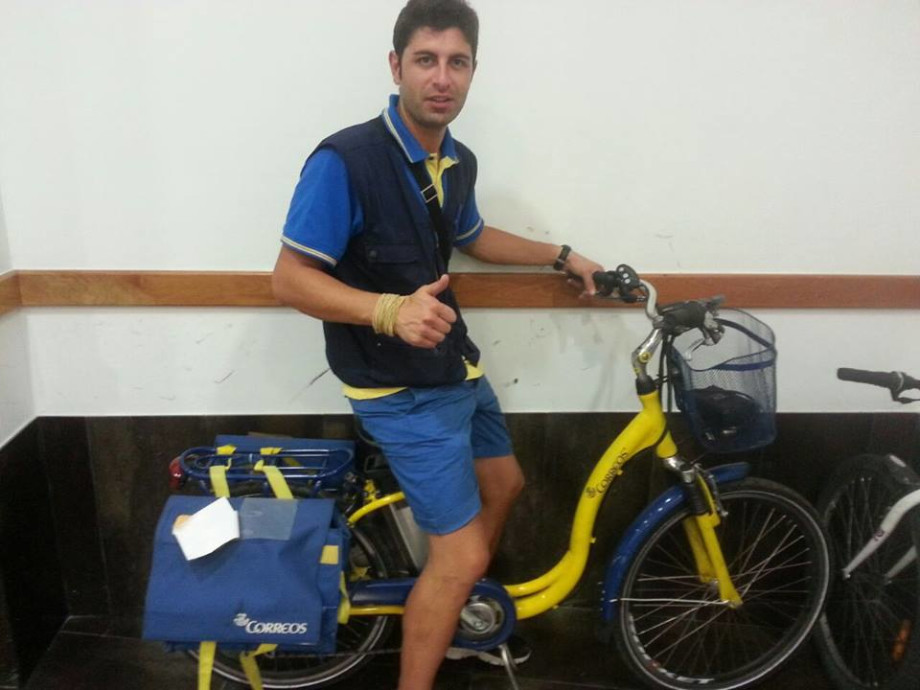 Finally, there is Pablo García Bermúdez, son of Pablo who is probably getting ready for delivery right now on one of his Post Office bicycles. We would say "The End" but given how deeply rooted the Garcías are in this position, we´re better off with "To be continued” ;-)

Discover your own Camino 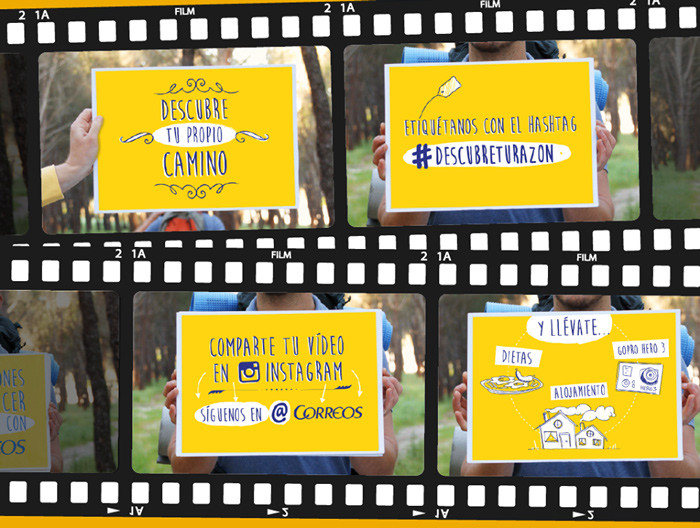 The Post Office has also endeavoured to be on the Camino de Santiago for other reasons. The first and foremost: adapting certain services and creating new ones according to the needs of the pilgrims. Hence, what today is known as El Camino Con Correos was born: services, advice, guides, information, exchange, etc.

But in order for our services to be useful, pilgrims have to know about them. Travelling around, it occurred to us: what better way to go about doing this than choosing three real pilgrims who would really try and relate their experiences. Thus, the ‘Discover your own Camino’ initiative was born.

First, we had to find three 'Chosen Ones' that were already planning on doing the Camino. To do this we launched the ‘Discover your reason’ contest, in which we asked each person what his or her reason was to walk to Santiago de Compostela. We received many stories, but we finally chose 3: from Ana Jaén, Aida Milan and José Antonio Torres. In this video they share their reasons.

The second step was to follow the pilgrimage of our protagonists through social media, giving them room and board and free access to our services during their journey. They set off on 4 August 2015 from different points: Ana chose the Northern Way, Aida chose the French Way and José Antonio chose the Primitive Way. They left separately, but on 14 August arrived together at the Plaza de Obradoiro.

It was a wonderful experience sharing their daily steps, encouraging them while being able to appreciate what they were thinking and feeling. We learned a lot of important lessons about the Camino through their point of view and we remember them in our day to day with pilgrims. If you want to see more Camino photos from Ana, Aida and José Antonio, you can visit this Facebook album. 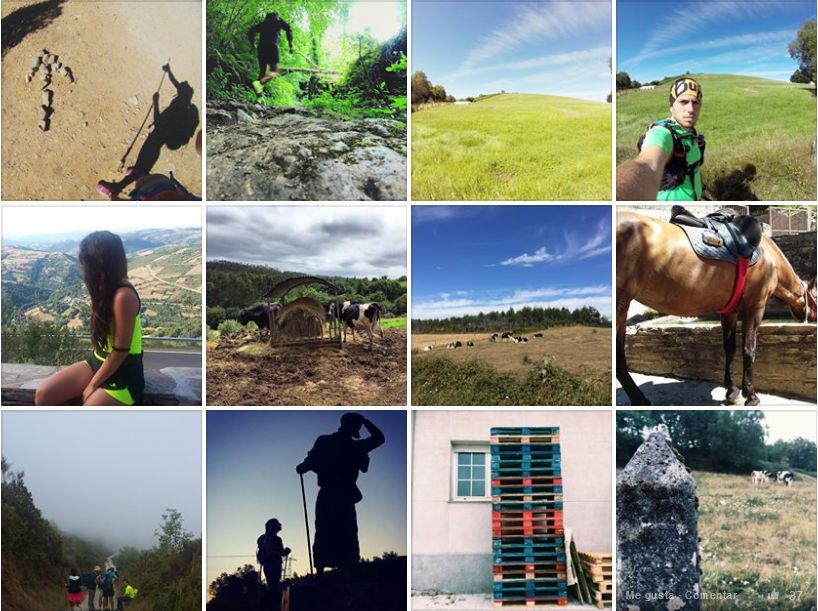 We hope to keep walking and growing together for the next 300 years -just as the Way of Saint James has been adapting to changing times and to the goals and needs of each pilgrim- and we appreciate the confidence you've had in us.

As we have for three centuries, we will be there for whatever you may need!