10 charming villages on the Northern Camino 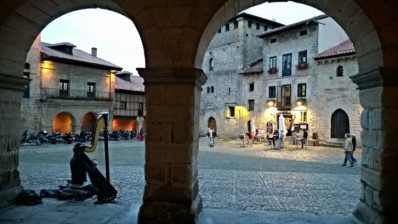 If anything has characterised Spain throughout its history, it is the close link that it has always maintained with its villages. While other countries have abandoned them to concentrate its residents in large cities, we have been able to maintain thriving villages, even now on the decline.

This not only maintains local traditions and the affective bond that unites neighbours of a town, but also allows visitors, or, in this case pilgrims, to discover many charming villages along the Camino.

We could talk about all of the beautiful villages that you can cross on the Camino de Santiago, but if we consider that the Camino travels along almost the entire peninsula, we would be writing an article longer than the Codex Calixtino :D, so we've decided to focus on just one Camino (this time) and review 10 charming villages on the Northern Camino. Ready?

The place of birth of Juan Sebastián Elcano, the first man to go around the world, is the first village on our route. With a markedly maritime and whaling history, this village in Gipuzkoa welcomes pilgrims arriving from Zarautz through the promenade that joins the two localities.

Here you can't miss the gothic Church of San Salvador, the Aldamar tower or the amazing houses of San Roque street. Of course, if you want to pair your visit with some local wine from the area, try the delicious txakoli, a fresh and light white wine, lightly acidic and gently frothy. 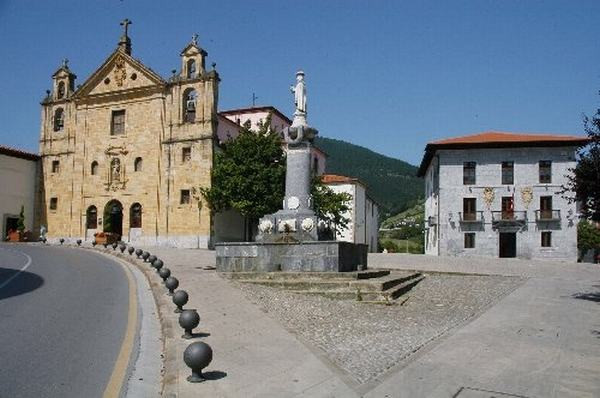 The first Biscayan village on the Jacobean Route is a small medieval village that, despite having lost its walls, still retains its physiognomy. Its history sweeps through its streets, where there are architectural treasures, like the Church of Santa María de la Asunción, created in the sixteenth century, or the hermitage of San Miguel de Arretxinaga, with a hexagonal floor and altar built from three enormous rocks arranged in a truly curious way.

Developed under the shadow of a powerful abbey of Santa Juliana, where the relics of this martyr are housed, Santillana del Mar takes us on a journey through time to the Middle Ages almost without blinking, since its historic quarter is known for conserving the particular appearance of that period. With a population of a little more than 1000 inhabitants, Santillana del Mar offers pilgrims incredible places to visit, including the Colegiata, Plaza Mayor or Torre del Merino, built in the 15th century. 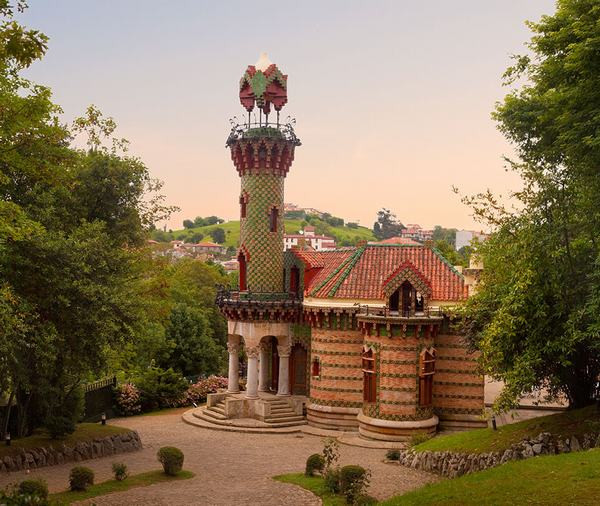 At the end of the stage that starts in Santillana del Mar, there are other charming villages in Cantabria: Comillas. This village has a long and rich history and Jacobean tradition, so much so that already in the sixteenth century a hospital was designed especially for pilgrims passing through.

But if there is something that stands out in Comillas, it is the emblem of the locality, El Capricho, by Antoní Gaudí, an architectural marvel that oscillates from eclecticism to modernism, and which represents only one of three works by the Catalan architect outside Catalonia.

With 25,000 inhabitants, this locality departs somewhat from the small villages that we've seen until now, but making a list of the charming villages of Cantabria without naming them would be an affront to reason ;)

With a history that fluctuates between high-imperial splendour, the decadence of late antiquity and with a renaissance as an economic hub in the twelfth century, Castro-Urdiales is today a place where it is necessary to make stop to behold the beauty of the Gothic church of Santa María de la Asunción, the hermitage of Santa Ana or the beautiful group of houses and chalets from the late nineteenth and early twentieth centuries. 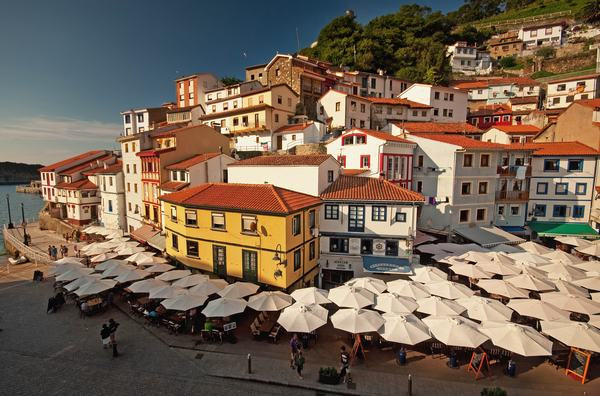 Perhaps one of the most charming villages in Asturias. With the construction of houses in a staggered formation facing the sea, you'll get a postcard picture of incomparable beauty. Here we recommend walking its alleys and steep steps, always overlooking the sea, where you can breathe in the maritime spirit of this village, a spirit that accompanies it from its very foundations. 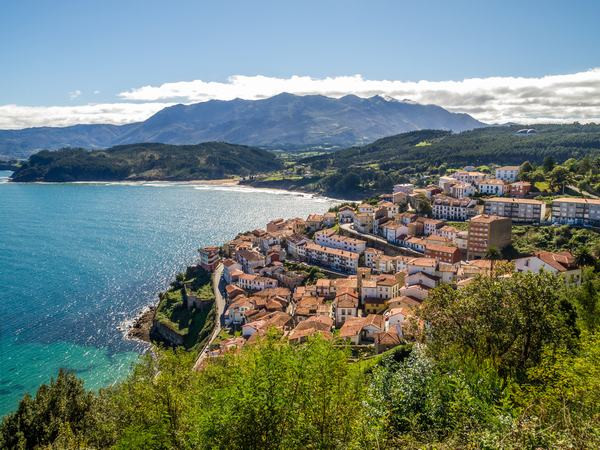 Owner of rich historical heritage, which includes buildings like the Romanesque-Gothic church of Santa María, the Casa del Cercau or the Gothic chapel of La Magdalena, Llanes has been a Jacobean village throughout its history, as confirmed by the hospital that existed outside of its walls, of which, today, only the chapel remains.

But Llanes is not only full of history: its more modern profile opens the way with memory cubes, a piece by the artist Agustín Ibarrola that catches the attention of all who pass through Llanes. 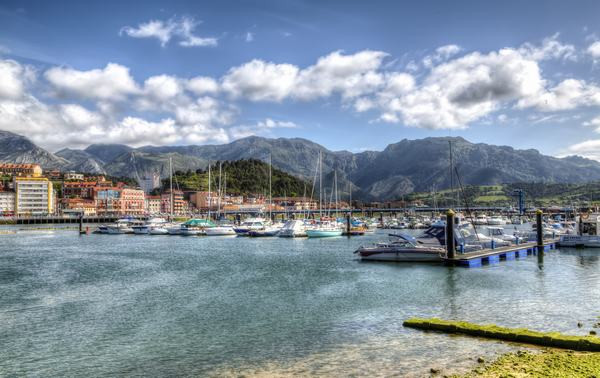 On stage 17 of the Northern Camino, we find Ribadesella, a charming Asturian village that was founded in the twelfth century and was known for much of the Middle Ages as one of the main ports of Asturias, where pilgrims and merchants came in equal numbers.

The main attraction of this charming Asturian village is on the highest part of it; from there you can enjoy a panorama from the Picos de Europa to the Cantabrian horizon. 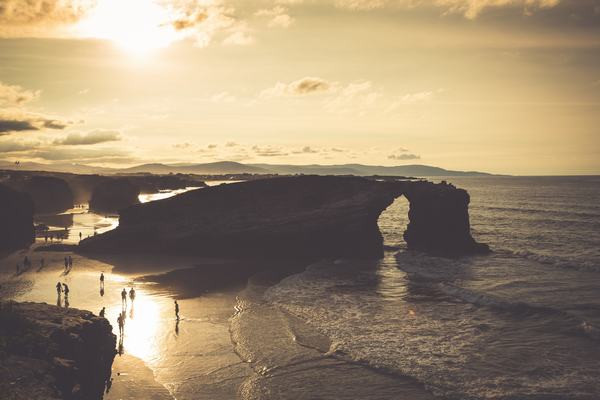 Ribadeo grew, like many towns on the Northern Camino, with a culture marked by its relationship with the sea. Its historical quarter is very close and ascends by the slope of the hill until the main plaza. There we can see the Town Hall, the tower of los Moreno or the Convent of las Clarisas. But if Ribadeo is famous for anything, it's for having one of the best beaches, la Playa de las Catedrales, a space where you can see the Cantabrian carving the rocks into impossible shapes.

This locality is one of the seven provincial capitals of Galicia, and here you can observe the strong presence of the church throughout its history. A sample of such is its eclectic Cathedral, the Seminary or the Church of los Remedios. In its urban quarter, you can also visit the interesting Interpretation Centre of the Northern Camino.

We hope you have enjoyed this review of the most beautiful villages on the Northern Camino. Share it!