Camí de Sant Jaume: Catalonian routes and their integration on the Camino 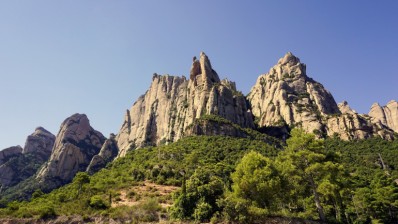 There are as many Caminos as there are pilgrims. There are famous routes, unknown routes, sell out routes, uncluttered routes, historical one and even forgotten ones. Amongst all those are the Catalonian routes of the Camino de Santiago or Camí de Sant Jaume, routes with a low number of pilgrims. The work of the Catalonian associations is now to integrate these routes and make them successful in the coming years.

If the variety on the Camino is wide, in Catalonia the slopes multiply.  The absence of a grand hegemonic route, as happens in other regions which feature more popular and busy roads like the Camino Francés, make it so that we find multiple routes to Santiago in Catalonia, passing through Girona or Lleida -entering from France- or from Barcelona or Tarragona- for brave ones setting out for Santiago from the Catalonian coast- and that continue towards Jaca, linking with the Camino Francés or towards Zaragoza, by way of the Camino de Santiago of Ebro.

On the ground, twelve associations of theCamí de Sant Jaumespread pilgrim culture with a dual objective: get more people on the Camino de Santiago and promote thedifferent routes of theCamíthat pass through Catalonia.

One of these is the Associació d’amics del Camí de Sant Jaume de Terrassa. With more than 90 members, they are dedicated to distributing Credentials for all pilgrims from the area who come to retrieve one and, to promote the Catalonian routes, organize a trip every month in which they walk through the different stages of the Catalonian Camino 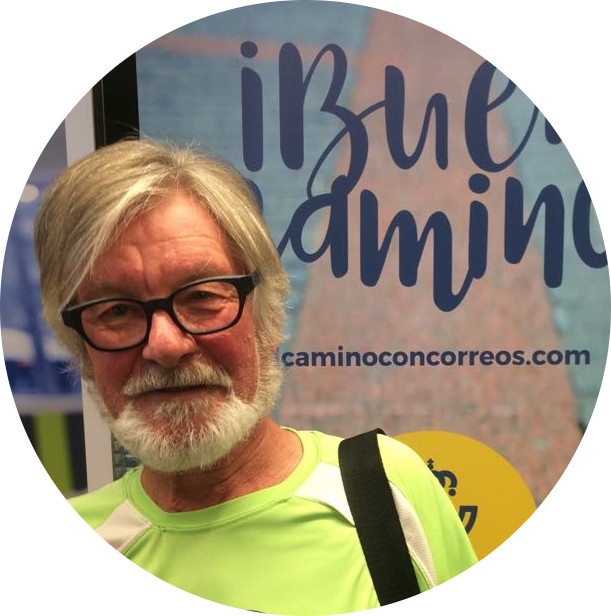 “We’re very happy because there are a lot of Catalonian pilgrims. Todate, we’ve give more than 350 credentials.”

Josep has spoken with us, explaining the work done handing out credentials every Tuesday morning and has stressed the needs for shelters so that the pilgrimage through Catalonia can grow: "We are dedicated to giving out credentials. People come from Terrasa but also from afar. We’re very happy because there are a lot of Catalan pilgrims. To date, we’ve give more than 350 credentials.”

And, effectively, in Catalonia, the Camino has many followers. According to official data from the Office of the Pilgrim, in the year 2016 has been the fourth autonomous community in terms of pilgrims. In total, 13,354 Catalan pilgrimsreceived theCompostelain the past year. Only the communities of Andalusia, Madrid and Valencia beat out Catalonia in terms of numbers, with Galicia in fourth place on the list. In 2016, 8,414 Compostelaswere given to Galician pilgrims.

But the data changes a lot when we look at how many pilgrims have come from Catalonia. During the past year, only 164 people crossed the peninsula from east to westthrough Catalonia, 129 of them from Montserrat, a very important pointin the Catalonian tradition, wherethe Benedictine sanctuary and monastery stands dedicated to the Virgin of Montserrat.

Image of the iconic mountain of Montserrat, in the shape of a sierra

Montserrat, however, is a point of great importanceand is very close to Terrassa where the associaciód’amics worksto make sure that the first hostel of the area is opened: “We have to build hostels. Here in Terrassa we are moving to build a hostel, so that those who come from Girona have a place to stay”, Josep tells us.

Girona is another important place on the Catalonian routes. There are several from Narbona (France), passing through Perpinyà and Montserrat, leaving Catalonia for Lleida. However, there are two alternative routes, both from Giron and Montserrat: one of the goes to Catalonia for a few kilometres, passing throughVielha before entering Huesca towards Jaca to join the Camino Francésthrough Aragon. The other follows the course of the River Segre from Seud'Urgell to Lleida.

The Camino de Santiago offers an absolute variety, which is shown with greater clarity as we move away from the main Jacobean routes. There is not a single Camino de Santiago, but rather different paths are integrated into an immense amount of Camino that move towards the tomb of the Apostle.

From the Camino Post Officewe focus on integration, which is the value for the month of August, for our initiative The Values of the Caminoin 12 months.

You can also visit our website in Catalan, one of the 9 languages that we have available for advice when travelling the Camino, routesand, of course, all of our services.