What can you see in Burgos in one day? 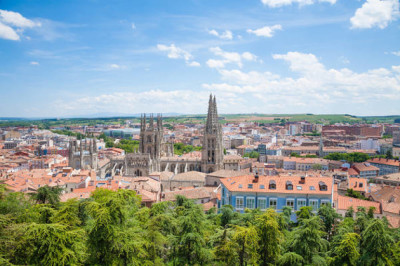 The Camino de Santiago is a space that has allowed for economic and physical development of the different cities through which it passes. It is thanks to the Camino that many villages became towns and many towns became cities, therefore it is important that a pilgrim understands the places he or she has encountered: each of the places that he or she visits is the way it is because of the thousands of pilgrims who traversed it before.

Based on this, we realized that it was very important to start talking in depth about the different localities that you will traverse on your Camino, therefore we have decided to create a new space within our Camino Postcards where we will dedicate one article per month to exploring places that you should visit in a certain city. We have many options to start, but we finally decided to opt for one of the most important cities on the entire Camino: today we're going to let you know what to see in Burgos in a day.

The first thing we'll share with you are three places declared World Heritage Sites, which are the Cathedral, the Camino de Santiago (logically :D) and the archaeological sites of the Sierra de Atapuerca. The Camino traverses through the city and the sites are located 17 km from it, so if you are only going to be in Burgos for one day, we recommend that you visit our beautiful Cathedral, which is one of the best representations of Gothic in Europe. Of course, if you want to know even more about the sites, the city has a very informative Museum of Human Evolution.

Without leaving the Cathedral, right in Plaza del Rey San Fernando we find another emblem of the city: the Arco de Santa María, one of the old twelve doors that gave access to the city in the Middle Ages. Built during the fourteenth and fifteenth centuries, it was remodelled during the sixteenth century to become what it is today. Today, it is an important cultural centre. 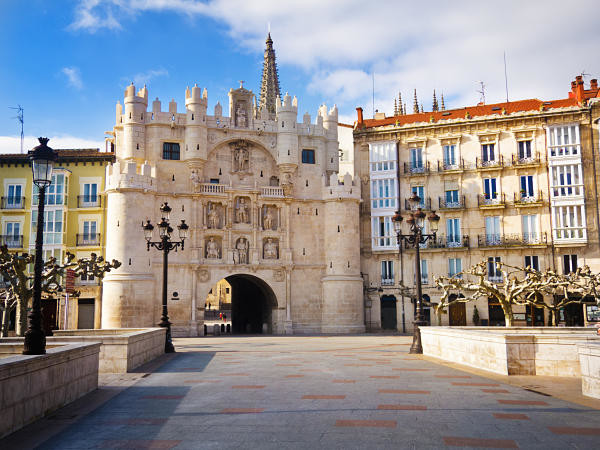 On our tour of places to see in Burgos, don't miss out on visiting the Monastery of Santa María la Real de Las Huelgas, founded at the end of the seventh century. This building has a chapter hall, carvings, altarpieces, tapestries and an indoor patio that is a true wonder.

The Castle of Burgos is another place that must be visited when you arrive to the Castilian capital. Located on San Miguel hill and raised in 884, today only the remains of what it was can be seen, since the various wars it has experienced throughout its more than 1130 years of history (especially the French invasions) have left clear scars to its structure.

Another two places to see in Burgos, not so much for its aesthetic beauty but for its significance to the Camino, are the Arco de San Juan and the Arco de San Martin. The first, now very remodelled, is part of the gate through which the pilgrims accessed the centre of the city through the wall; the second, constructed in the fourteenth century in the Mudejar style, was the exit gate for pilgrims who were on their way to Santiago de Compostela.

Now, as far as green spaces are concerned, Burgos, has the Paseo del Espolón, a tree-lined promenade where the branches of the trees seem to intertwine themselves over our heads. It is located in the centre of the city and is framed by a series of beautiful buildings from different eras.

In addition to this passageway, the city also has the Parque Isla, an almost kilometre long park that runs along the banks of the River Arlanzón and has a fountain with a waterfall made from stalactites and stalagmites from the Atapuerca cave.

The last place to see in Burgos is its main square, a beautiful plaza in the centre of the city located just 100 meters from the statue of El Cid, one of the great Castilian heroes.

We hope that you have enjoyed this article listing some of the places to see in Burgos in a day, and that it helps you to best prepare for a visit to the Castilian capital. Let us know what you thought about it and if you would like to add another location. Don’t forget to share!