The hands of Mocho, a symbol of friendship on the Camino 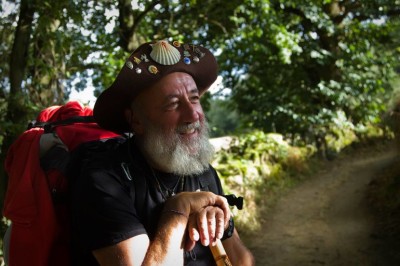 They are only 3 centimetres of plastic and go from pilgrim to pilgrim and they symbolise the fraternity on the Camino. Today we close a new chapter of the initiative that we're undertaking this year together with iPeregrinos under the title The Vales of the Camino on 12 meses, talking about the hands ofMocho, a true symbolof friendship on the pilgrimage to Santiago.

They are neither bought nor sold. They are given to those people who are on the Camino, marking their journey. And they are distributed via handshake. They are worth nothing. But since 1999 more than eight hundred thousand have been handed out. Their creator is José Sanchís, better known as Mocho, a native of Onil (Alicante), "the cradle of dolls." In one of these dream-making factories-the Famosa one-Moncho worked all his life. And, from there, his fondness for making these little figures grew, which represent the camaraderie of the Camino. 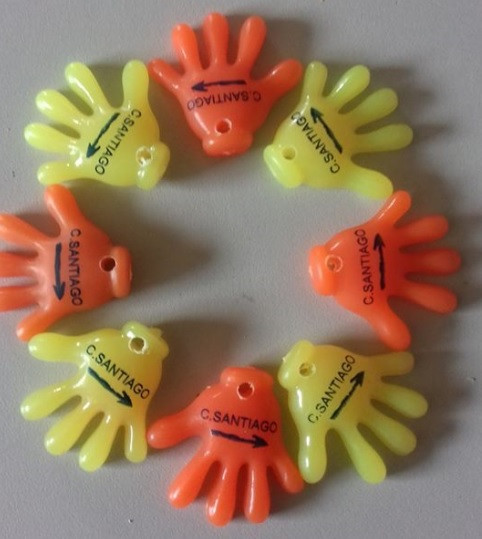 Mocho discovered the Camino, like so many other people, in 1993, on the Jacobean route. The stages covered on foot between Astorga and Santiago marked him forever. So much so that six years later, he decided to repeat it. This time, alone. Or maybe not. Because in that second foray on the Camino, he was accompanied by small plastic hands that he made as a hobby at home and distributed to the children with whom he shared camps. And decided to share them with those who made sure that he was never alone on his route, starting a beautiful custom that is still active. "The hand is not bought or sold. It is given to that person you encounter on the Camino and it has something, a special sensibility that cannot be defined," Mocho explains, while creating a new batch of his hands. "Almost two decades later, people keep asking for them and giving them away. Apparently, they are a worthless piece of plastic. But they have something that makes others happy. And that gives me great satisfaction," he says. Because the hands of the Camino are not a souvenir or a merchandising item. They neither bought nor sold. And Mocho explains it this way: "The hand is worth nothing. But friendship is priceless.” 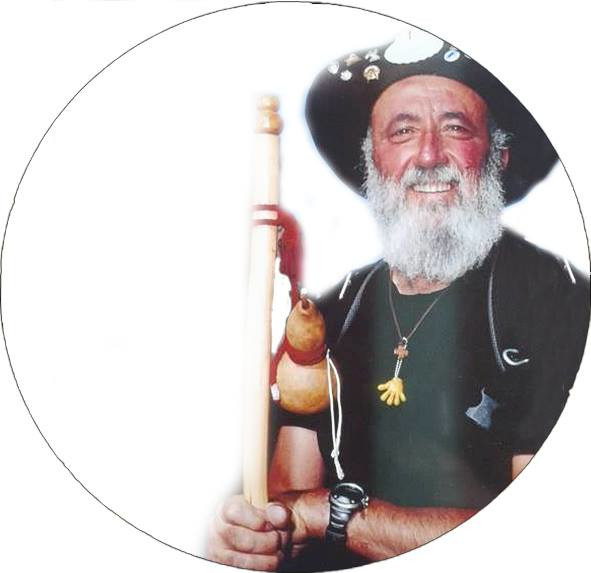 “The Camino is acceptance and human warmth. You're never going to walk alone.”

Mocho says that he feels rich and lucky, because throughout the nine Caminos he has cultivated many lasting friendships. "The Camino is acceptance and human warmth. You will never walk alone," Mocho says, who prefers to go solo. "The Camino is understanding yourself. When you walk alone, you talk to yourself, you listen and you love," he adds. Mocho highlights the moments of solitude on the Camino. A few moments that are necessary to understand how to value different encounters with people. Sometimes they are pilgrims. Other times, they are people from hostels and hospitals. And others, simply people of the Camino: a pastor offering water, an elderly lady who gives you encouragement on the worst kilometre of the day...

Of the many moments of friendship on the Camino, Mocho was especially touched by one who roused him to not abandon his factory of dreams. It was in Sarria, after going to a wedding with a child with Down syndrome. He put his hand in his pocket and gave the boy one of his hands without saying a word. Three kilometres later, at a stop on the road, Mocho met the family again. And when the child saw him, he threw himself on his legs and hugged him. "It was so beautiful that I ended up crying with his parents. Moments like this make you see that a beautiful piece of plastic has its own value to each person. And since that day, every time he asks me to send him a friendship hand, I don’t think, I just write down the address and deliver," he concludes. 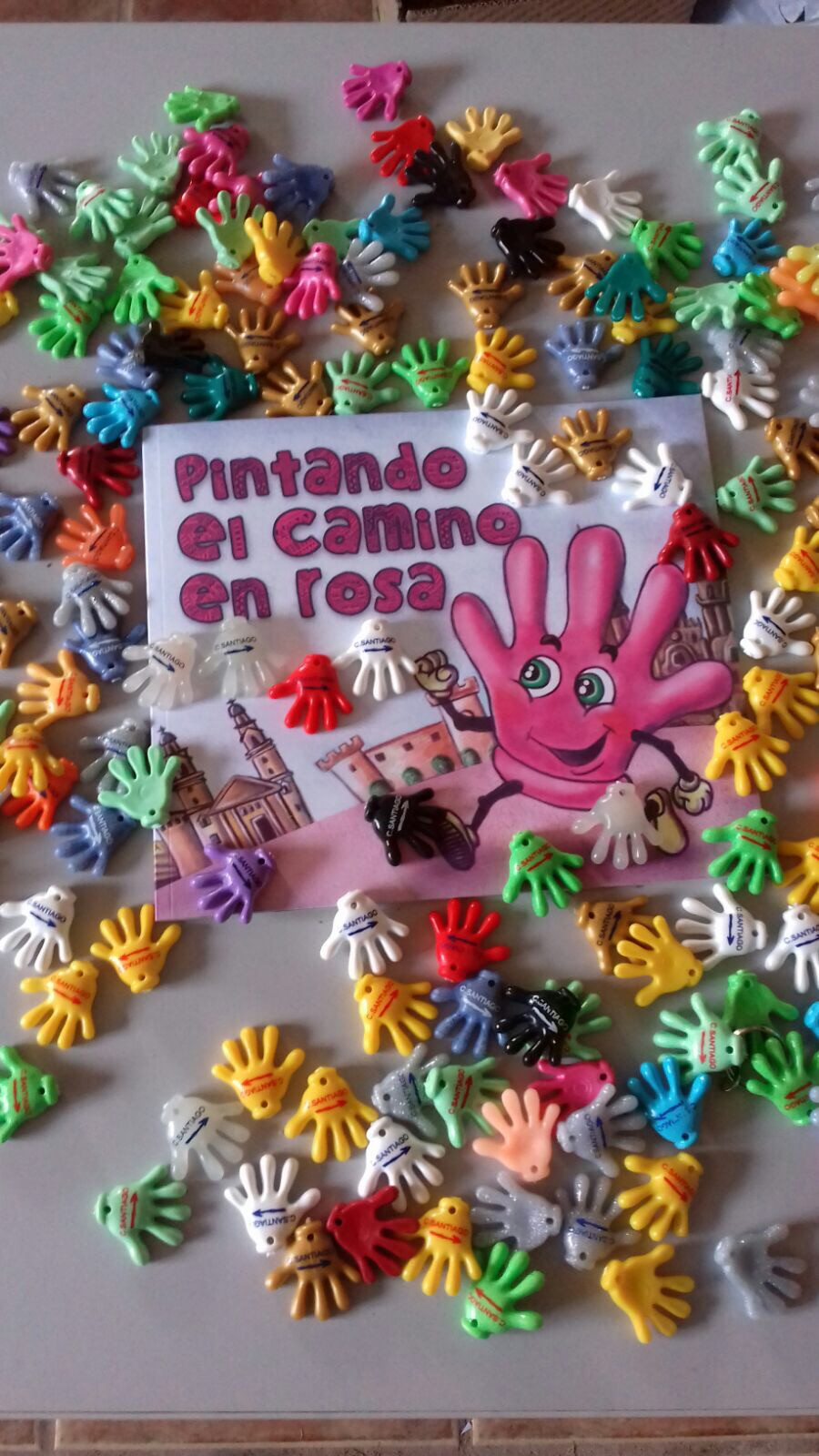 Such experiences have led the hands of friendship to evolve into hands of solidarity. For some years, the hands made by Mocho have been painted pink for children with cancer. This is a solidarity campaign carried out byAspanion (Association of Parents of Children with Cancer),whose symbol is Mocho’s figures. A relationship that was born on the Camino, when Mocho met one of the leaders of the association, Amparo. Since then, the little hands have been a part of the activities of these children and have inspired the book Painting the Camino in Pink, which tells the story of the friendship hands and allows people to turn their own palm into a hand of solidarity.

The hands of Mocho are just more proof about the value of friendship on the Camino. Whether we have them or not, the truth is that one of the greatest gifts that the pilgrimage otSantiago offers us is being able to share it with other people. We want to encourage you to share your experiences with us. Since, after all, it imparts experience and sharing.