“The Camino has not lost its essence: that of the inner journey and finding oneself.” 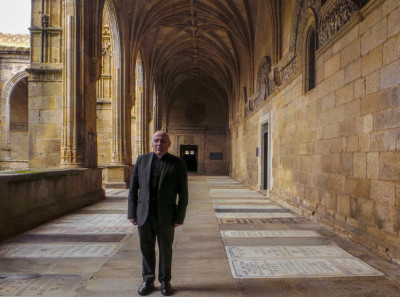 The Camino continues beating records. Almost 58,000 pilgrims arrived this August in Compostela. And everything indicates that 2017 will be a historic year. A number that, beyond the headline, implies a challenge when it comes to receiving and caring for the thousands of people coming to Santiago every day.

We talked to the Dean of the Cathedral, Don Segundo Perez, in the beginning of September about reception and pilgrims services, highlighting the importance of the opening of the new International Pilgrim Reception Centre, where there is meeting and service space for the pilgrim, in addition to providing a series of services that you'll need once at your destination, such as those offered by the Post Office.

And there are two new developments on the horizon: the Cathedralwill celebrate daily mass in English and will have a Korean pastor. 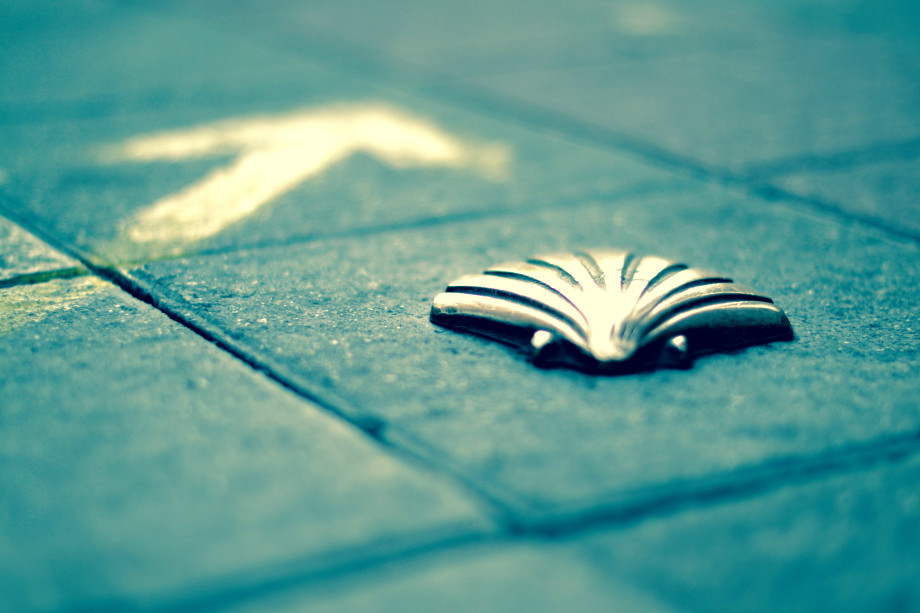 The Camino as an inner journey

When meeting the Dean, we arrived to generous queues to enter the Cathedral and participate in the pilgrim mass. Our conversation cannot begin without mentioning the rise of the Camino de Santiago and the arrival of thousands of pilgrims to Compostela.

"There is no doubt that the number of pilgrims and visitors to the Cathedral of Santiago has increased considerably, around 12%. But beyond the amount, which is good, is a more important fact that people do not notice. And it is that there are more and more pilgrims who come for religious reasons and finding themselves," Don Segundo Perez says.

The Camino as a journey, not as a goal. The pilgrims embark on the path to the tomb of the Apostle in the spirit of search, an inner journey and reunion with faith. The data corroborates this. 89% of people travelling the Camino this summer have religious or religious-cultural reasons. "The meaning of the pilgrimage to Santiago has not been lost over the years since the Middle Ages: conversion, life changing, rethinking of one's existence." 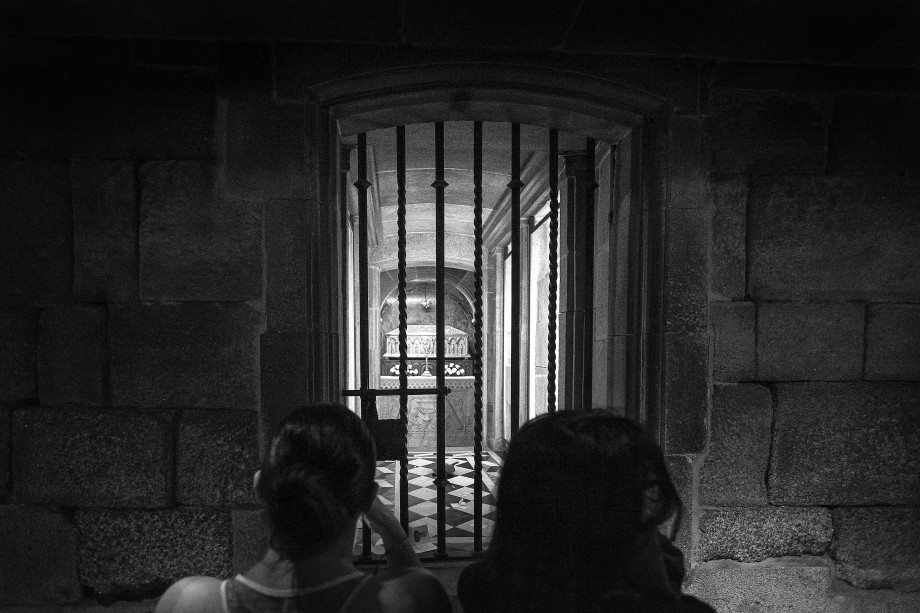 This has led to greater effort from the Cathedral in the reception, care and meeting. Something to which the International Pilgrim's Reception Centre has undoubtedly contributed. But also the celebration of the mass and confession in different languages, the celebration of periodic meetings, including catechesis around the Cathedral.

"There has been more space for meeting and physical attention," assures the Dean. Something that is not only given to the pilgrims, but all those who are part of the Camino.

In fact, every fifteen days, the Cathedral holds a training session for volunteers, both from here and different countries: After chatting once a week, they have coffee. And they get to know each other, talk about their experiences, their concerns...it has been a great qualitative change," he explains.

"What most people value coming from outside Spain is precisely this encounter. To meet someone who receives them, welcomes them in their own language."

Because, what does a pilgrim value most when they arrive to Santiago? "What most people value coming from outside of Spain is precisely this encounter. To meet someone receiving them, welcoming them in their own language," says the Dean.

Hence, once the summer is over, the Cathedral will keep the daily mass in English at 10 o'clock in the morning at the Pilar chapel. And in 2018 there is more news: a Korean priest will be present to provide spiritual care throughout the year.

"The arrival of Korean pilgrims is growing year by year and we sometimes have a hard time understanding each other because not everyone speaks English. So we've included someone who can attend to them not only at the Cathedral, but also at the Pilgrim Office," Don Segundo Perez explains.

Pilgrim services
Reception, religious and spiritual services are not the only ones offered by the International Pilgrim's Reception Centre. In fact, as we've mentioned before, the Post Office offers services such as #PaqBicicleta or #PaqPeregrino, which facilitate the sending of luggage, packages or bikes once the Camino is done. And that is also an important quantitative leap for the Dean.

"One of the aspects that seemed necessary in the new Centre is that the pilgrims had other servicethat they needed urgently when arriving without having to search the entire city. That is why there are spaces for certain initiatives such as the Post Office, which in addition to providing a very good service, is very efficient and is very accepted," the Dean explains. "It is a service adding to the pilgrim's intendancy," he concludes.

Before we say goodbye, we also want to clarify one of the fundamental services for pilgrims: the credential, which accredits you as the pilgrim in order to access a shelter, along with being a document that you have to seal along the way in order to get the Compostela upon arrival to Santiago.

There was time when there were many credentials, of different types and different prices. But to this day, the only valid one to obtain the Compostela is the one issued by the Cathedral of Santiago and those authorised by the Cabildo, like those facilitated from the Spanish Federation of Friends of the Camino de Santiago.

But after several observations, criticisms and protests, we've found more than 20 different types at prices ranging from 5 to 20 Euros. Given this situation and after long reflection, a decision was made at the Cabildo: there is a single credential, which will only cost the pilgrim no more than 2 Euros.”

The bells of the Berenguela announce that the end of our conversation has arrived. This same day a series of conferences on the Chair of the Camino de Santiago and Jacobean Paths is presented, an act in which Don Segundo Perez participates. And thousands of pilgrims wait in the Cathedral for the beginning of the mass. So, we said goodbye to the Dean, thanking him for stopping to talk to us and wishing him well.