Jacobean stamps, companions of the Camino 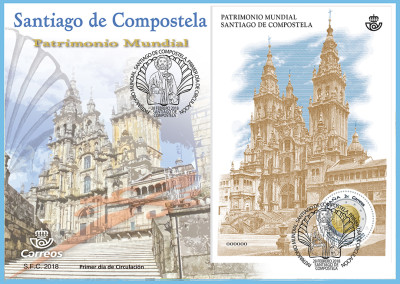 Santiago de Compostela, the goal of all Jacobean routes and roads is the image of the new stamp that Correos has now put into circulation. In any office in Spain, you can buy this stamp that is peculiarly round.

It represents the obverse of the 2 Euro coin that will be put into circulation this year and features the Apostle James dressed as a pilgrim in front of the one of the doors of the Cathedral. Today we're using this incorporation to the family of Jacobean stamps to tell you about the long relationship between the Camino de Santiago and philately. 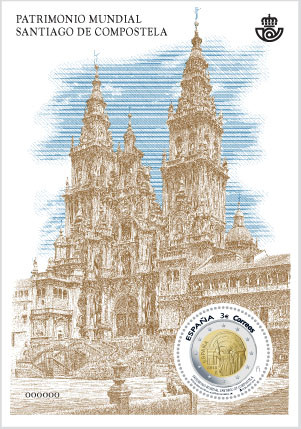 The World Heritage series gains a new seal today, which features the Apostle, the Cathedral and the city of Santiago de Compostela as protagonists. On it, you can see the Apostle himself before the main facade of the temple in the Plaza del Obradoiro, which every year receives thousands and thousands of pilgrims.

The homage to Compostela as a World Heritage site is complemented by a beautiful envelope featuring the Cathedral and cross of Santiago, along with a postmark with the figure of the Apostle and pilgrim shell.

The Camino becomes a stamp in 1937 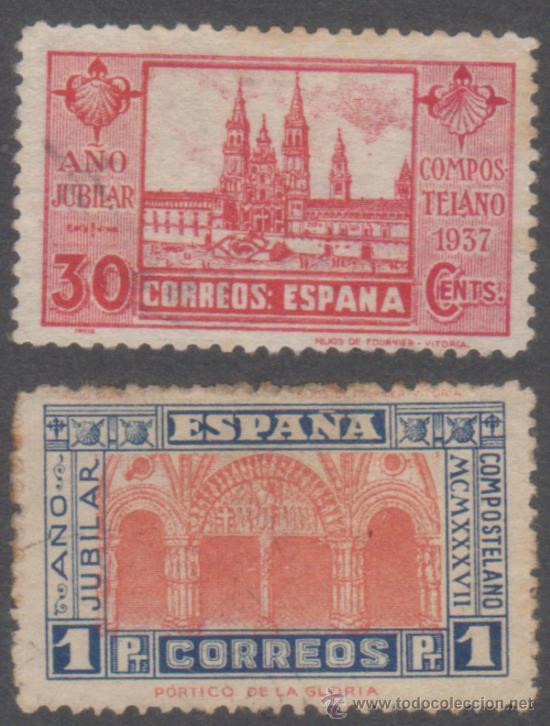 This is the last stamp in a long relationship between the world of philately and the Camino de Santaigo. To find the beginning of the story, we have to go back to 15 July 1937, when the first three stamps dedicated to the Jacobean Route were issued. the Apostle Santiago, the Cathedral and the Portico of Glory were the protagonists of these prints, which were printed in lithography at the 'Hijos de Fournier' printing press in Vitoria, with the title of Compostela Jubilee Year.

Since then, the relationship between the between the stamps and the Camino has become closer. Every Holy Year has its own commemorative stamp; every monument and artistic or patrimonial work is featured on a stamp.

There is the Cathedral series, including those in Santiago, Oviedo, Leon, Jaca, Burgos and Logroño, or the stamps featuring distinctive monasteries, churches and monuments on the Routes: from the Collegiate Church of Santillana del Mar to the Templar castle of Ponferrada passing by the Hostal de San Marcos de León.

The last of this great family of Jacobean stamps is dedicated to the Camino de Santiago itself, issued in 2016. On it you can see the main facade of the Cathedral of Santiago receiving the pilgrims along with the traditional scallop. 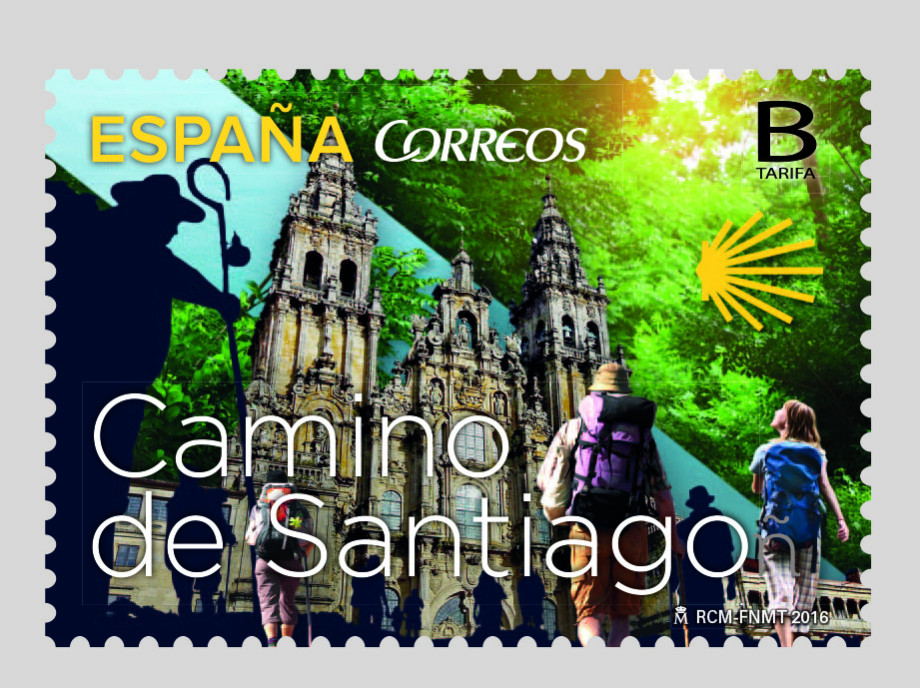 The definitive leap in the philately-Camino de Santiago relationship took place in April 2017 when Correos launched the Philatelic Credential. Of course, the philatelic does not replace the Credential issued by the Cathedral of Santiago accrediting the pilgrim. It is rather a document that Correos wanted to offer to pilgrims as a different and special memory for all those travelling to Santiago each year, those with a very close relationship to the route, or those interested in the world of stamps. 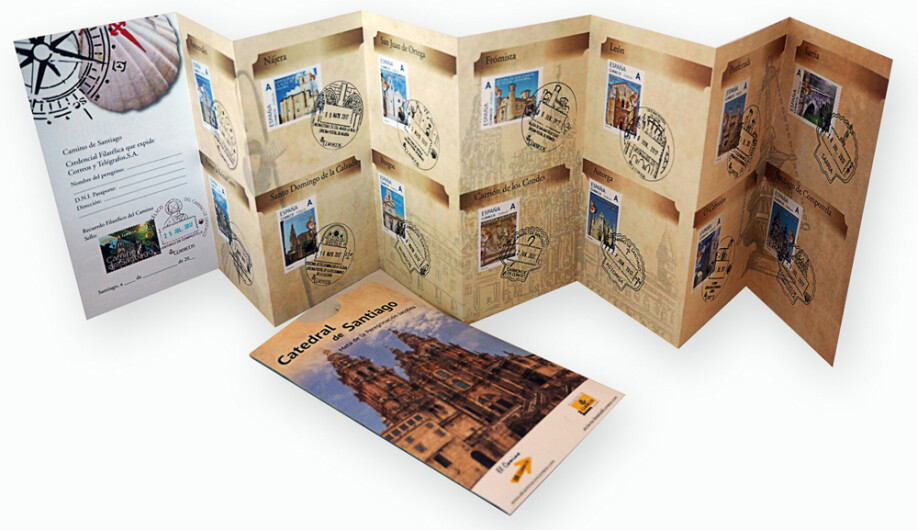 Using the Camino Francés as a point of departure, Correos proposes a particular Philatelic Camino with a total of 14 stages with 940 kilometres of this Jacobean Route.

The stamps that make up the Philatelic Credential show some of the great architectural landmarks of the Caminos: from the Romanesque bridge that crosses the river Arga at Puente la Reina to cathedrals including Santo Domingo de la Calzada.

Like any other pilgrim, the bearer of the Philatelic Credential will have to get stamps available in each locality at the local post offices. Additionally, you can place the postmarks on the front of the document, which has a blank space for this purpose.

This philatelic pilgrimage is a different way of documenting your Camino de Santiago. Therefore, when you arrive in Compostela, at the office on Rúa do Franco, 4, only two minutes from the Cathedral, you'll get a stamp with the special bicolour postmark with which Corroes certifies this very special Camino. Surely throughout your route you have sent countless postcards and letters with a stamp or postmark from the Camino. If you want to share them with us, remember that you can always do so through any of our social media: Facebook, Twitter or Instagram. Or, as always, via the comments of this post. Safe travels -- whether philatelic or not! 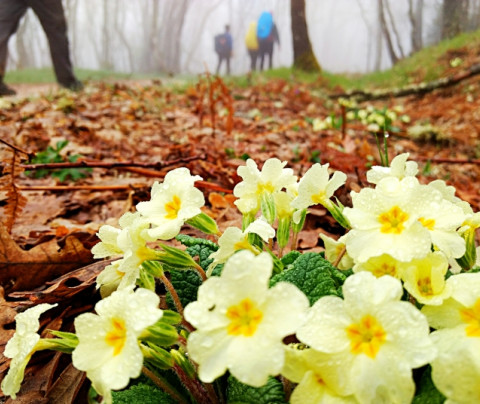 Take part in the Sustainable Camino: how to become an ecopilgrim