Finish the Camino de Santiago on the Day of the Apostle 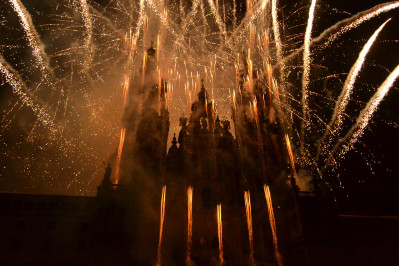 The Camino de Santiago is approaching one of its busiest days of the year. The last kilometres on the different Jacobean routes have a greater number of pilgrims at this time and, at best, we are unprepared for so much traffic.

Today we'll discuss the 25th of July in Santiago de Compostela. Deciding whether or not to go on the Camino on these dates is up to you.

Santiago has its patron festivities for more than two weeks that bring together popular tradition, religious solemnity, official acts, art, culture, attractions and other celebrations that make Santiago a 24-hour city during these dates. Celebrations are held until 25 July, the Day of the Apostle Santiago -- patron saint of Santiago de Compostela-- and the eve of 24 July, along with, of course, the night of 25 July.

The night of the 24th features a brilliant spectacle of fireworks in honour of the Apostle, which is typically accompanied by an audio-visual show projected on the facade of the Cathedral of Santiago. This year, as usual, it begins at 23:30.

The "fires" can be seen from different places in the city, the most popular: the Praza do Obradoiro. Entering the Obradoiro on the afternoon of the 24th is a complicated task that requires foresight and patience. The entrance to the Plaza is regulated and closed as soon as it reaches capacity, which is around 2,500 people, who are restricted entry if they're carrying large bags and backpacks for security reasons. Once inside, it's time to wait.

Those not entering the Obradoiro --or decide not to do so-- to watch the fireworks, have Alameda Park as the second most popular option. From the east side of the Alameda or the Carballeira de Santa Susana, you can see the Cathedral of Santiago and, above it, the colours of the pyrotechnic show.

The 25th, Day of the Apostle

The 25th is the day of Apostle Santiago and, in his honour, a solemn mass is held in the Cathedral, in which all present can appreciate of the Botafumeiro in action. The huge censer sways back and forth from the central dome of the Cathedral, where it hangs from a system of pulleys towards the side aisles. Eight men are needed to move it, the well-known "tiraboleiros." It weighs 53 kg and measures 1.50 meters; it's suspended at a height of 20 meters and can reach 68 km/h.

This mass is a special opportunity to see the Botafumeiro, but not the only one. For non-Jacobean routes -like in 2017- the Botafumeiro only comes out on certain day, like 25 July, the Day of the Apostle. The other days are 6 January: Epiphany, Resurrection Sunday (39 days after Easter), 23 May: Anniversary of the Battle of Clavijo, Pentecost (50 days after Easter), 15 August: Assumption, 1 November: All Saints, Feast of Christ the King (Sunday before the first Sunday of Advent), 8 December: Immaculate Conception, 25 December for Christmas and 30 December: Transfer of the Apostle Saint.Additionally, all pilgrims can request a performance at the Office of the Pilgrim. The price to see the so-called thurible is 450 Euros, which many groups of pilgrims decide not to pay, leaving Compostela without witnessing it.

This past July, the Office of the Pilgrim registered 45,471 pilgrims arriving to Santiago.

The Mass is preceded by the procession of the Patronage in honour of Apostle Santiago, starting at 10:00. Later, every year at 12:00, a demonstration commemorates Galicia's National Day. The final section is in the streets of the old town of Compostela, with the end point at the Praza da Quintana, attached to the Cathedral of Santiago. The city is full both day and night.

Another good option to experience the festivities, away from the crowds, is to go through the last stages of the Camino de Santiago on these dates in another part of Galician geography. Celebrations and the festive atmosphere extends throughout Galicia, commemorating the "Day of Galician Homeland.”

July is the busiest month of the year on the Camino. Summer holidays and the sunny weather-which is a hardy element that does not scare pilgrims as much as winter--and, of course, the Day of the Apostle.

This past July, the Office of the Pilgrim registered the arrival of 45,471 pilgrims to Santiago; the past Holy Year in 2010, there were 42,472 pilgrims who received the Compostela in the same month, which is great growth when compared to the 39,070 pilgrims in June 2016.

This June the figure has risen from 29,070 to 41,620 pilgrims, which is also expected to increase in July. At that time, more than 1,000 pilgrims are arriving each day in Santiago. If you add the tourists and locals who will be celebrating next week and on the day and eve of the Apostle, you'll get an idea of who you'll encounter in Santiago.

During this week, on our Facebook, Twitter and Instagram, we publish content dedicated to these celebrations and, if you are part of the Associations of the Friends of the Camino, or if you simply celebrate this date as a pilgrim, we encourage you to let us know how you spend these special days on the Camino de Santiago and we'll share your festivities. 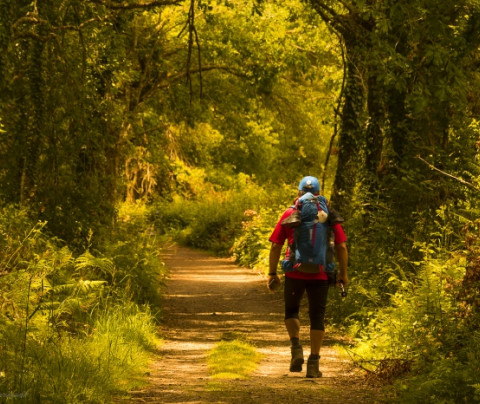 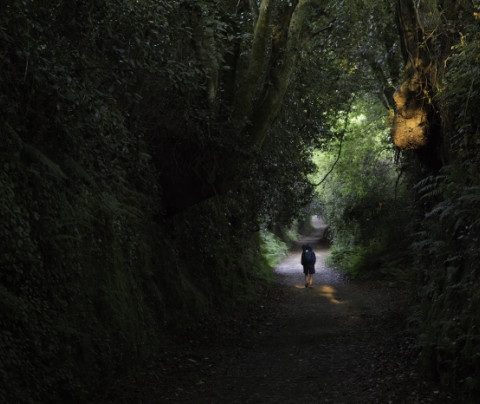