Hospitality in the Camino de Santiago 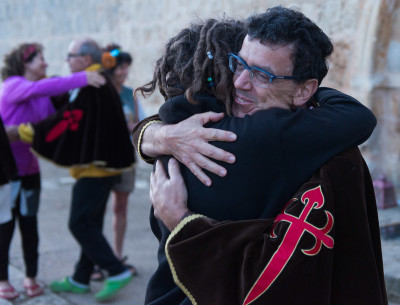 Why do thousands of people walk the Camino de Santiago year after year despite the inconvenience and severity of the route? There are many reasons, but the most important is that a pilgrim is never alone: hospitality was, is and will always be one of the pillars of the pilgrimage to Compostela. 'Hospitaleros' (hosts) have been taking care of and imparting this hospitality for many, many years. If you want to learn more about becoming an hospitalero, make sure to read carefully.

Hospitaleros on the Camino: who are they and what do they do? 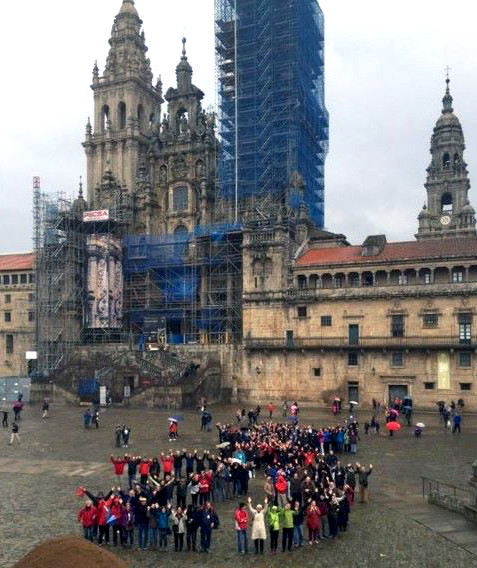 Hospitality has been considered a mark of civilisation since classical antiquity. In this sense, we can distinguish two periods of pilgrimage to Santiago de Compostela: the first, before the mid-eleventh century and the second during the second half of the eleventh century and the following two. In the first era a pilgrimage was for the wealthy, those who had protection and an entourage and, therefore, did not need to seek out shelter or food. However, during the second era the movement of people on the Camino increased along with the diversity, thus requiring institutions at the time to seriously consider travel protection. Kings, monks, bishops and nobles were tasked with this.

The Benedictine order began paying special attention to the pilgrims in inns and hospitals(hence the term 'hospitable') that were initially built between Jaca and Compostela, thereby fostering a pilgrimage boom during the twelfth century and part of the thirteenth. At the end of the thirteenth century and during the Middle Ages, assistance work in hospitals took on several forms: there were those who received a salary for this work, while others did it on a voluntary basis in exchange for food, permanent shelter and even burial on the hospital grounds after their death.

Many of those who decide to begin the Camino are going to experience sites, sounds and feelings for the very first time: hospitality means helping those on their journey in a constructive and effective way. Perhaps, those who have been accommodated decide to return the favour and become an hospitalero in one of the lodgings that once welcomed them as guests.

Time dedicated to hospitality is a unique way to pass your days, but is far from a relaxing vacation: there will be early mornings and responsibilities for many things (cleaning the lodging, procurement of materials, paperwork, hosting, reception and information, etc.). However, it will be your daily dealings with pilgrims, your ability to understand them, listen to them, give them advice and share your own experiences that will determine your mettle as an hospitalero.

How can I become an hospitalero?

The first condition, logically, is to have walked the Camino de Santiago at least once through any of its routes: it is difficult to understand why someone would want to be an hospitalero if he or she is unfamiliar with the Camino and the many needs arising. The other requirement is to have the material time to dedicate yourself to this type of work.

But, above all, you must have the necessary disposition to attend to the needs of the pilgrims who come to stay with you: answering all of their questions about the pilgrimage, hosting them, giving them useful information and, most importantly, possessing a great deal of understanding.

At the accommodation itself (networks of public and private accommodation) and through the different Associations of Friends of the Camino, you can find more detailed information if you are considering dedicating your time to this experience.

“Volunteer Hospitaleros” is a group formed by former pilgrims who decided to, altruistically and voluntarily, take care of pilgrims in the voluntary lodging of the Camino.

In this way, they experience everything from the other side, returning the favour they received while on pilgrimage. Recently, they have celebrated their 25th anniversary and via post we have helped them to edit a commemorative stamp.

Hospitality on the Camino: much more than just a place to stay

Pilgrim hospitality is as old as the Camino itself. In 'Liber Peregrinationis', a type of guide for the medieval pilgrim that forms part of the famous Calixtino Codex, it is written that "everyone should receive pilgrims, both rich and poor, who are returning or going to Santiago with charity and respect, for all who receive them and house them with care will not only have Santiago as a guest, but also the Lord himself”.

Concerning the origins of the Camino de Santiago, hosting work was closely linked to the traditional charitable and welfare work of certain religious orders that have been present on the route since its inception. In fact, towns such as San Juan de Ortega and Santo Domingo de la Calzada, in the Camino Francés, take their name from two religious men whose work with pilgrims earned them canonisation.

During the Middle Ages the first institutions dedicated to the reception of pilgrims were founded: hospitals. Perhaps the best known is the Reyes Católicos Hospital (now Hotel) in Compostela. Some even take their names from these care institutions, as is the case with Hospital de Orbigo(Leon) and Hospital da Condesa (Lugo).

If you are going to walk the Camino, when you arrive at your inn or hostel, you will almost certainly be attended by an hospitalero, someone who has decided to selflessly help you in any way they can. Remember that they are there to give back what they themselves received during their pilgrimage. Don't forget to say thanks! ¡Buen Camino!

Do you enjoy these postcards and wish to receive them via email? Subscribe!