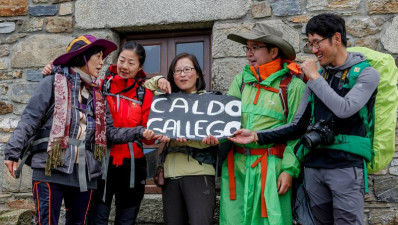 A decade ago, Koreans who were interested in the Camino de Santiago hardly exceeded a dozen. The more than 10,000 kilometers that separate Galicia from South Korea, as well as the different cultures and the ignorance of devotion to the Apostle Santiago, made it reasonable that it should be so. Today, the Camino de Santiago receives more than 4,000 Koreans every year, and during the winter months it is the country from which the greatest number of pilgrims come.

What has happened in these ten years? A phenomenon that has made the Camino de Santiago a very popular destination: that of travel books. Several publications on the Jacobean Route have caused furor in Korea. The most popular, undoubtedly, that of the writer Kim Nam Hee.

And for this reason, on Saturday, he will receive the V Aymeric Picaud Prize in Santo Domingo de la Calzada, awarded by the Journalists League of the Camino de Santiago and sponsored by Correos. Today we review the history of the Aymeric Picaud and how South Korea placed Santiago de Compostela on the map. 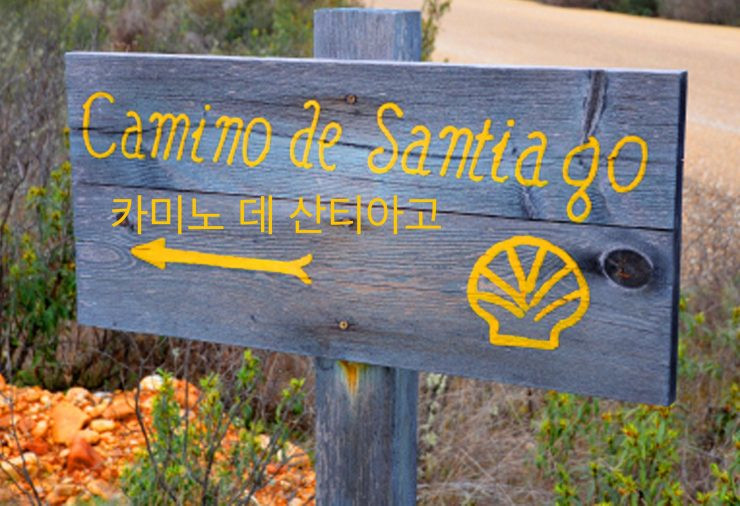 Tribute to the first chronicler of the Jacobean Route
The Camino de Santiago is full of proper names. The Apostle James himself, his disciples Theodore and Athanasius, Bishop Teodomiro, King Alfonso II ... Aymeric Picaud is one of them. Perhaps not the most famous but one of the key characters in the dissemination of the Jacobean Route.

Because Aymeric Picaud is the author of what we consider the first guide of the Camino de Santiago: the Liber Peregrinationis, included in Book V of the Codex Calixtinus, also known as Liber Sancti Iacobi. In it, Picaud describes the thirteen stages he traveled on foot during his pilgrimage to Santiago, including detailed information such as distances, monuments, temples, customs of the time, gastronomy and many anecdotes.

In homage to this first chronicler of the Jacobean Route, the League of Journalists of the Camino de Santiago - a collective that brings together about 2,000 journalists from the Associations of the Press of Aragón, Navarra, La Rioja, Burgos, Palencia, León, Lugo and Santiago de Compostela) - awards the Aymeric Picaud International Prize every year. An award that with the aim of promoting, disseminating and highlighting the Jacobean Route has the support of Correos.

Last Saturday, March 17, Santo Domingo de la Calzada was the scene of the presentation of the 5th Aymeric Picaud Prize, which in this edition has gone to the South Korean writer Kim Nam Hee (Seoul, 1971). The League of Journalists of the Camino de Santiago decided, in this way, to reward the work of dissemination of the Camino de Santiago that this writer has carried out in her country. Kim Nam Hee: "With this book I wanted to collect the history of the people I met in Spain and the nature of the pilgrim"

The book in which she tells his pilgrimage to Compostela, published in 2006 in the collection The Journey of a Single Woman, sold more than 50,000 copies, unleashing a real furor along the Camino de Santiago in South Korea. A furor that increased in 2013, when Korean television broadcast a reality show featuring five pilgrims headed by Kim Nam Hee. Currently, the newly awarded Aymeric Picaud is preparing another publication on the Northern Way and the Primitive Way. 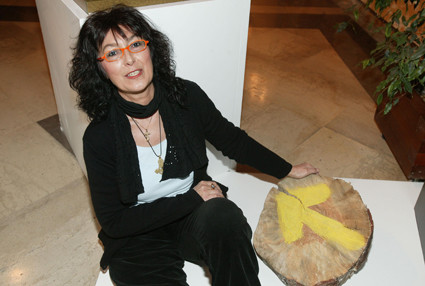 Kim Nam Hee is the second woman to receive the Aymeric Picaud after the Italian writer and journalist Carmen Pugliese, who received it in its first edition in 2014. With her distinction, the League of Journalists of the Way has wanted to recognize the more than 20 years that Pugliese have been dedicated to the cultural and journalistic dissemination of the route, as well as in its active defense. 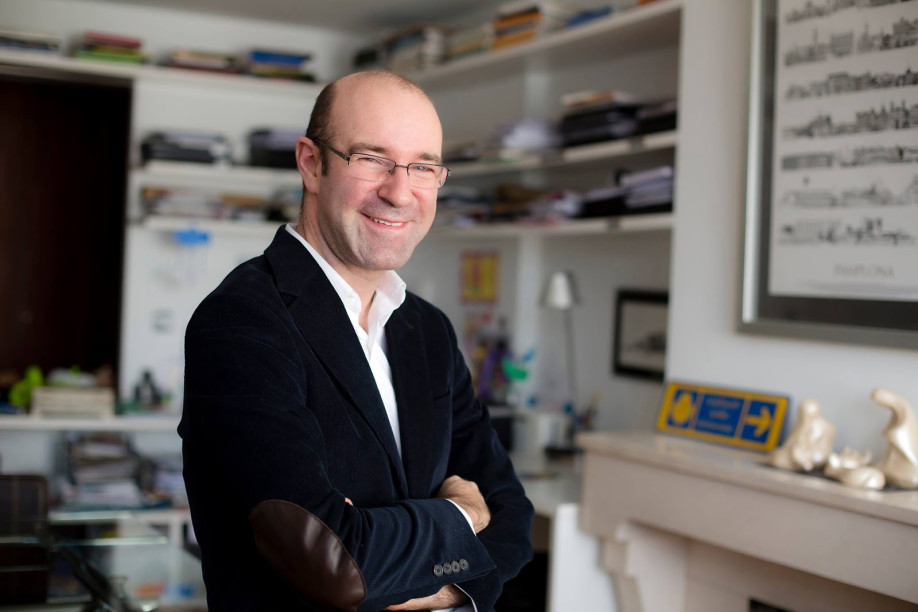 In 2015, the Aymeric Picaud Award went to the journalist and promoter of the Camino de Santiago, Carlos Mencos. Author of numerous publications and guides of the Jacobean Route, he nurtured the magic of the Camino since he was little, since his father was a member of the Association of Friends of the Camino de Santiago in Navarra. In 2000 he created Jacobeo.net which, in the absence of updated information on the Internet, became the reference portal on the Camino. 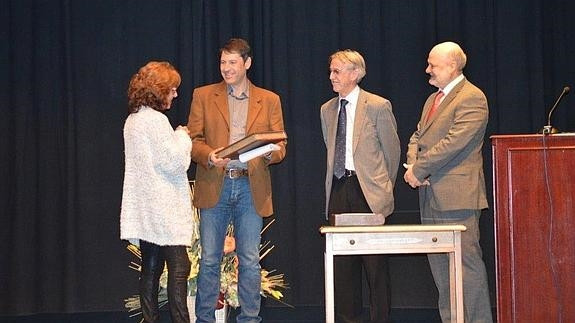 The specialist in Jacobean Routes Antón Pombo was the third awarded. Doctor in Contemporary History and expert pilgrim , since 1993 he is the coordinator of the Anaya publishing house for the Camino de Santiago Guide, one of the most complete and sold in the world of pilgrimage. 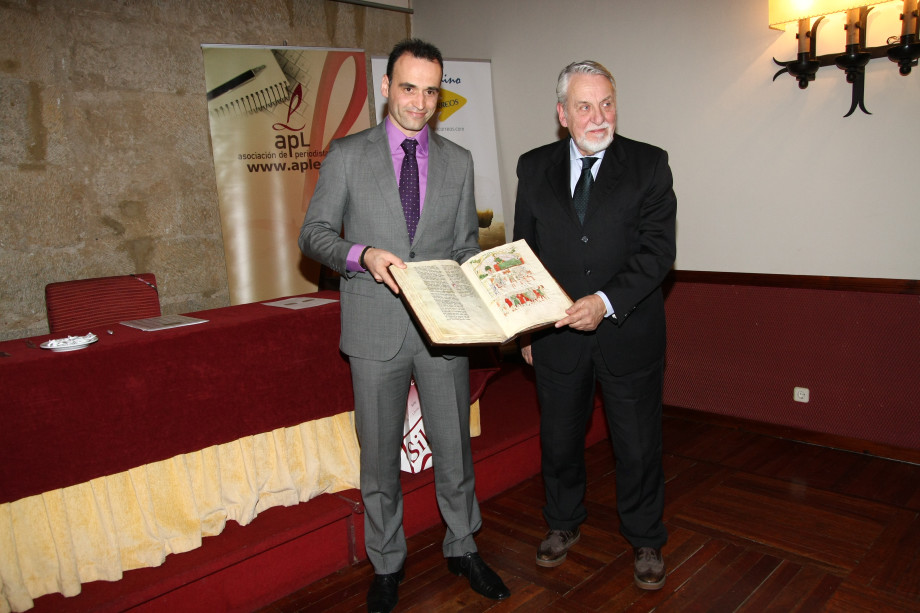 The last winner was the Italian professor, researcher, essayist and journalist Paolo Caucci. Since 1969, for the first time on the Jacobean Route, Caucci has not stopped investigating and publishing works on the Camino. A whole life dedicated to promoting the Jacobean values, the protection of the Way and the international diffusion of the pilgrimage phenomenon.