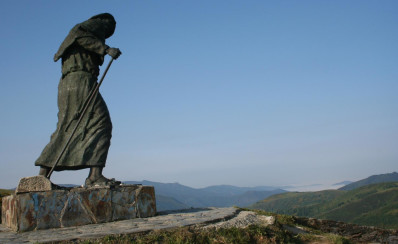 It is heiress of the effort and the work done by Elías Valiña. It was the first Association of Friends of the Saint James's Way in Galicia. And its work has just been recognized with the Camino de Santiago 2017 Awards, granted by Turismo de Galicia.

We speak of the Association of Friends of the Camino de Santiago of the Province of Lugo, which this year celebrates three decades dedicated to the promotion, value and research of the Xacobean Routes as it passes through this Galician province. A few days after receiving the award, from El Camino con Correos we talked with its president, Ángel Trabada, about the evolution of the Camino and the association itself, the achievements and challenges of the future. 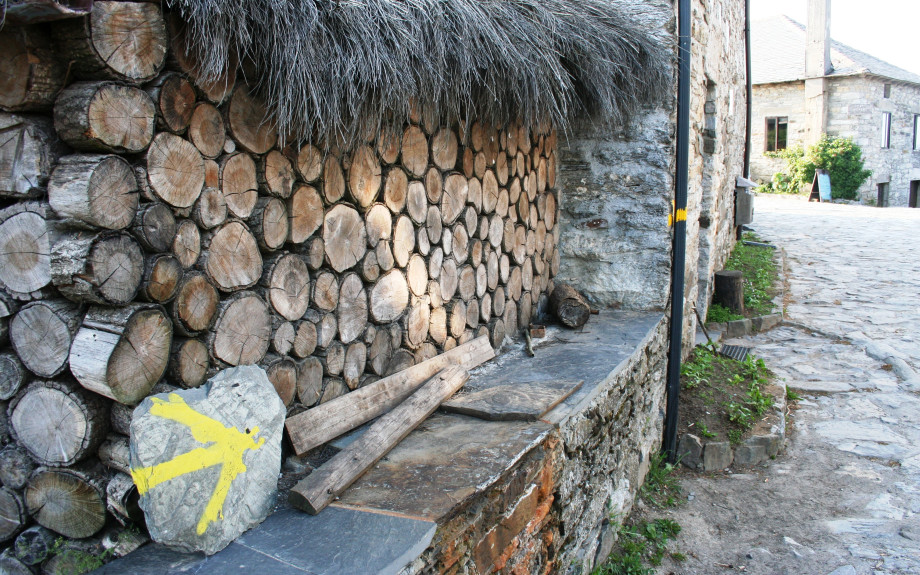 The province of Lugo was the first of Galicia to have an Association of Friends of the Saint James's Way. Its official constitution was in May of 1987 but its birth goes back many years before.

Specifically to 1959, when the parish priest Elías Valiña arrives to the parish of O Cebreiro and promotes the restoration of the legendary Hospital and Sanctuary of Santa Maria do Cebreiro and renews the traditional welcome to the pilgrims.

Then the road signs would start with the already mythical yellow arrows, the publication of the first "guide" of the Route and its travels in Spain, spreading it and encouraging the establishment of Associations of Friends. From all this work the Association of Friends of the Saint James's Way of Lugo was born, of which in its first stage it would be vice-president.

In this year, the year of the thirty-year anniversary of its born, the Association of Lugo has been awarded wth the Camino de Santiago Prize 2017, awarded by Turismo de Galicia in recognition of the work carried out in the xacobean field by public institutions, associations, companies, universities, colleges and researchers.

"It is the recognition of the work of 30 years of an association that was a pioneer in Galicia and has not ceased in its commitment to preserve, publicize and streamline the Camino." This is what Ángel Trabada believes, the current president of the Association, which has been linked since its inception. Trabada acknowledges that many things have changed in these years but believes that the goals that the priest of Cebreiro had been marked so many decades ago have been more than fulfilled: "Elías Valiña would be proud to see what the Camino has become," he says.

In these thirty years the association has worked intensively to recover missing sections, to promote scientific studies around the Way and to make known its existence. "Today we can say that the Way is more alive and consolidated than ever," says Ángel Trabada.

The good health enjoyed by the Lugo Association is a good example. With more than 2,000 members, its director tells us that more and more young people are joining this "true society of friends". In addition, from February to December, the Association has a very intense calendar of activities, which includes the celebration of courses, cultural trips, walks through different sections of the Roads that pass through the province of Lugo and to the existence of a choir dedicated to the Santiago's road.

After all these years of tireless work, we ask Ángel Trabada what he feels most proud of. And he doesn't hesitate for a moment: "The fact that the Association is very active." A really important achievement to which we must add the official recognition of the Roads of Lugo.

"It is a pleasure to see how the Primitive Way and the North Way, which pass through our province, have been recognized not only as Official Roads, but also as Patrimony of Humanity Paths. To this must also be added the inclusion of the Winter Road as an official route, "he says. "No one expected that this situation would be reached and it is a pride to have contributed to that," adds Trabada. 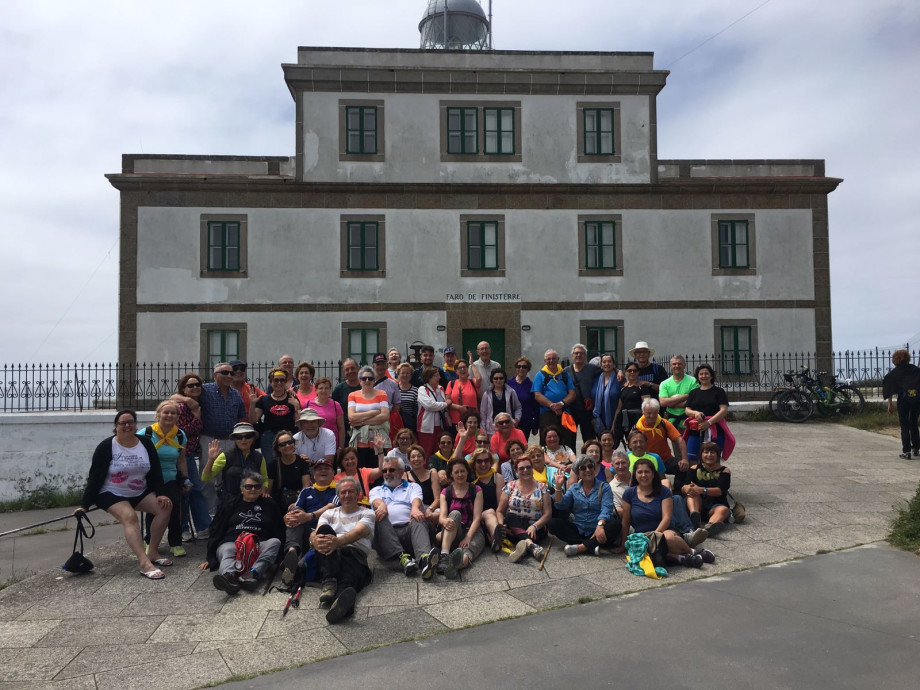 With the eyes on the future, the challenges presented to the Lugo association are very different from those carried out so far. "We want to be here thirty more years," smiles Trabada, who, in addition to keeping alive the spirit of associationism, focuses its efforts on a major objective: to improve road safety in the Xacobean Routes.

In fact, for two years, the Association has been immersed in an intense campaign to eliminate blackheads in certain dangerous crossings that is already starting to work. And, of course, continue to maintain the principles defended by Elías Valiña. "The Way has a lot of future. And in spite of the massification and, in some cases of the commodification, keeps alive his spirit. And that is something we must care for among all", he concludes.

Thus, Turismo de Galicia will also distinguish the Spanish Friends of the Camino de Santiago Federation, which for more than 25 years has been promoting meetings and congresses and coordinating a permanent volunteer hospital program.

In the category of administrations, the Camino 2017 Award went to the Concello de Melide (A Coruña), for its work of embellishment and enhancement of the Camino de Santiago as it passes through its municipality, signaling natural and heritage resources and cleaning the sections of this route.

In the business category, the distinction is for Pilgrim Ideas of Tui, where it has a shelter for pilgrims, and RedEmprendia for the initiative Spin Way involving students from different countries.

Finally, there is a fourth category to reward academic, research or educational activities. In this case, they were awarded the Chair of the Camino de Santiago of the University of Torun (Poland) and the A Merced College de Sarria (Lugo).

With these awards, the Xunta seeks to advance in the improvement of the Camino de Santiago, especially in its itineraries, environmental, landscape and architectural environments, and its general protection and value. The relevance of these awards will also help to increase the sensitivity of the citizenry around the xacobean values, to stimulate the knowledge of its patrimony and to foment the collaboration of the society in coordination with the public administrations.