Buen Camino! Ultreia! People gathered around to comment on their experience on the Camino de Santiago. In the background you could hear the sound of a bagpipe. A group of spontaneous began to dance the Muiñeira de Chantada.

It could be the daily routine of pilgrims in the Plaza del Obradoiro in Santiago de Compostela. But we are in Black Mountain (North Carolina), 3.850 miles away, on one of the journeys of the 22nd annual gathering of the American Pilgrims, the largest community of pilgrims in the United States.

El Camino con Correos participated for the first time in this gathering held between March 28th and 31st and where we got to learn a little more about the Ignatian Way, we discovered the best recipes from the Camino and brought some useful tips for those who plan on walking the Jacobean Route for the first time. We also got to experience one of the most exciting moments of the four days: the shell ceremony.

There they honored those pilgrims departing on their first Camino de Santiago. We took there, in hand with Xacobeo, the exhibition The Way to Santiago. A contemporary experience of pilgrimage, with which Manuel Valcárcel through his photographs and an audiovisual work seeks to transmit the spirit and magic of the Camino de Santiago throughout the world. 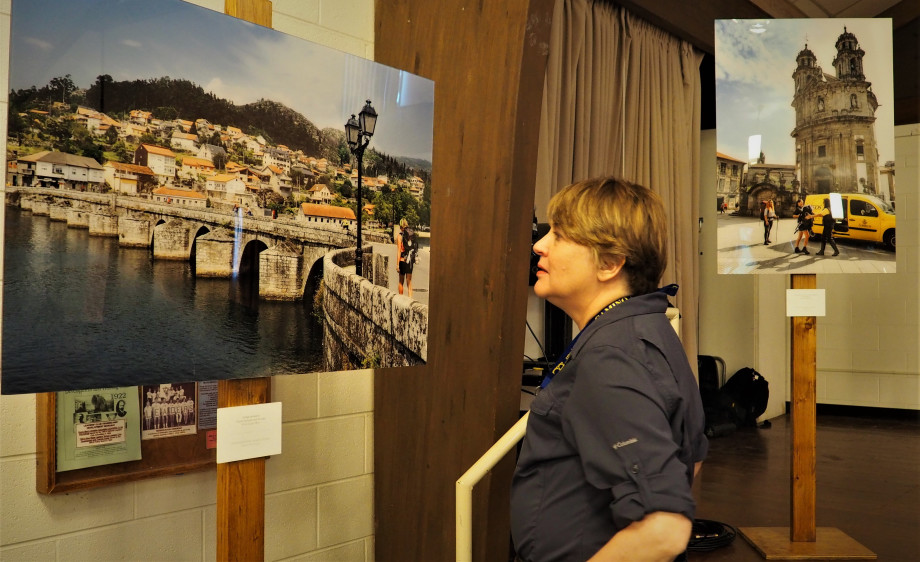 Three hundred American pilgrims participated in this year’s conference, setting a new record of attendance. To them we explained and clarified any questions they had about some of the services that Correos provides on the Camino, such as the Paq Mochila, the Paq Peregrino, the Paq Bicicleta or the Correos Prepaid Card.

With them we shared encounters, meals, lectures and, above all, their vision of the Camino de Santiago and their experiences along its different Jacobean Routes. Today we share ten stories that exemplify the love of American pilgrims for the Camino 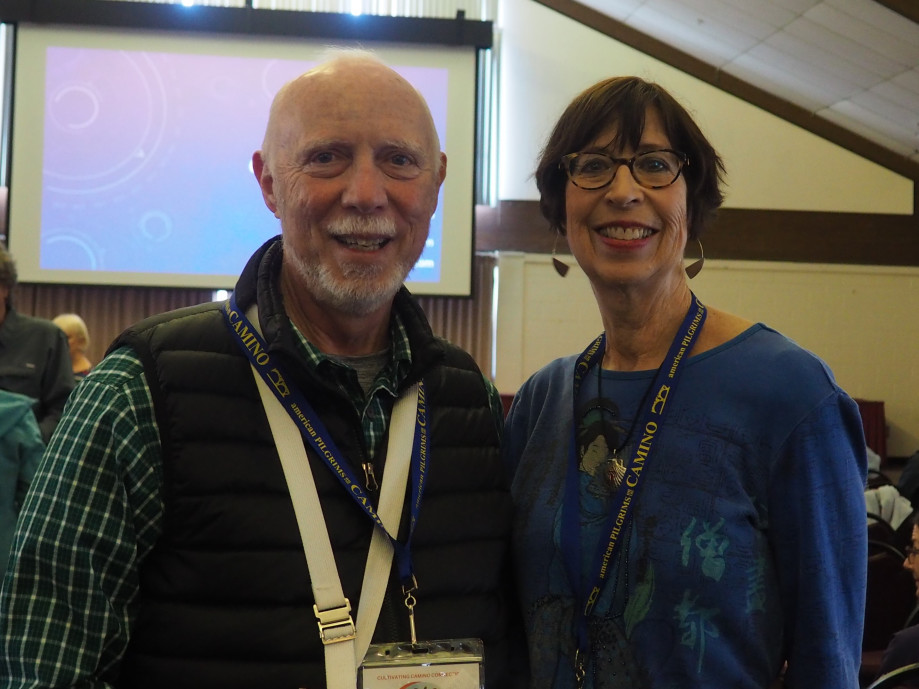 Richard and Barbra. "The Camino de Santiago is a wonderful experience." This is how this New York couple sums up their experience on the Jacobean Route. They opted for the Northern Way (Camino del Norte) and they completed it: from Irún to Santiago. Their experience on the Route is defined very graphically Richard: "It was going up, going up, going up, going down. And go back up, up, up" he explains while laughing. But the hardness of the Camino was overly compensated with the beauty of its stages and the kindness of its inhabitants. "We fell in love with the country and, above all, the hospitality of its people" Barbra concludes. 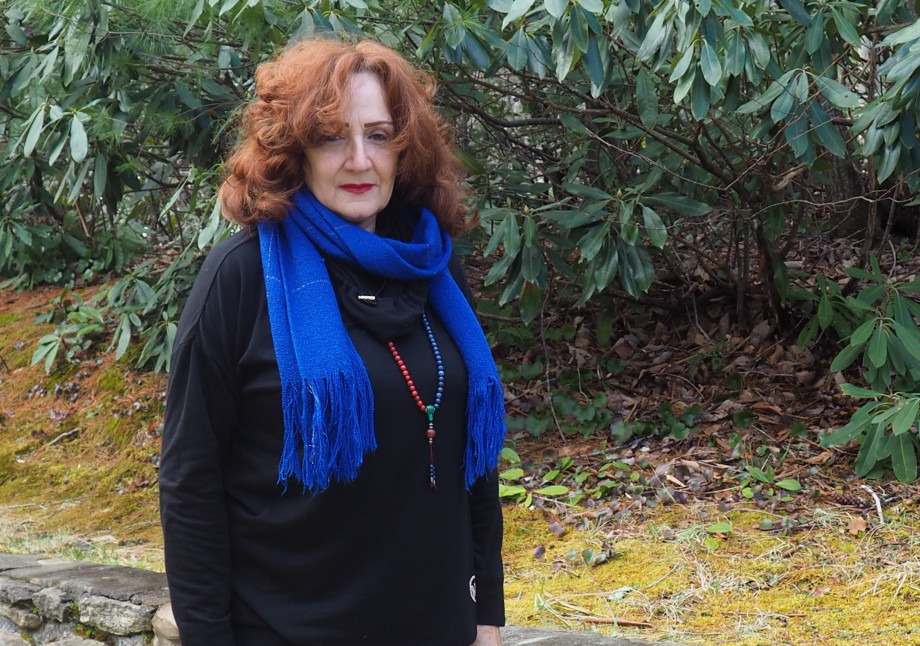 Miriam. This Cuban woman living in Miami is a veteran of the Camino de Santiago. The French way helped her to get started on the Route, which extended to Finisterre. After this first experience in 2015, the following year she decided to try the Portuguese Way and in 2017 it was the Northern Way. The latter was, without a doubt, the hardest. In fact, she had to make use of the Correos backpack transport service to be able to successfully complete the Way. Although the satisfaction was complete on the three routes, Miriam says that the French Way is very special: "It’s an open-air museum. Even if you don’t do the Camino for religious reasons, the French Route is a constant example of history, art and architecture ". This August, Miriam will return to the Camino as hospitalera, trying to give back to the Camino what the Camino gave her. 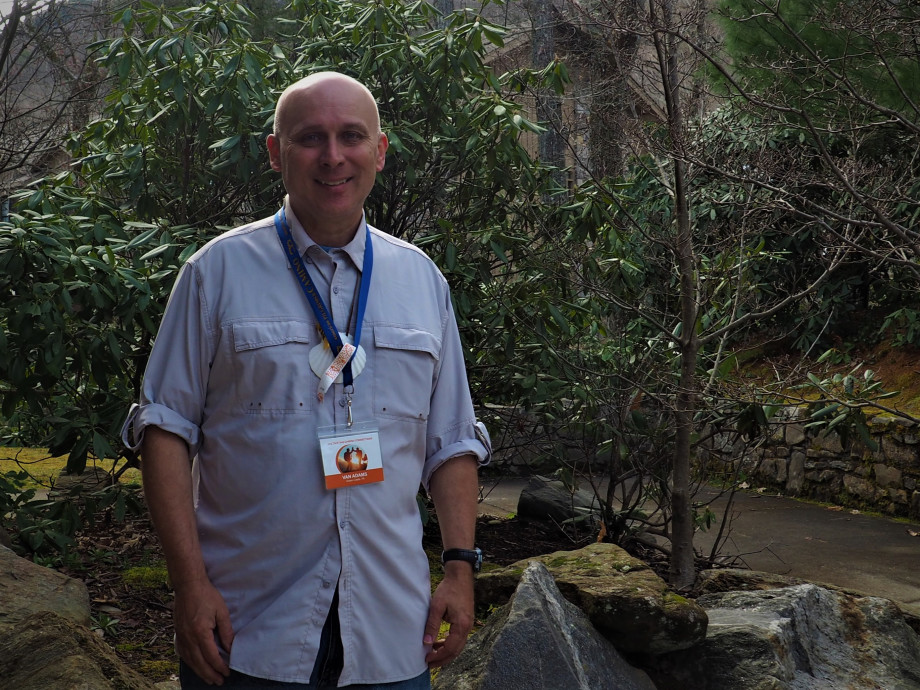 Van. For this future pilgrim from Pennsylvania, this was his first meeting of the American Pilgrims. Van is one of the new members that’ll walk the Jacobean Routes this year. After receiving his scallop shell in the emotional ceremony held at the Washburn Auditorium of the YMCA Blue Right Assembly of Black Mountain, Van gives us a different view of the Camino de Santiago. It’s not about what he experienced, but about what he expects to live: "The Camino is a challenge for me. I know it will be very hard physically but I think it will be an emotionally intense experience that will leave a mark on me". In September he’ll travel to Saint Jean Pied de Port to start the French Way to Santiago, a Route that he intends to do in 40 days. 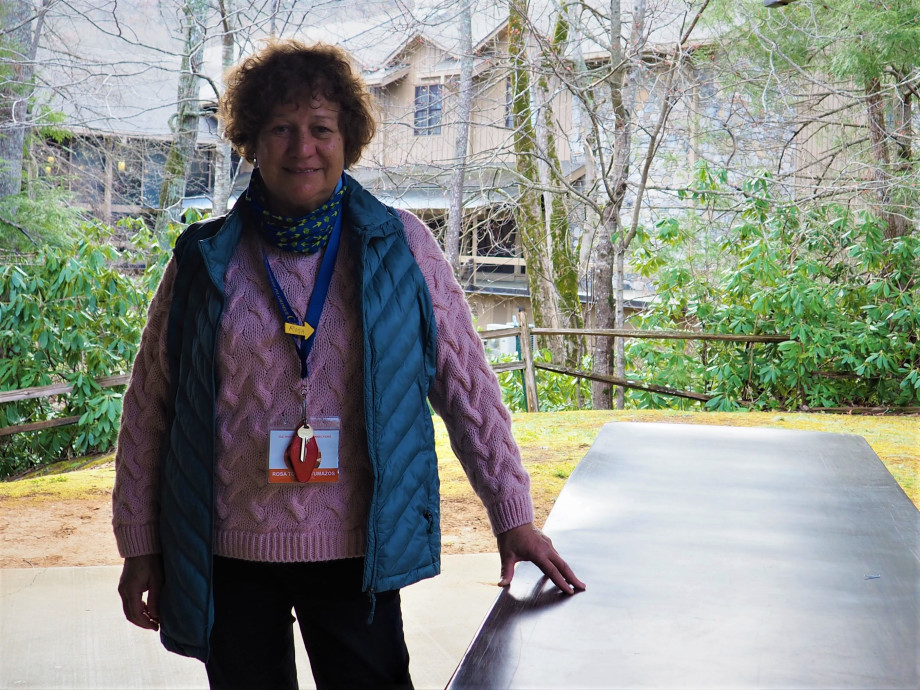 Rosa. "The Camino de Santiago is my life". Born in the Dominican Republic, Rosa spends part of her year in Florida and a good part on the Camino. She did it for the first time five years ago and, since then, she has not stopped: she has already completed twelve Routes, between Spain and Italy. She has also served as a volunteer at the Pilgrim's Office. "When I go to the Camino, I return to my house" she says. Because for Rosa, the pilgrim life, the freedom it gives, the possibility of meeting people from all over the world is what captures her on the Jacobean Route. "The Way has given me wisdom" she concludes. 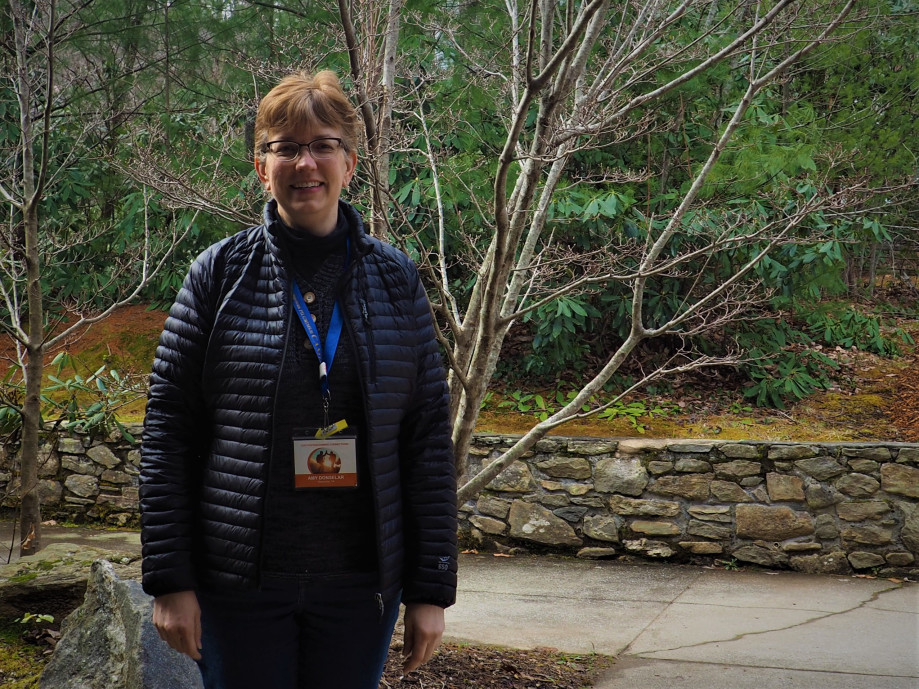 Amy. This pilgrim from Washington is also a recurring pilgrim on the Camino. As for most American pilgrims, her first time was on the French Way, which she walked with her husband and son. The second time, she finished where she started: Saint Jean Pied de Port, making her entire route through France. She already has her third Camino in mind. This September she’ll return to the Camino, this time to conquer the Portuguese Way. Although both times were highly satisfactory, Amy fondly remembers her Camino from France. "It was very special. The arrival to the Obradoiro coincided with my son’s birthday, who was turning 24 that day” she days. In fact, Amy believes that the experience was not only positive for her, but that it also influenced her family very strongly. "The days on the Camino made my son mature in an incredible way" she assures us. 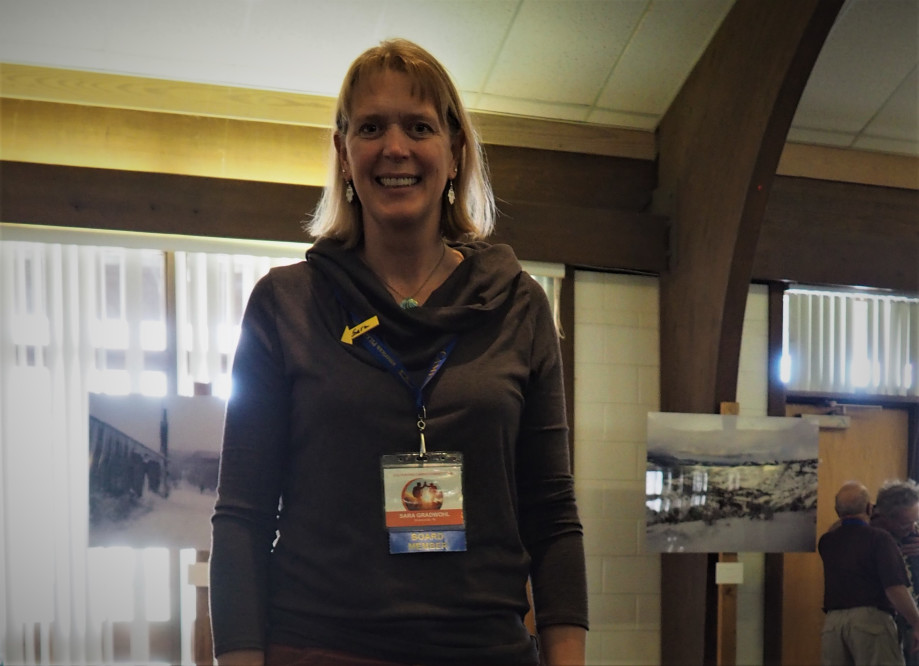 Sara. Although she’s only been a board member since November, Sara was responsible for making the 22nd annual gathering of American Pilgrims a success. The Camino de Santiago came to her in a very casual way: "It was not through the movie The Way" she laughs, referring to Martin Sheen's film, one of the factors that greatly contributed to popularizing the Route in the USA. In her case, she discovered the Way through a reference in a book. And from there she started to investigate until 2006, when she traveled to Spain and walked the French Way. This Indianapolis pilgrim was hooked from day one and has already three Caminos on her back. 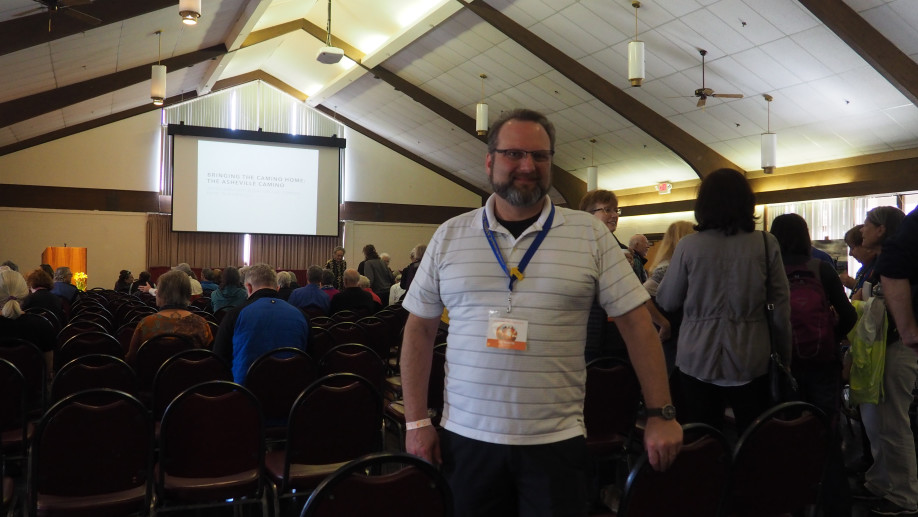 Jim. The French Way was litmus test. And he passed it. For this pilgrim from Georgia, the Camino gives much more than you can imagine. In his case he traveled the French Way with his daughter, which made it twice as special. Now he thinks about going back, although he doesn’t know when. 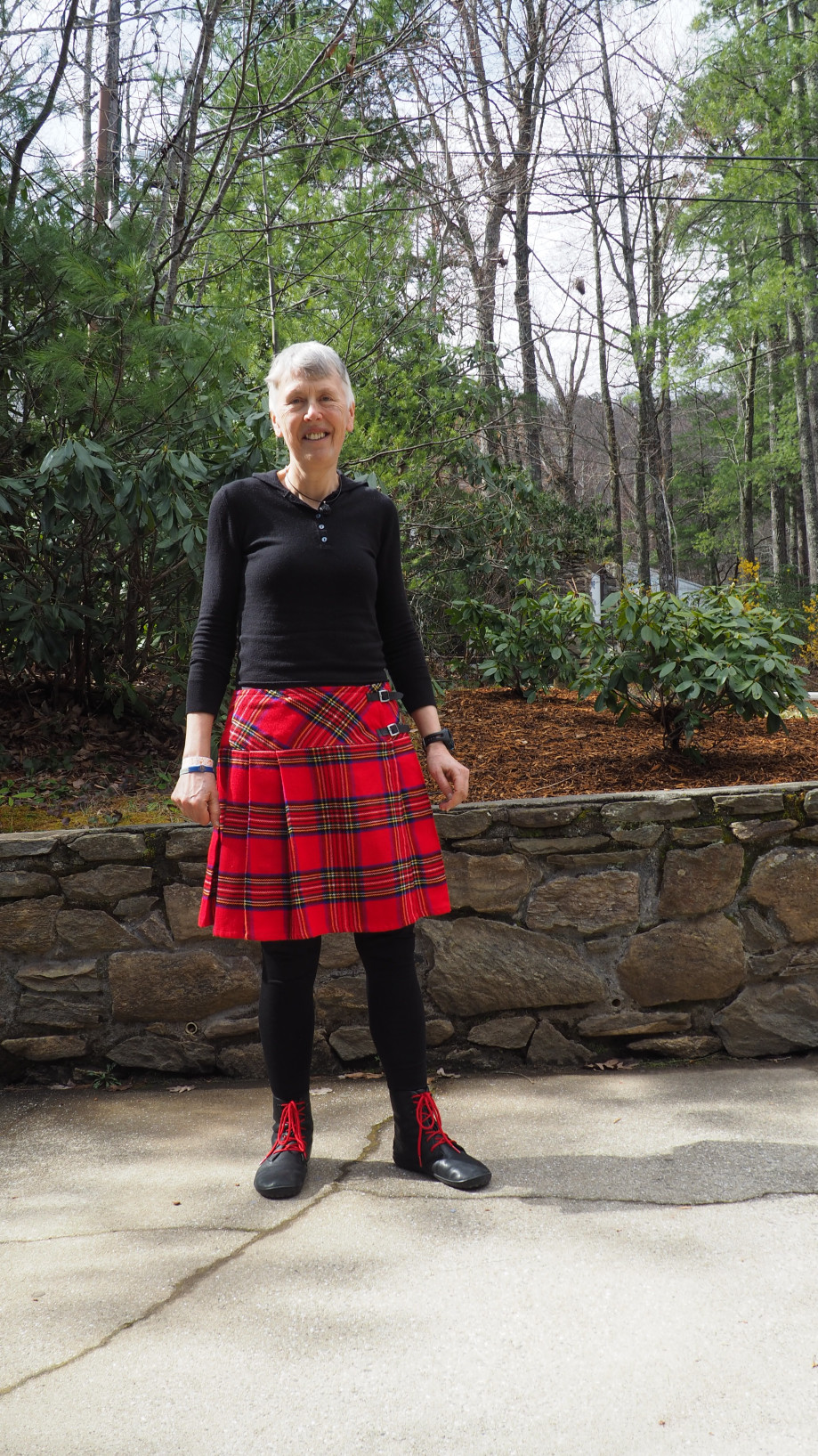 Elaine. In 2014, Elaine set herself the challenge of walking the Camino de Santiago. And since then she has traveled over 5,000 kilometers. Hers is not a regular pilgrimage. It’s the personification of the desire to excel and a real connection with the Way. Elaine suffers from a disease that prevents her from having any sense of direction, which is why hers was a greater challenge. A full auditorium stood to their feet and celebrated her achievement, which she narrates in several books and her website. Elaine is one of the hundreds of people who wants to return to the Camino what the Camino gave her, so she has returned to the Route twice as a hospitalera. 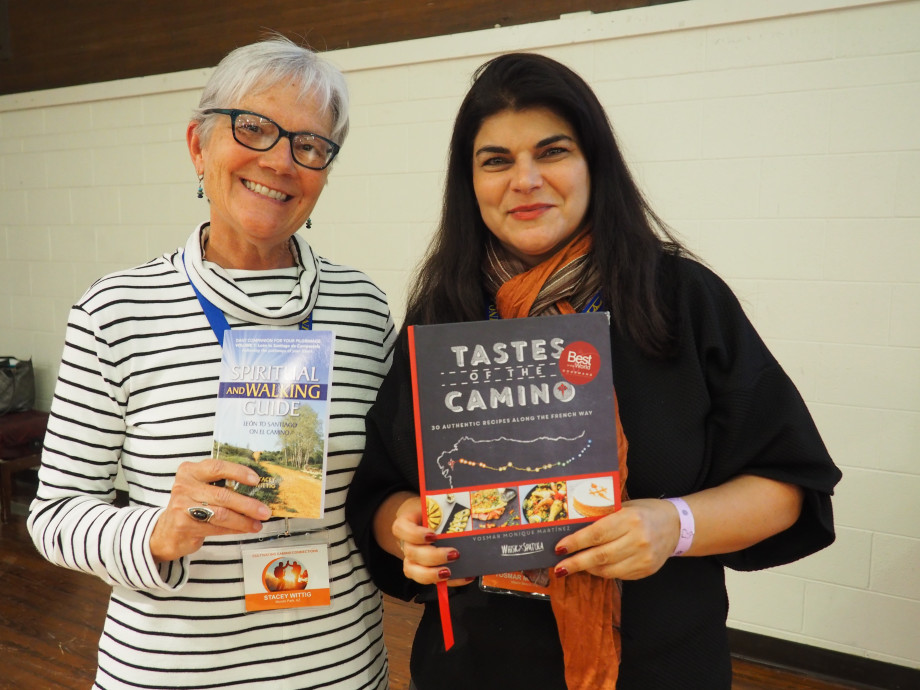 Yosmar. Board member of the American Pilgrims, Yosmar was for us the perfect host and, undoubtedly, one of the main responsibles for the success of the Black Mountain gathering. Yosmar walked the Camino four times, and she will return a fifth time next month in the company of her mother. In 2015, Yosmar also walked the Kumano Kodo Way, an ancient pilgrimage route in Japan that is twinned with the Camino de Santiago. Yosmar is, therefore, a dual pilgrim and lover of the Way. So much so that she decided to found a new chapter of the American Pilgrims in South Florida. Her experience on the Camino has led her to recently publish the book Tastes of the Camino, a book in which she collects recipes that she’s been compiling along her different Routes.

Stacy. In 2005, Stacy decided to start her Camino. Today she has already completed eight pilgrimages. The last one: last year, starting from Bordeaux. Stacy has reflected all of her experiences in several self-published books, including several spiritual guides and a guide to the Primitive Way, conducted together with Johnnie Walker, published by the Friends of the Camino Association of London: The Confraternity of Saint James.

We could go on about the stories they each lived on the Camino de Santiago: Sharenda, Jane, Mark, Daniel, Peggy, Deborah, Cheryl, Roni… and so on up to the 300 pilgrims with whom we were lucky to share those days in Black Mountain thanks to American Pilgrims. Buen Camino, friends!