The scallop, from tasty delicacy to pilgrim's symbol 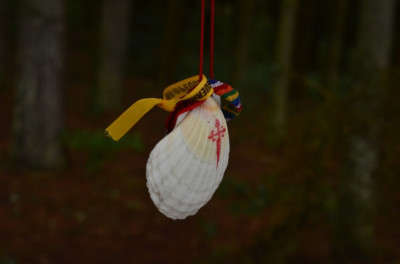 The scallop is one of the finest and most appreciated seafoods in Galician gastronomy, a must-have for any dining table and, for a thousand years, a symbol of the pilgrim. But, how did this mollusc become an emblem of the Camino de Santiago?

Today at the Camino con Correos, we find out with journalist Carina Regueiro and her book Estrelas da despensa galega, which has just been published by Galaxia, which reveals great myths and legends associated with some of the best products of Galicia's gastronomy. 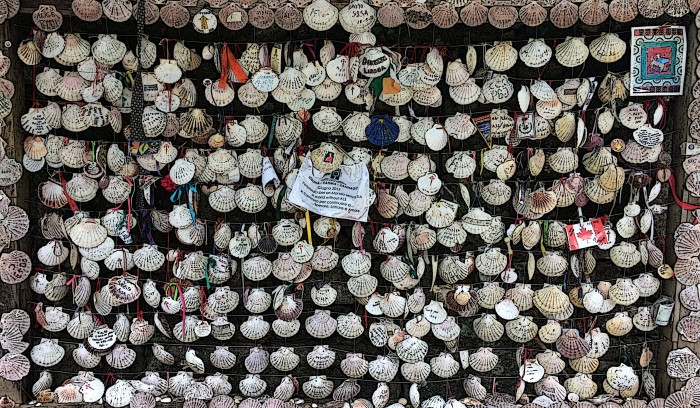 The scallop is very present in the collective imagination of Galicia. There are pilgrim scallops present in dozens of churches, gold scallops that are worn and used as decoration, scallops as safeners for travellers, modern logos that mark the route to the tomb of Santiago, old walls upholstered with scallops and even scallop sounds in popular music.

The scallop is also a symbol of generosity, a virtue that, from the moment one reaches the end of the Camino, it will accompany the pilgrim for the rest of his or her days. The scallop thus became a symbol of the Jacobean route, a fact that became popular after the rise of pilgrimages in the eleventh and twelfth centuries. But the origin of this emblem is unclear.

Some search for logical reasons, others talk of divine interventions. The most accepted is that the shell was used as a perfect natural vessel. Pilgrims who arrived in Santiago picked them up to drink in the springs and rivers on their way back.  There are other more symbolic theories that see the scallop as a stylization of the leg of a goose, a symbol in many ancient tradition of initiation recognition. And others even point to the scallop as a symbol of Venus, representing the rebirth of a person, his or her resurrection and, therefore, the overcoming of death and the ego (selfishness and egocentrism) to make way for the authentic self (simplicity and humility). 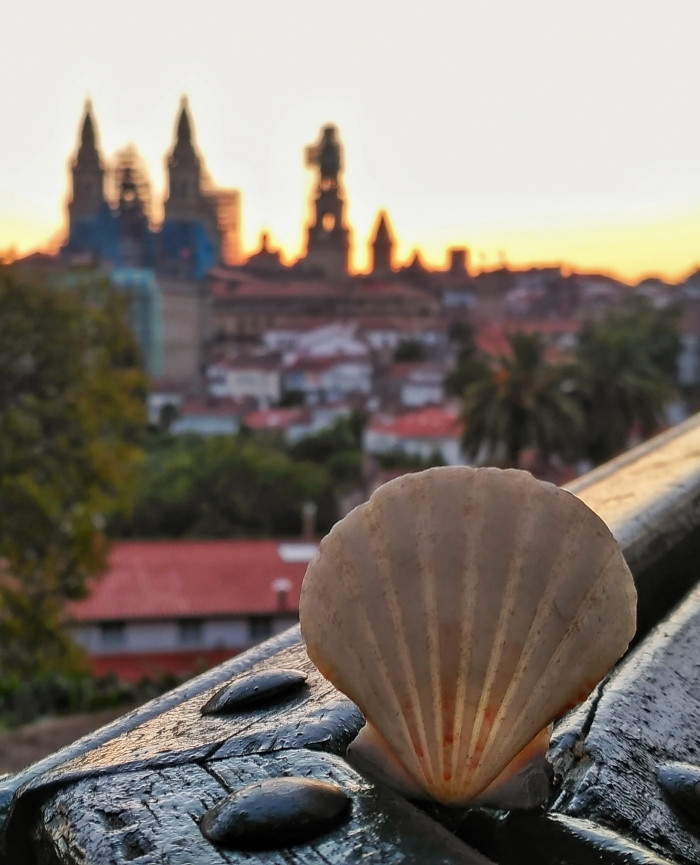 The Miracle of the Knight of the Shells

Of course, there are also legends linked to the miracles of the Apostle. And this is when we come to Estrelas da despensa galega, a book with which journalist Carina Reguiero seeks to deepen the Galician identity through food. Of all the possible explanations, Carina Reguiero is left with the most fantastic and evocative, as befits a symbol: the miracle of the Knight of the Shells.

According to medieval legend, when the boat with the remains of the Apostle Santiago entered Galicia, a wedding was being celebrated in Bouzas, in the middle of the Vigo estuary. After the ceremony, the groom, Lobsesio Rivano, met some of his guests on the beach to play throwing spears on horseback. A strong wind diverted his spear towards the sea and the groom went after it -- and disappeared. With everyone present declaring the groom dead, a luminous boat approached and, at that moment, man and horse emerged safe and sound...covered in scallops. Since then, the image of Santiago was united forever to that of the scallop shell.

As Carina Reguiero recounts in Estrelas de despesa galega, the Jacobean symbol became so important in France that the coquille de Saint-Jacques went on to represent all pilgrimages, from Compostela to Tierra Santa or Mount Saint-Michel. In Spanish, English or Dutch, the Apostle also evoked the name of the mollusc: shell of Santiago, pelgrim scallop, St. Jacobschelp. In Catalan, the scallop is pextina de Pelegrí de l´Atlàntic, and in the rest of the Peninsula and in Spanish-speaking countries such as Argentina, Colombia and Venezuela, it is also known as the Galician scallop. 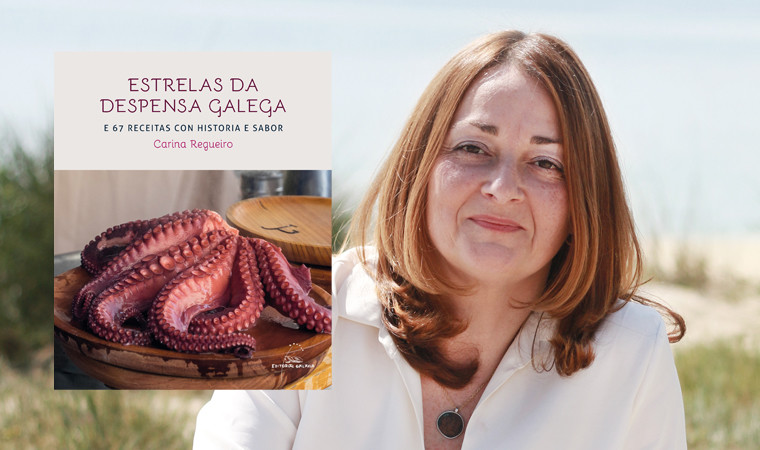 Culinary values of the scallop

Our curiosity satisfied with the origins of the symbol, we took the opportunity to chat with Carina about the culinary values of the mollusc. "The scallop is one of the finest and most appreciated seafood of our cuisine, with a sweet aroma, smooth and silky, and very versatile in the kitchen," she explains.

As stated in her book, the only needs to be cooked for a short time and ingredients do not rob it of its taste. Baked in the traditional style, they are the star of the party. They are delicious with rice or pasta, and for many, there is nothing better than a scallop pasty. Fried, stuffed, grilled or served with cream of vegetables, the ways of cooking scallops are many. But they can also be prepared raw in a carpaccio, for example, or marinated. "Sitting at the table with scallops turns the beginner diner into a devotee of Galician gastronomy and food," she concludes.

The legend of the scallop is not the only reference to the Camino de Santiago that is in Estrelas da panza galega. For example, the history of the cod is linked to an Italian who made a pilgrimage from Fisterra to Santiago after a shipwreck. So, here is our recommendation. And for kitchen aficionados, the book includes 67 recipes full of history and flavour, with products closely linked to Galicia and the Camino.