Cathedrals of the Camino Francés 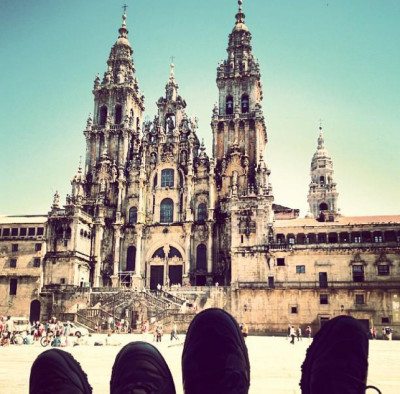 Cathedrals are temples where the bishop is seated. The word comes from the Latin cathedra, which means chair. Traditionally, the bishop officiated from his chair, and wherever this was, was where his Cathedral was located. Something so simple has given its name to the most spectacular monuments that you'll find along the Way to Santiago de Compostela.

The French Way has a significant number of them, perhaps because it is historically the busiest route (though not the oldest!). Here is an overview of the Cathedrals that you'll find between Roncesvalles and Compostela. 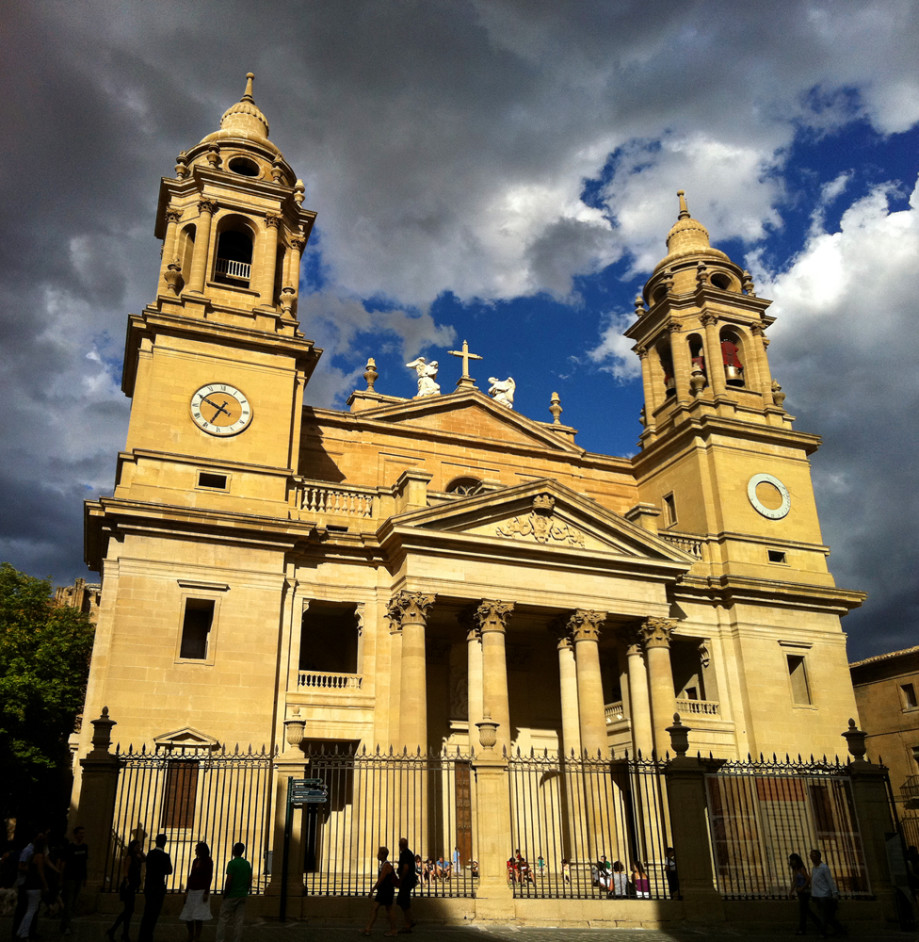 Consecration: 1127
Style: Of Romanesque origin, rebuilt in the Gothic style. The main façade of the temple, the work of Ventura Rodríguez, is Neoclassical.
Official Website

In Pamplona, the first major population centre of the French Way, we find the Cathedral of Santa María la Real. The first Romanesque cathedral, from the twelfth century, almost completely collapsed in 1390, leaving only the façade and chevet standing. Since it was the place where the most important ceremonies were performed, it was quickly rebuilt. The architectural style then was Gothic, which, in Pamplona, simply because of geographical proximity, was highly influenced by the French style. With funding from both the Church and the Crown, the new building was rebuilt in this aesthetic. An interesting fact: it is the largest cathedral complex in Spain, since the temple also preserves other building that were used during this period, like the Cabildo, for a community life that required more varied spaces.

Consecration: declared a Collegiate Church in 1453 and Co-Cathedral in 1959. Originally, it was a Romanesque church.
Style: Gothic and Baroque
Official Website

Its official name is Co-Cathedral of Santa María de la Redonda, for its circular floor. The building that we see today was built between the sixteenth and seventeenth centuries. Outside, it is purely Baroque, with towers dubbed "The Twins", one of the symbols of Logroño, and the stone altarpiece of this same façade. Inside, you can visit the tomb of General Espartero and admire a painting of the Crucifixion attributed to Michelangelo. 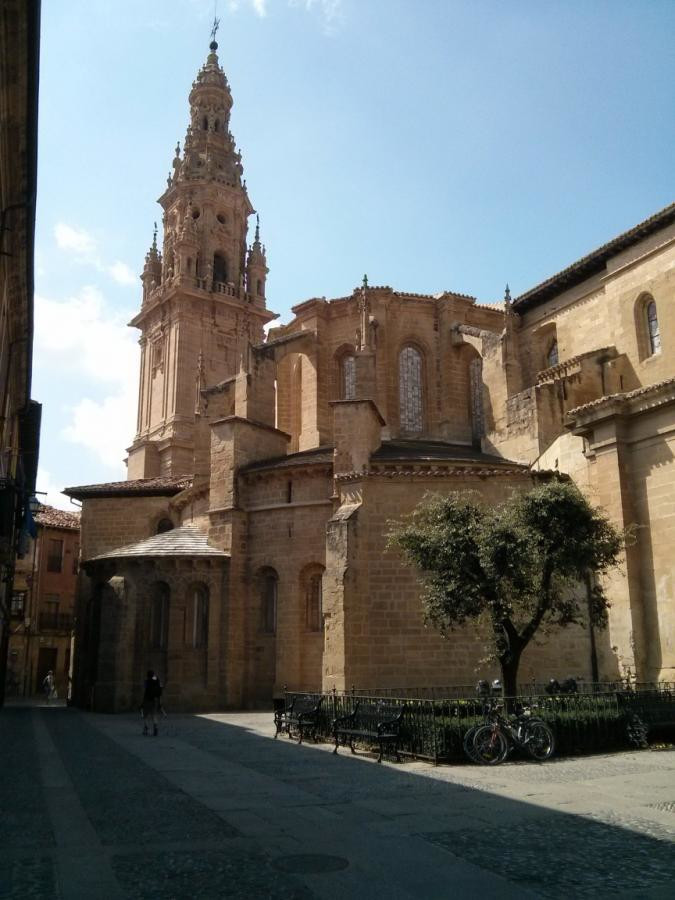 The history of this Cathedral is inseparable from that of Domingo García (Santo Domingo), who, shortly before his death, was able to witness the completion of the temple and could, in turn choose the place of his burial. From the original Romanesque work there remain some corbels that can be seen by walking around the outside; it also came to have three different towers that fell in subsequent years, with only the Baroque style tower currently remaining.

The temple is best known for being the place where the famous miracle occurred in which a rooster crowed after being roasted. That miracle is remembered with the permanent presence of a white rooster and white hen. 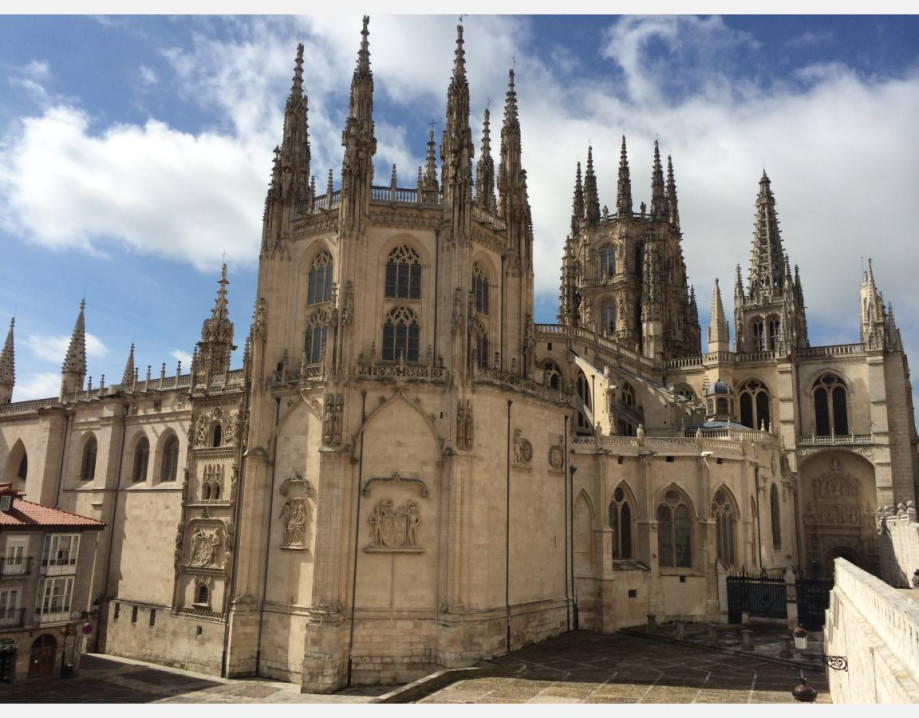 The Cathedral of Burgos (Santa María de Burgos) is, along with the Cathedral of León, the largest Gothic construction on the French Way, and in Spain. Declared a World Heritage Site in 1984, the famous needles on the tops of the towers are very recognisable, a type of decoration that is typical of the German late Gothic style. Entry for pilgrims costs €3.50 and inside you can visit the tombs of El Cid and his wife Doña Jimena.

Is there any doubt that the Cathedral of León is one of the most beautiful cathedrals in Spain? Its popular name is Pulchra Leonina, which literally means ‘beautiful Leonese’. It couldn’t be more true! It’s also known as ‘the most French of the Spanish cathedrals’ because of its similarities to those of Saint Denis, Notre Dame and Reims. It was the first building declared a Monument in our country in 1844.

As you can clearly see, the outside already does it justice. But the true surprise is inside. Thanks to the technique of flying buttresses , the Gothic architects were able to reduce the walls and give more height to the naves, taking advantage of the space to let in light. In León, this was taken to the extreme: some 1,764 square metres of stained glass, the most notable in the world, along with that of the Cathedra de Chartres. With the outside light, these immense naves become a cascade of colours and shapes. Spectacular! 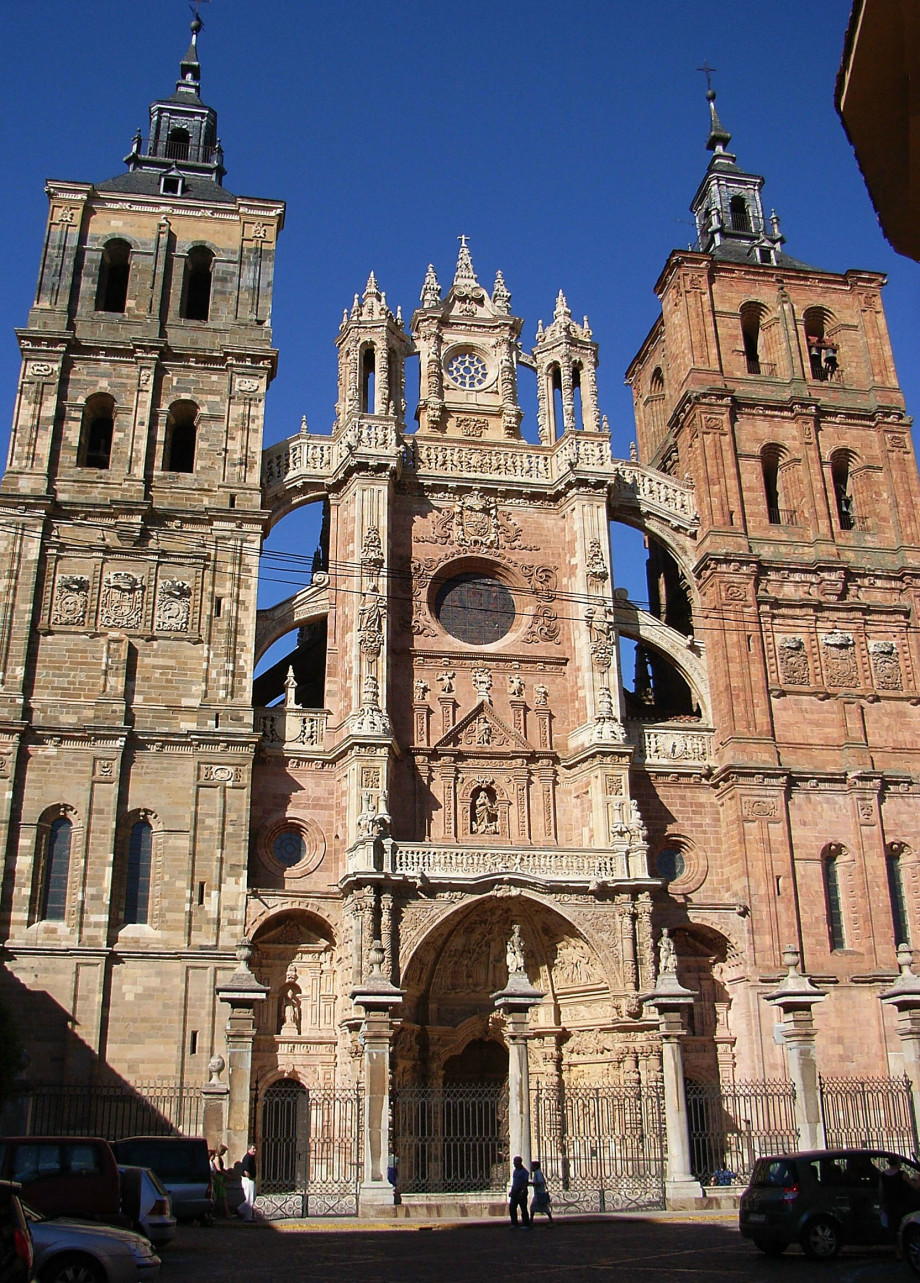 Construction on the Catedral of Santa María de Astorga began during the reign of Fernando I and Sancha. Little remains of the original temple, but the later construction, however, is well-known: in 1471 the first stone was laid of the new Gothic temple, with successive expansions and renovations in the seventeenth and eighteenth centuries, in tune with the architectural styles of those periods (Renaissance and Baroque).

The main façade is notable and considered one of the most important works of Leonese Baroque architecture and with a well-worked stony altarpiece. An interesting point is the orientation of the building, towards the northwest, breaking from the norm (towards the East, in the direction of the Holy Land. Inside the temple, you should stop and contemplate the altarpiece of the main altar, whose construction was put to a tender. The architectural team of Gaspar Becerra won with his new project, which introduced original construction techniques. 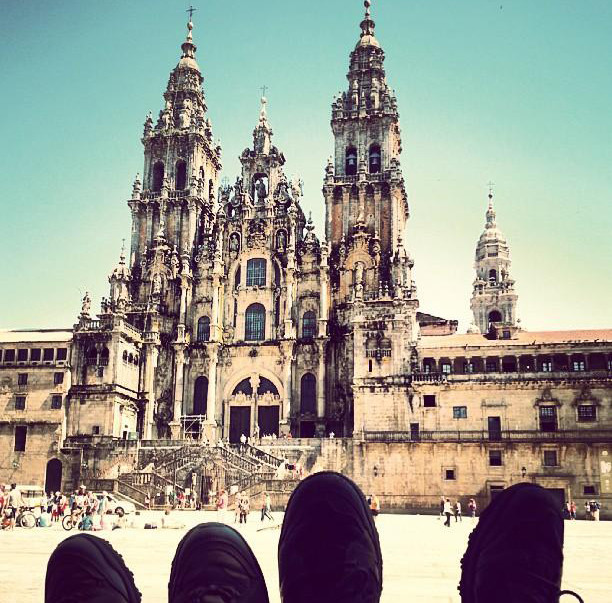 Consecration: initially, in 899 and after subsequent construction, re-consecrated in 1211.
Style: Romanesque and Baroque
Official Website

We're sure that when you think of Santiago de Compostela, the first thing that comes to mind is the façade of the Obradoiro of the Cathedral. After hundreds of kilometres, the emotion that this image stirs in pilgrims makes the countless tears of joy on the plaza a common sight.

Beyond the facade, the whole cathedral is worthy of admiration: the "Portico de la Gloria", one of the most important Romanesque works, was the very first thing pilgrims saw upon arrival. Millions of pilgrims rested their hands on the mullion column and banged their heads in the 'Santo dos Croques'. Both rituals were followed until 2005, when they were banned for good reason. Inside, there are always tourists or pilgrims completing the rituals of embracing the Saint and visiting his grave.

It is also worth visiting the Museum and roof tops, a unique way to see Santiago. You should definitely walk around the building, passing through the squeares of the Inmaculada (also known as Azabachería), Quintana (where the Holy Door is), Praterías and back to the Obradoiro, where the Hostal dos Reis Católicos is also located, along with the Colegio de San Xerome (current Rector's Office of the University) and Pazo de Raxoi (home of the City Council of Santiago).

And these are just the cathedrals that you’ll find on the French Way! In future Postcards from the Camino, we'll tell you about the others that you'll also find on the different routes to Compostela. Meanwhile, enjoy this article and all of the art along the Camino de Santiago.