Gastronomy on the Camino: eight typical dishes for Holy Week 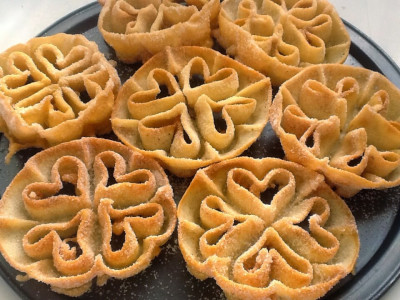 Holy Week is a long-established festival in Spain, not only characterised by the processions throughout the country (and we have already talked about some of these in our previous article) but also because of something that piques the interest of everyone: the dishes typical of Holy Week.

That Spanish gastronomy is one of the most diverse and delicious is no surprise, we’ve talked about it as such on our Twitter, but its level of diversity is such that it is one of the few that has dishes typical of Holy Week, something that many countries fail to offer. To learn more about this season’s gastronomy (and so that you can try a typical dish throughout your Camino), we’ve decided to list the eight most Delicious dishes typical of Holy Week. Let’s dig in!

Cod is one of the standout dishes of Spanish gastronomy during Holy Week. This is due to several factors, especially the religious prohibition of eating meat during this time, the ease of storing through salting and the perpetual low price of this fish, giving it the moniker “the fish of the poor”.

Since code is served on all table throughout the country, cod fritters are most likely the most popular form of preparation: mixing the cod with dough typical of fritters (water or milk, flour and milk), they are fried in olive oil to make a delicious dish typical of this season.

Typical of Castille and Leon, garlic soup has become even more important during Holy Week in places like Zamora, since it is eaten as breakfast after night processions. Prepared mainly with water or broth, bread, paprika and egg, this soup is a true culinary delight at this time of year.

What was once a religious obligation (eating during a wake on Lenten Fridays if the bull of meat has been acquired), today it is a pleasure gaining prominence during Holy Week.

The traditional recipe for wake potage is based on ingredients available in house pantries: legumes, vegetables and, of course, cod. From there, the recipes vary according to the preparer, some using chickpeas (the most traditional option), bean or even lentils like legumes and spinach, chard, greens or cabbage, among other options, like vegetables. No matter what you try, you will love it. 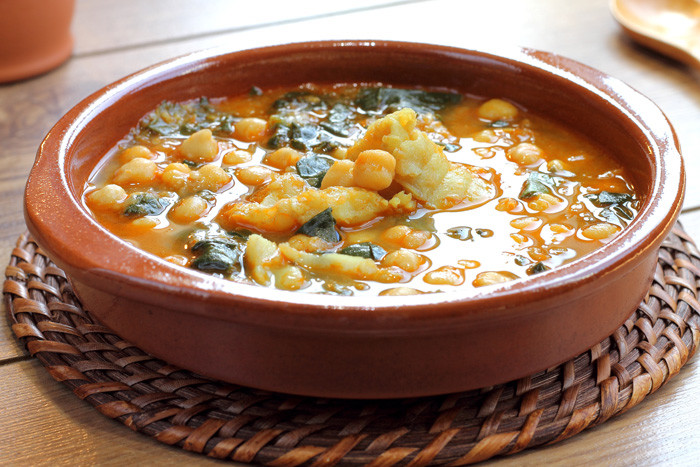 This plate is not strictly for Holy Week, although it is directly linked to it: it is characteristic of Salamanca on Water Monday, a festivity that is celebrated as a rupture of penance that has been carried out during Lenten Monday following Easter Monday. But why a rupture? Because inside this kind of stuffed pie we can find ingredients such as loin, ham or chorizo, all of which are forbidden during Lent.

Like many other dishes typical of Holy Week, widow potatoes today are usually eaten at any time of the year, the absence of meat in the recipe with the presence of paprika make this dish something characteristic of Lent (paprika was used to give dishes flavours lost when not including meat). Traditional of Castille and Leon, this dish is something we can find throughout the entire country. 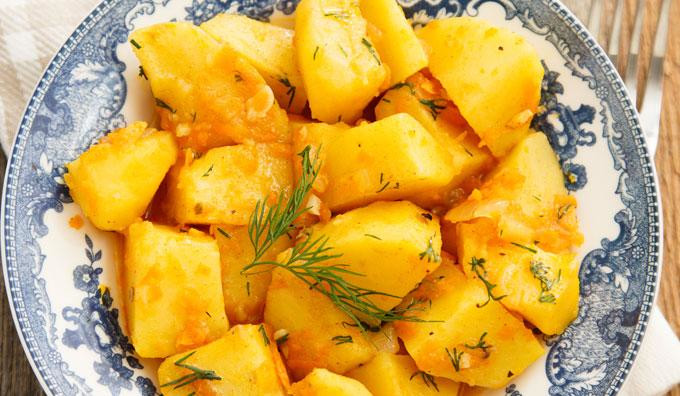 The absence of meat in Holy Week recipes seems to have been substituted with sugar, since desserts typical of these festivities are many and quite rich. Sweet flowers is one of these cases: prepared from dough made from milk, eggs and wheat flour, these fried desserts were able to spread over much of the peninsula so much so that today in Galicia they are no longer expected just during Holy Week, but are already being prepared since Carnival.

Torrijas are a dessert that have a long history and tradition (there is talk of this dessert in the fifth century, even though the first documentation is from the fifteenth century). Made from slices of bread soaked in milk, battered and fried, they are usually sweetened with honey or sugar. They are very popular throughout Central and South America thanks to the diverse migratory currents leaving Spain throughout the centuries. 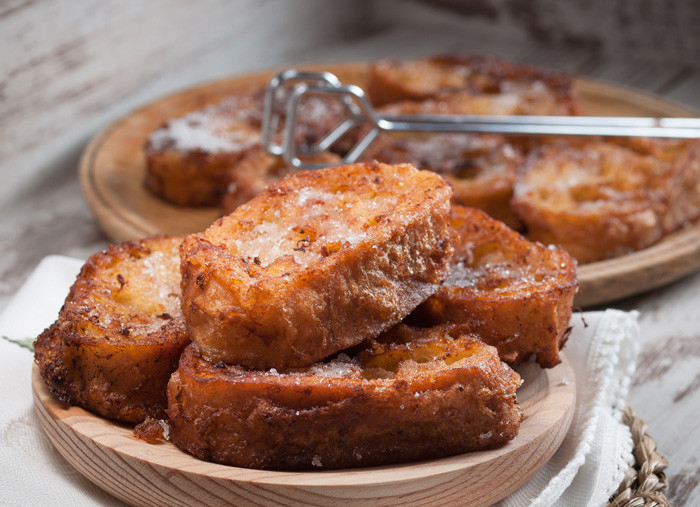 Although pestiños are made in other areas too, the truth is that they are native to Andalusia, where we can find them at least since the sixteenth century. It is basically a dessert prepared with flower that it then fried in oil and rolled in sugar; its preparation is extremely simple and the result is delicious. We do not know why or when it became a traditional Easter dessert, but the reality is that many are waiting for this time to come around to indulge in a few pestiños (and who could judge them? :D)

We've come to the end of this review of some of the most delicious dishes typical of Holy Week. If you've enjoyed this article, don't hesitate to share it and sign up for our newsletter to keep up to date with all the information on the Camino de Santiago, its places, it events...and its dishes ;)