World Oceans Day: The Way by the sea

The pioneer pilgrims from England and Ireland gave name to the English Way to Santiago, the first route by sea to Santiago de Compostela. The relationship between the Camino and the sea is one that is both very long and still very much alive. On World Oceans Day we discuss the routes that traverse the seas and travel the coasts, and are becoming increasingly popular.

As Spanish poet Antonio Machado wrote: 'let's open roads on the sea'. Come aboard and join us!

In the twelfth century, English and Irish pilgrims inaugurated sea routes up to the Galician coasts (Ferrol or A Coruña) from which they continued walking to Santiago. The name of the English Way attests to how popular pilgrimage was in the British Isles. The first noted pilgrims on this route were a group of crusaders who stopped in Compostela on the year 1147 before making their way to the Holy Land.

The journey was expensive, difficult and very dangerous. Today, pilgrims cross the oceans via plane, but upon reaching ground, more and more are choosing this route, still little-known in comparison to others: in May, nearly 1,000 pilgrims arrived through the English Way. The natural and cultural wealth of this area is great. It is a good option if this is your first encounter with the Camino de Santiago or if you have a short holiday period.

If you enjoy the coast but are not feeling adventurous enough to board, the Northern Way may be a good option. 670 kilometres of coastline between Irún and Ribadeo, where you can enjoy all of the Cantabrian richness. On this coast you can find some of the best beaches in Spain (however, the waters are quite cold): the Playa de la Concha (San Sebastian), Silencio (Asturias), Itzurun (Guipúzcoa), Laredo (Cantabria) or Catedrales (Lugo), etc. 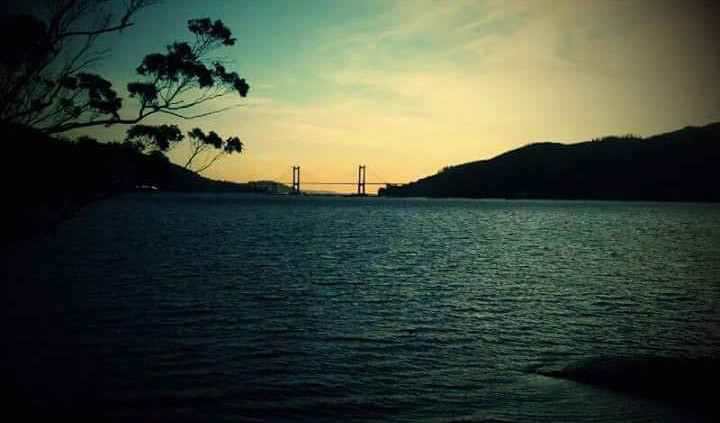 The Coastal Portuguese Way runs to the Atlantic shore and enters Galicia crossing the Miño river in Caminha, via ferry, or through Valença do Minho on foot along the old railway bridge. Already in Galicia, the route runs along the coastline of the province of Pontevedra to Redondela, where we turn inland to reach Santiago.

It is an infrequently travelled road, without steep slopes, nice weather and coastal landscapes that are worth the trip alone. An interesting fact: the Portugués was the Camino most travelled during the nineteenth century because of political instability in Europe after the French Revolution and the invasion of Spain by Napoleon's troops. 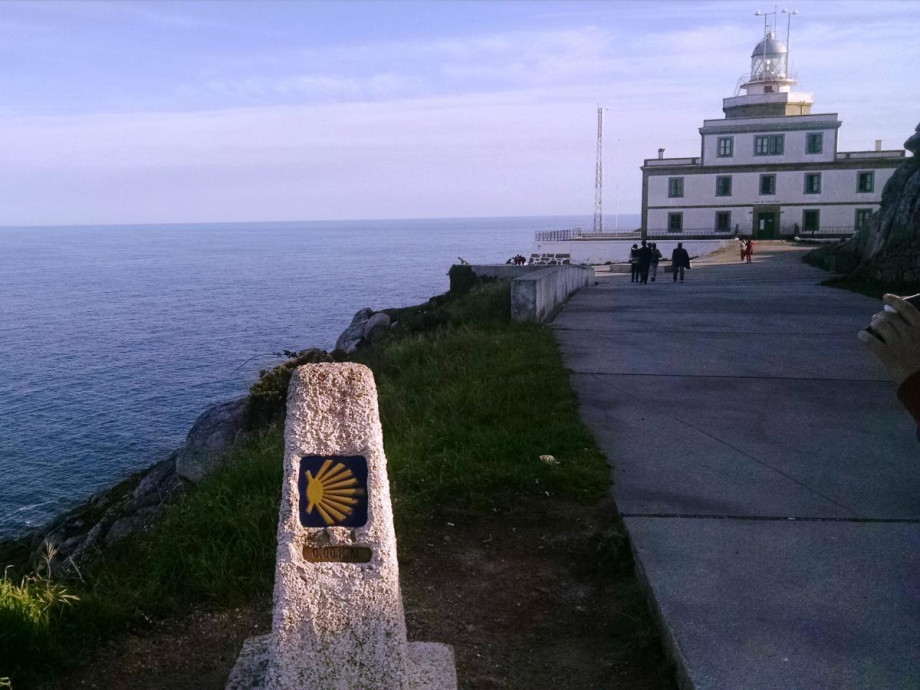 Reaching the 'Zero Kilometre' on the Camino de Santiago is year after year becoming a tradition: more pilgrims continue there after arriving at Compostela. And it's not surprising, the beauty and magic of this last corner of the Earth and of the Camino that leads you here is truly something to witness. Much of the Costa da Morte has environmental protections that have allowed conservation of virtually untouched areas anchored in time.

On this route, you'll also be able to visit places where the sea builsds the character of people, life and culture. In many villages on the Costa de Morte, fishing remains a regular trade in which sailors and shell fishermen take great pride despite the dangers they are exposed to every day.

The Antarctic Camino, the longest journey 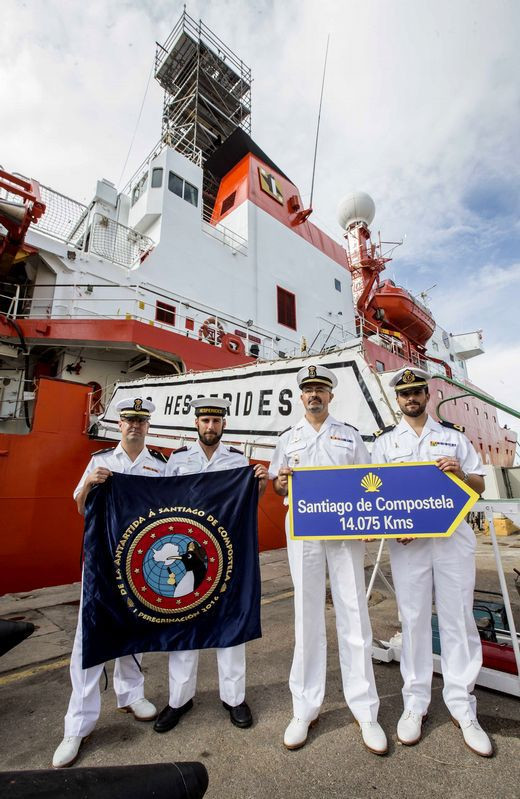 14,075 kilometres. This almost unimaginable distance is what separates Antarctica from Santiago de Compostela. The crew of the BIO Hesperides, one of the oceanographic research vessels of the Spanish Armada, has embarked (quite literally) on an adventure of opening, signalling and inaugurating this route, taking advantage of its annual research trip.

The odyssey of this military group (who have already been dubbed 'pingüigrinos' or 'penguin-pilgrims') began on 28 February when they left from the Gabriel de Castilla base in Antarctica, bringing with them a commemorative pennant given by the Federation of Friends of the Camino Associations. Like all pilgrims, this expedition has its own Credentials, which since March include stamps from the Argentine ports of Ushuaia and Buenos Aires and many expect stamps from Compostela as well, where it is scheduled to arrive in June. If you want to follow the journey of the Hesperides, you can visit their blog 'Life on board'.

‘Sail the Way’, a new route by the Cantabrian Sea 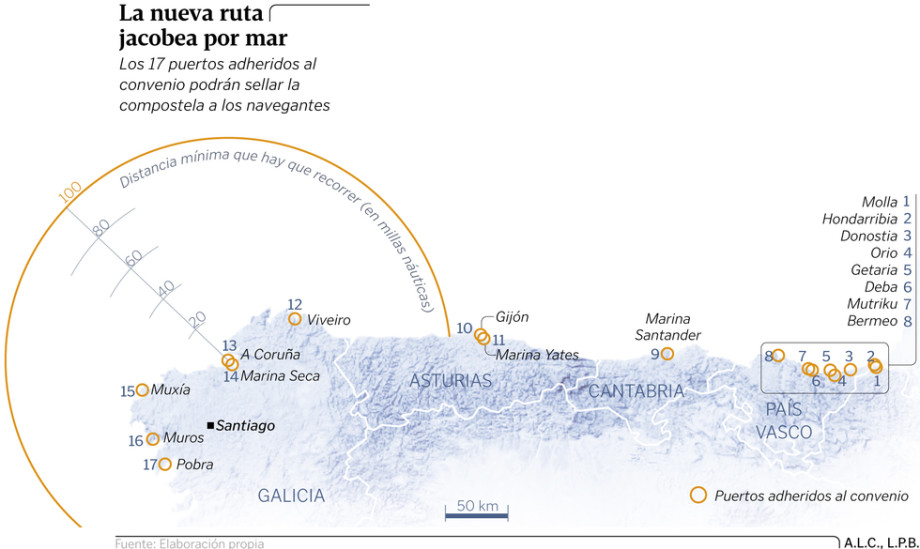 The latest addition to the maritime Ways to Santiago has been just christened with the name 'Sail The Way / Navega el Camino'. To get the 'Compostela' through this route, pilgrims will have to travel at least 100 miles of the Cantabrian coast plus the last stage between Monte do Gozo and Santiago de Compostela. The idea came from a group of sailing clubs from the Basque Country, Cantabria, Asturias and Galicia and the first pilgrims are expected to embark in Hondarribia and arrive in Santiago on 27 July.

Watch this video to learn more about this route and the tradition of sailing the Camino.

Have you travelled any of these coastal routes? Have you navigated the Camino Inglés? Have you seen Kilometre Zero? If so, tell us what you liked best and why you chose to walk beside the sea.

Until next week… Buen Camino!